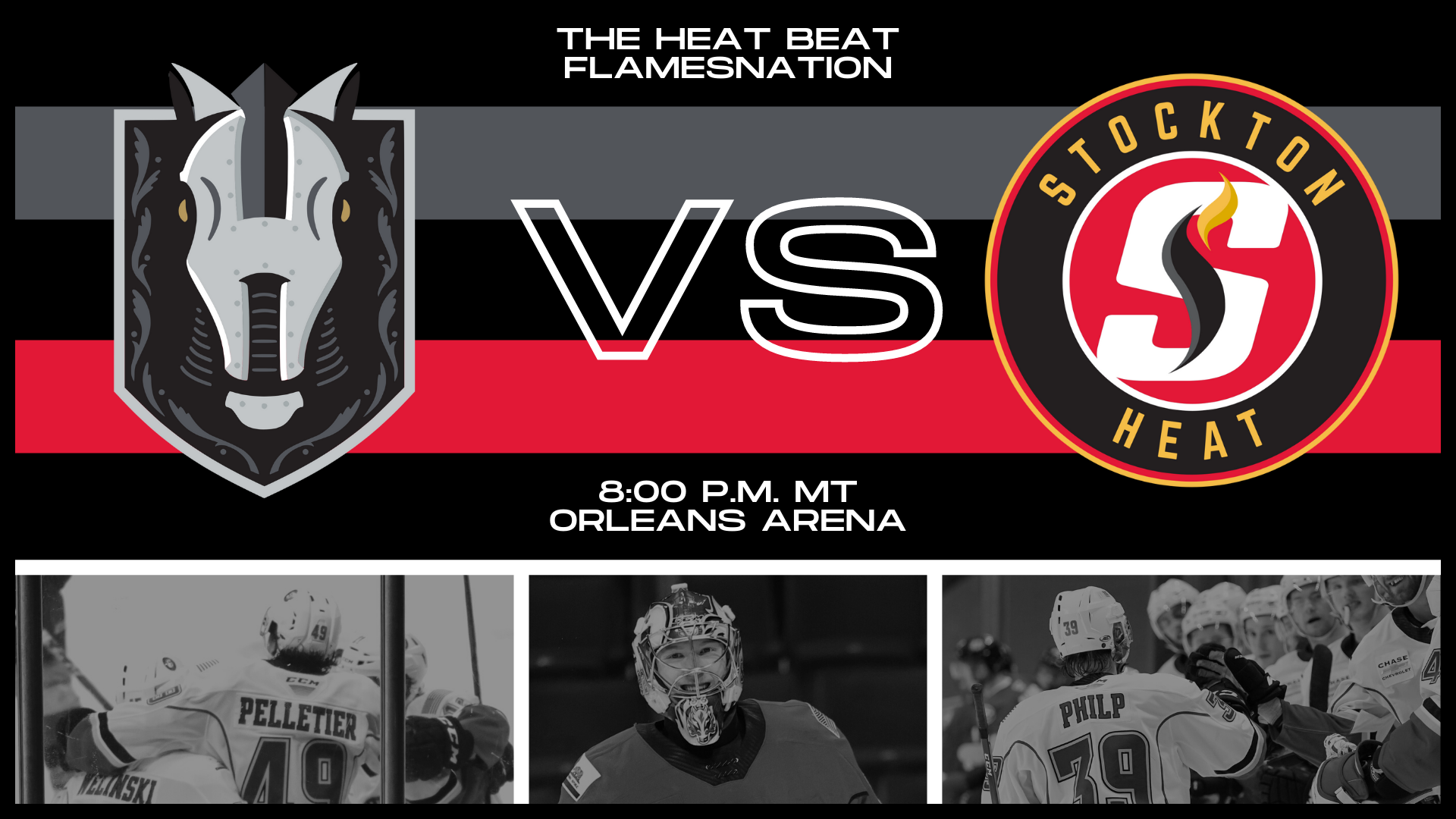 By Mike Gould
1 year ago
On Wednesday, the Henderson Silver Knights will play host to the Stockton Heat for the first time.
The Silver Knights are set to move to a brand-new building in Henderson, NV later this year. In the meantime, they currently play out of the Orleans Arena in the Las Vegas suburbs.
Of note: Orleans Arena is the former home of the now-defunct Las Vegas Wranglers, the Calgary Flames’ ECHL affiliate from 2003 to 2009. Former Flames defenceman @Deryk Engelland played two seasons with the Wranglers from 2003 to 2005 and ended up settling in Vegas; Glen Gulutzan coached the Wranglers during their entire affiliation with Calgary.
On the ice, Henderson is one of the stronger teams in the AHL’s Pacific Division. At 15–8–3 on the season, the Silver Knights rank third in the Pacific (but still sit 12 points back of the Heat).
Stockton improved to 21–5–3 on the year after its dramatic 5–4 comeback win over the Ontario Reign on Sunday. @Matthew Phillips led the way with three points in the victory; @Dustin Wolf made 23 saves and improved to 16–1–2 on the season.

Stockton — @Martin Pospisil couldn’t have picked a better time to break his 10-game goalless drought. The 22-year-old forward buried @Matthew Phillips’ feed late in the third period against the Ontario Reign on Sunday to tie the game at 4-4. One of Stockton’s most physical prospects, Pospisil currently ranks 10th on the Heat with five goals and 12 points in 21 games.
Henderson — @Colt Conrad has a history with this Stockton Heat team. While playing with the Toronto Marlies last season, Conrad caught Phillips with a dirty knee-on-knee hit — causing Pospisil to step in. Conrad, 24, has five goals and nine points in 21 games with the Silver Knights this year.

Wednesday’s game in Nevada will be broadcast on AHL TV (subscription required) and on Spreaker (audio only), with the opening puck-drop set for 8:00 p.m. MT.
FlamesNation contributor Paige Siewert will provide live game updates on her Twitter account. Additionally, you’ll be able to follow along at TheAHL.com.