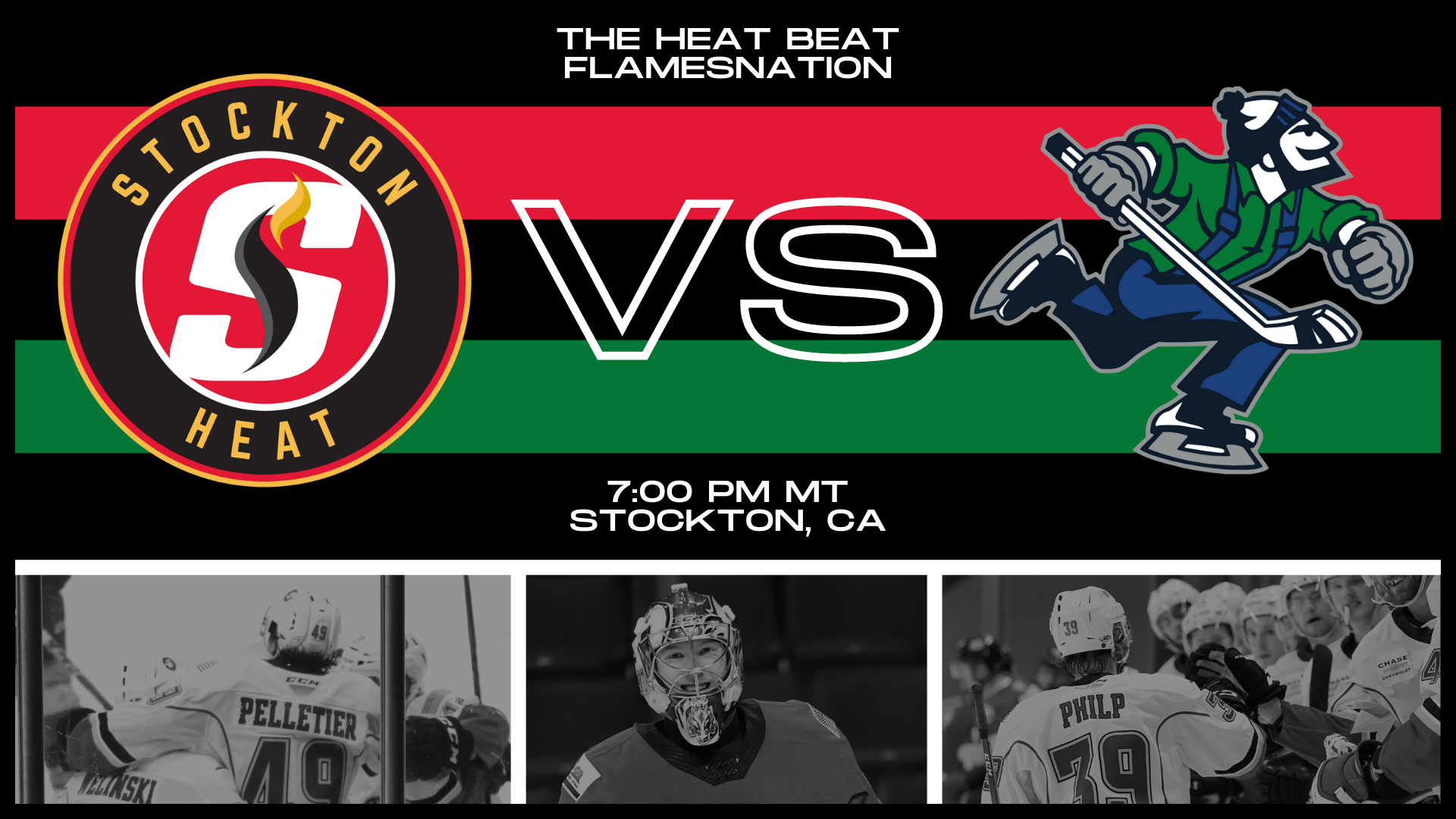 By Mike Gould
10 months ago
Stockton Heat forward @Matthew Phillips is closing in on breaking a pretty big team record.
The 23-year-old forward needs just one point in Friday’s home game against the Abbotsford Canucks (7:00 p.m. MT) to set a new high water-mark for most points by a Heat player in a single season.
Phillips has 25 goals and 57 points in 50 games with the Heat this season. Back in 2015–16, @Kenny Agostino racked up 23 goals and 57 points … in 65 games.
The Heat still have 15 more games to play this year. If Phillips is able to continue producing at his current rate, he should leave Agostino’s 57 points in the dust. He should … but will he?
As it happens, the Heat have two players who could break Agostino’s record this season. Rookie forward @Jakob Pelletier is up to 25 goals and 53 points in 52 games in 2021–22 and is in pursuit of a pair of different club records.
Agostino’s mark is in Pelletier’s sights. So is @Mark Jankowski’s rookie scoring record. Back in 2016–17 (the year of Stockton’s only playoff berth before this season), Jankowski racked up 27 goals and 56 points in 64 games.
It would take a big night at Stockton Arena for Pelletier to pass Jankowski, but Phillips needs just one point to officially become Stockton’s all-time single-season scoring leader. What better time for it to happen than on Latin Celebration Night?
Of note: Jankowski was 22 for the entirety of the 2016–17 season. Pelletier is 20. Barring a collapse (or, perhaps, an NHL recall), Pelletier should have a pretty good opportunity down the stretch to break Jankowski’s record.
Stockton has a 5–1–0 record against Abbotsford this season, although the most recent game of the season series (Feb. 27 in Abbotsford) ended 6–2 in the Canucks’ favour.
The Heat (37–11–5) currently lead the AHL with a .745 points percentage; the Canucks (30–19–5) have won four consecutive games and rank third in the Pacific Division at .602. The top seven teams in the Pacific will qualify for the 2022 Calder Cup playoffs.

It remains to be seen whether @Dustin Wolf will be in goal for the Heat on Friday, but if he is … watch out.
The 20-year-old goaltender has continued his fantastic play with the Heat of late, most recently stopping 25 of 26 shots in Stockton’s 3–1 win over the San Jose Barracuda on March 22.
Wolf’s numbers in his AHL rookie season are something straight out of a video game. He’s up to a 28–5–3 record on the year to go along with a .924 save percentage. Forget any top rookie awards — Wolf might be the best goalie in the entire league right now.

Friday’s game in Stockton will be broadcast on AHL TV (subscription required) and on Spreaker (audio only), with the opening puck-drop set for 7:00 p.m. MT.
FlamesNation contributor Paige Siewert will provide live game updates on her Twitter account. Additionally, you’ll be able to follow along at TheAHL.com.