Jacob Markstrom posts 16-save shutout in Game 1 against Dallas 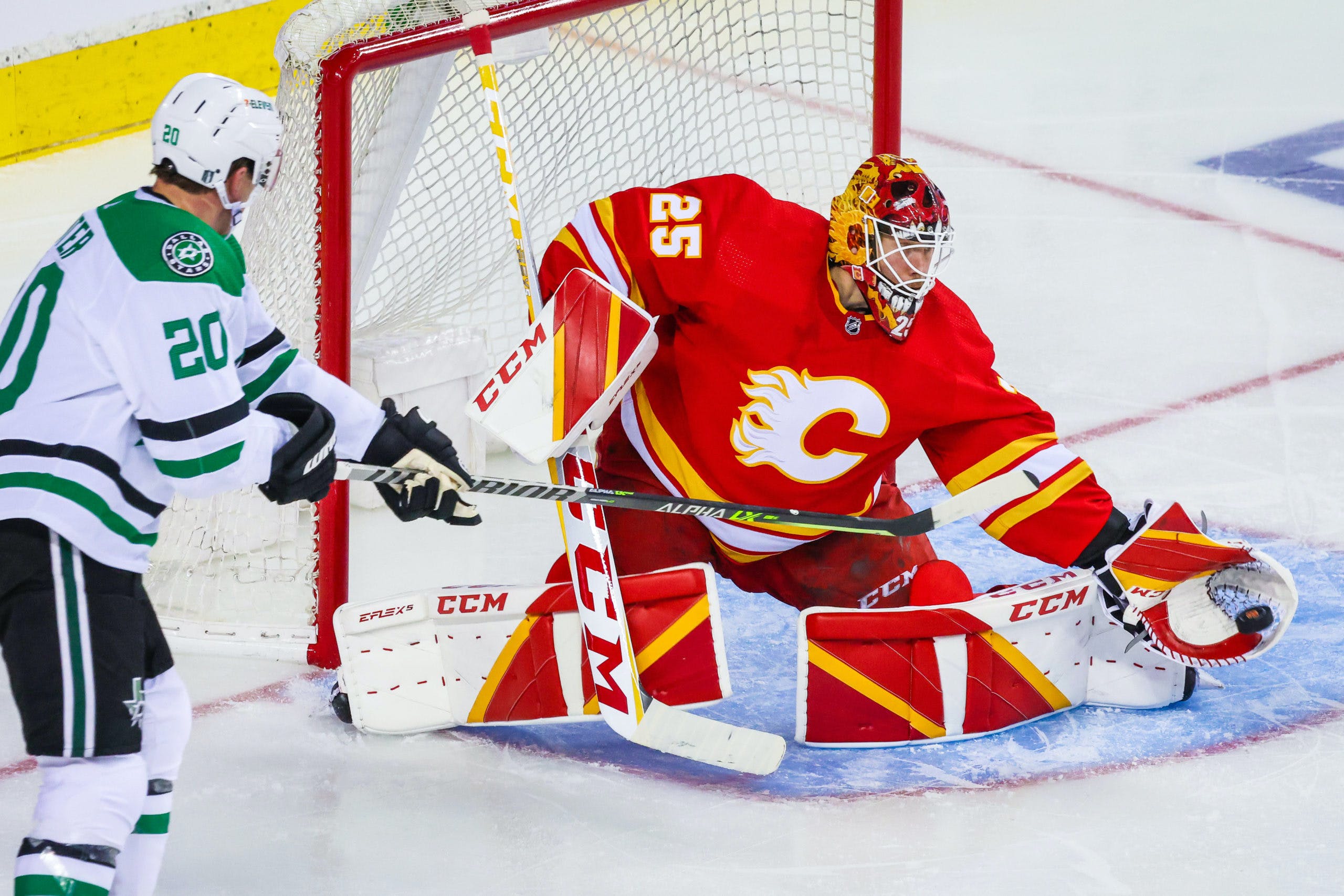 By Mike Gould
7 months ago
Calgary Flames goaltender @Jacob Markstrom stood tall in his team’s 1–0 victory over the Dallas Stars in Game 1 of the 2022 Stanley Cup Playoffs.
Markstrom made 16 saves — including 10 in the second period — as the Flames took a 1–0 series lead. The 32-year-old Swede was named the game’s first star in recognition of his performance.
In the Flames’ 50-year franchise history, only seven different goaltenders have combined to post 15 shutouts. Markstrom became the first Flames goaltender to record a playoff clean sheet since @Cam Talbot did so in Game 3 against the Stars in the 2020 first round.
Miikka Kiprusoff holds the Flames franchise record with six playoff shutouts, five of which came during the team’s run to the 2004 Stanley Cup Final. Here’s the Flames’ all-time playoff shutout leaderboard:
No Flames goaltender has ever made fewer saves in a playoff shutout than Markstrom’s 16 on Tuesday. Markstrom made a league-leading nine shutouts in the 2021–22 regular season, including a 15-save outing against the Vancouver Canucks on Jan. 29.
According to Natural Stat Trick, the Stars mustered up 0.77 five-on-five expected goals in Game 1 (compared to 0.87 for Calgary) and were outshot 26 to 16. @Elias Lindholm scored the lone goal for either team in the contest.
Barring an entirely unforeseen development, Markstrom will be back between the pipes for the Flames when they return to action on Thursday for Game 2 against the Stars.