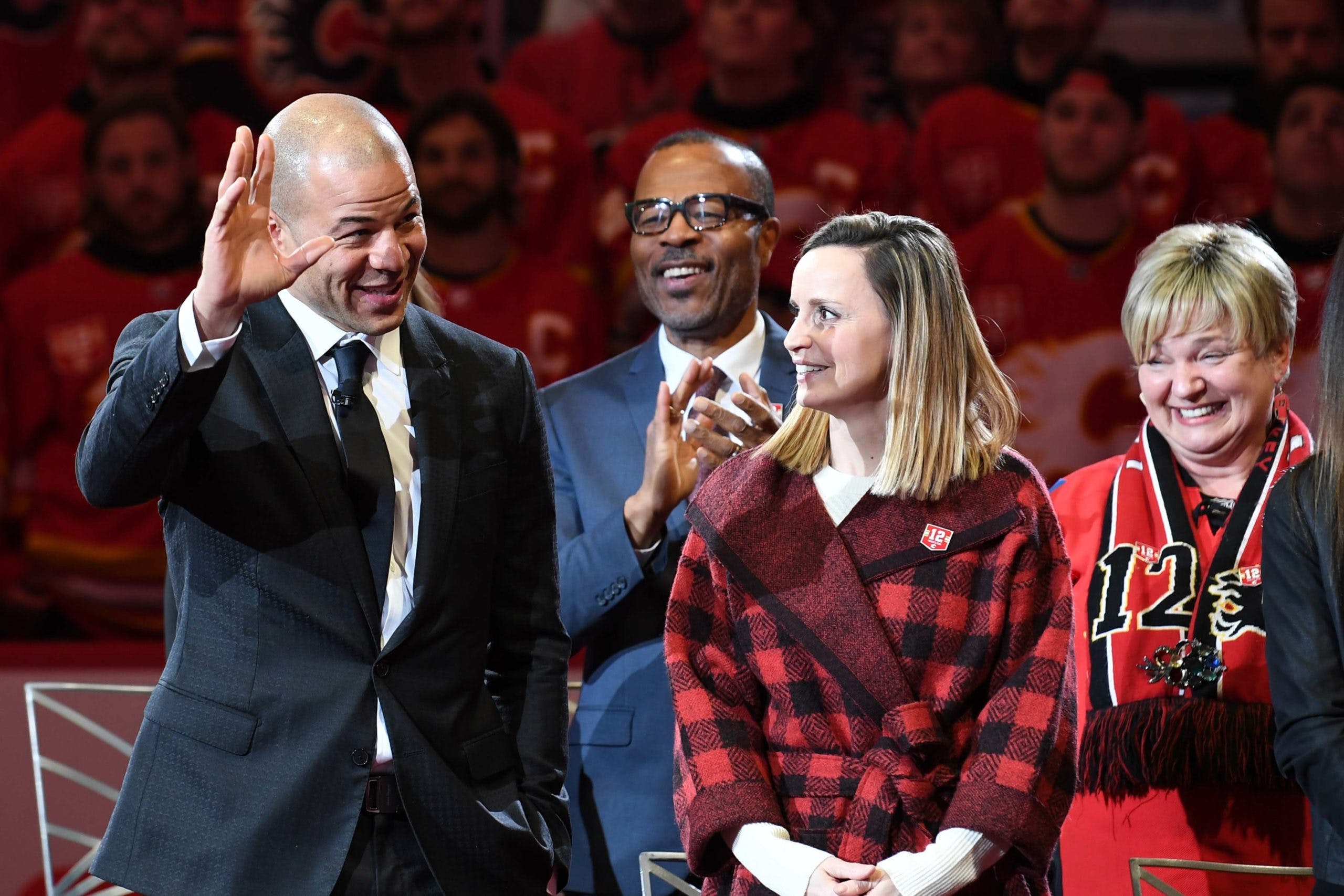 By Mike Gould
1 year ago
@Jarome Iginla received his commemorative ring on Friday as a member of the 2020 class of inductees into the Hockey Hall of Fame.
Iginla, 44, was selected to enter the Hall in his first year of eligibility after playing his final National Hockey League season in 2016–17. He enters the Hall as part of the class of 2020 alongside Kim St-Pierre, Marian Hossa, Kevin Lowe, Ken Holland, and Doug Wilson.
Here’s the video of Iginla receiving his ring, as posted to Twitter by Brendan Parker of Flames TV:
Due to the COVID-19 pandemic, the Hockey Hall of Fame opted not to induct a class for 2021. The ceremonial weekend for the 2020 class was delayed by a year. Iginla and his fellow inductees will deliver speeches at the official 20/21 Induction Ceremony on Nov. 15.
Later on Friday, Iginla and his fellow inductees will participate in pre-game festivities at Toronto’s Scotiabank Arena before the Calgary Flames square off against the Toronto Maple Leafs.
On Nov. 14, Iginla will play for “Team Niedermayer” in the Adidas Hockey Hall of Fame Legends Classic at Scotiabank Arena. Former Flames Robyn Regehr and Mike Cammalleri will also suit up as Iginla’s teammates in the alumni game.
Uncategorized
Recent articles from Mike Gould