WATCH: Johnny Gaudreau opens the scoring 10 seconds in against Kings 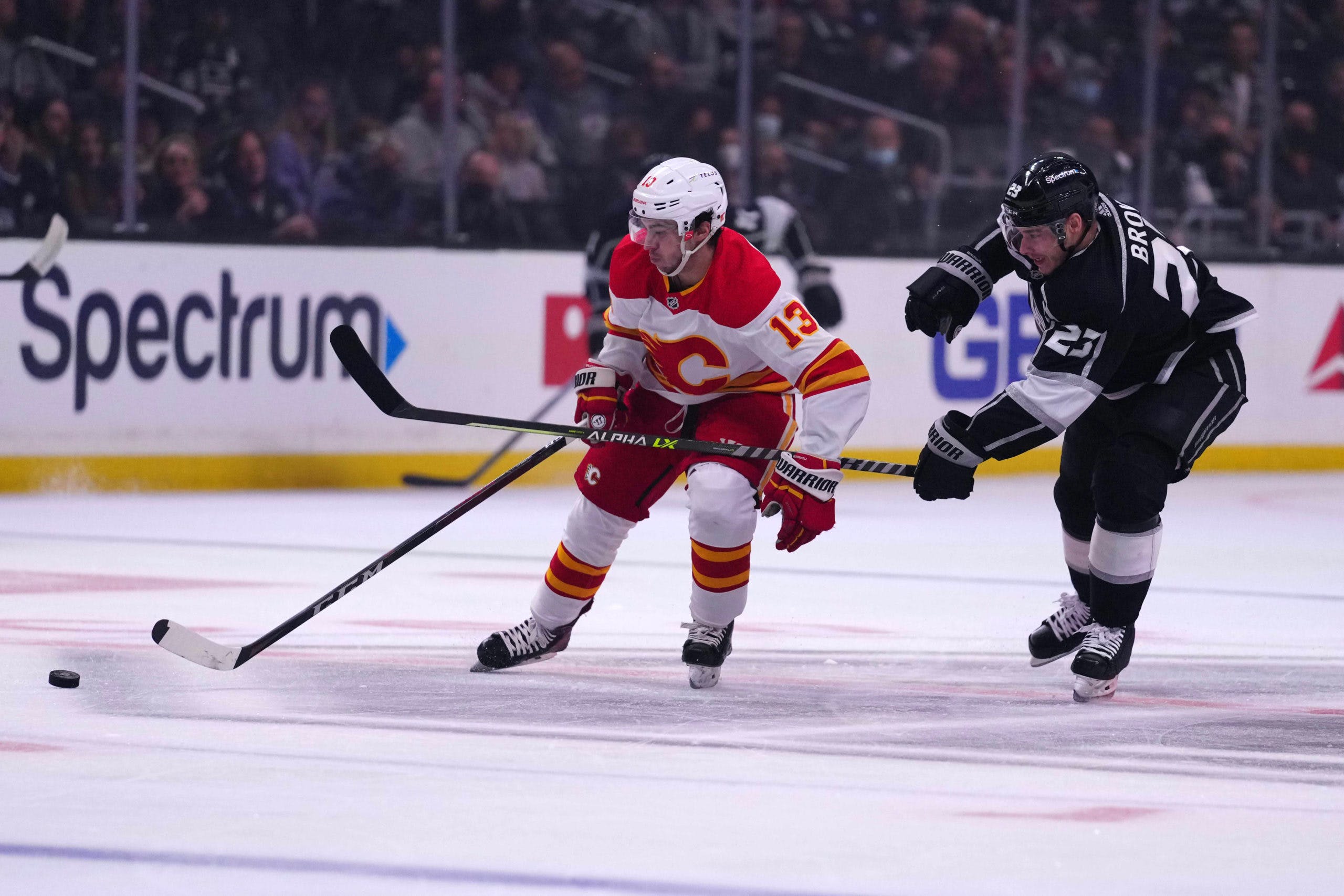 By Mike Gould
10 months ago
Calgary Flames forward @Johnny Gaudreau gave his team a 1–0 lead just 10 seconds into Monday’s game against the Los Angeles Kings.
After Flames defenceman @Rasmus Andersson dumped the puck into the offensive zone off the opening draw, Kings goaltender Cal Petersen came out of his net to help his teammates take possession.
Instead, the puck went directly to Gaudreau in the left corner. The 28-year-old winger immediately fired the puck back at Petersen, who was in the process of returning to his crease.
Gaudreau’s plan worked to a tee: the puck bounced right off Petersen’s equipment and into the back of the Kings’ net to make it a 1–0 game.
With his unassisted goal on Monday, Gaudreau now has 33 goals and 93 points in 69 games with the Flames this season. In 28 career games against the Kings, Gaudreau has nine goals and 29 points.
The Flames and Kings are currently tied at one late in the first period on Monday, with @Adrian Kempe scoring for the home side. Calgary previously defeated Los Angeles 3–2 at the Crypto.com Arena (then called the Staples Center) back on Dec. 2, 2021.