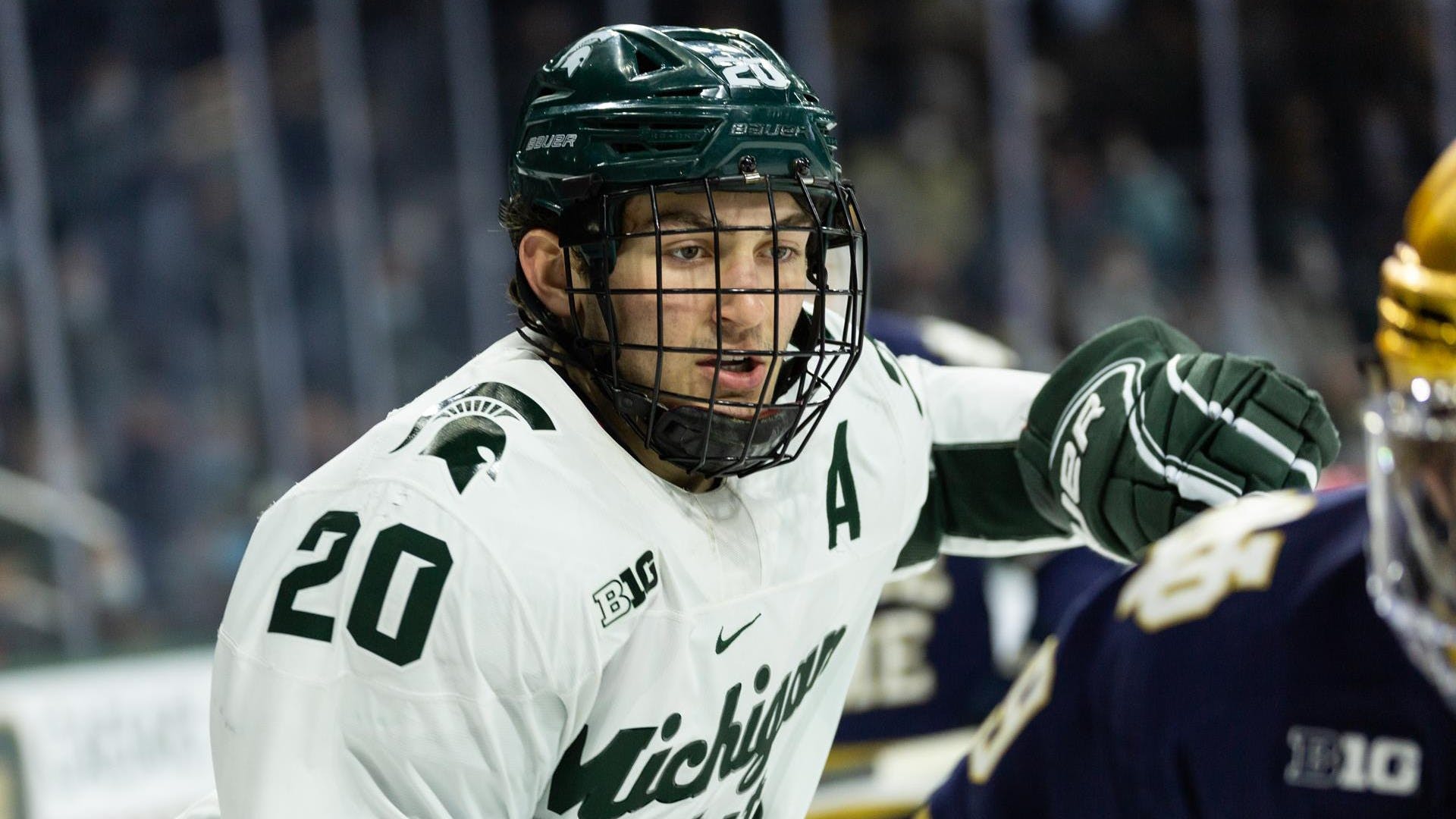 By Mike Gould
8 months ago
Calgary Flames collegiate prospect Josh Nodler is transferring from Michigan State University to the University of Massachusetts for the 2021–22 season, according to UMass sports reporter Nathan Strauss.
Nodler spent the first three years of his NCAA career with the MSU Spartans, racking up 13 goals and 34 points in 99 games. The Spartans compiled a 34–60–5 record over that span.
The Flames originally selected Nodler in the fifth round (150th overall) of the 2019 NHL Draft. He immediately left the USHL’s Fargo Force for the Spartans for his draft-plus-one season and emerged as one of the top offensive players on an inert MSU team in his sophomore year.
Nodler’s 11 points in 27 games with the Spartans in 2020–21 were enough for him to rank third in team scoring. He was one of just five players on the team to score three goals or more. The 2020–21 Spartans finished last in the Big Ten with a 5–16–1 record in conference games.
As a junior in 2021–22, Nodler served as an alternate captain and ranked sixth on the team with 15 points in 36 games (his seven goals ranked fourth). Despite playing his third year of college hockey at MSU, Nodler was the fifth-youngest player on the team.
Nodler will transfer from Big Ten competition to Hockey East with his move to UMass. Led by New York Rangers college UFA signing Bobby Trivigno, the UMass Minutemen won the Hockey East championship in 2021–22 after posting a 22–12–2 record during the season.
Despite being billed as a strong two-way forward during his time at MSU, Nodler hasn’t been able to produce at an exemplary level in his first three NCAA seasons. However, he’s relatively young for a player entering his senior year and his surroundings at MSU were far from ideal.
It’s safe to say Nodler will now have a chance to prove himself on a much stronger team in 2022–23. The Flames have until Aug. 15, 2024 to decide whether they want to sign Nodler to an entry-level contract out of college.