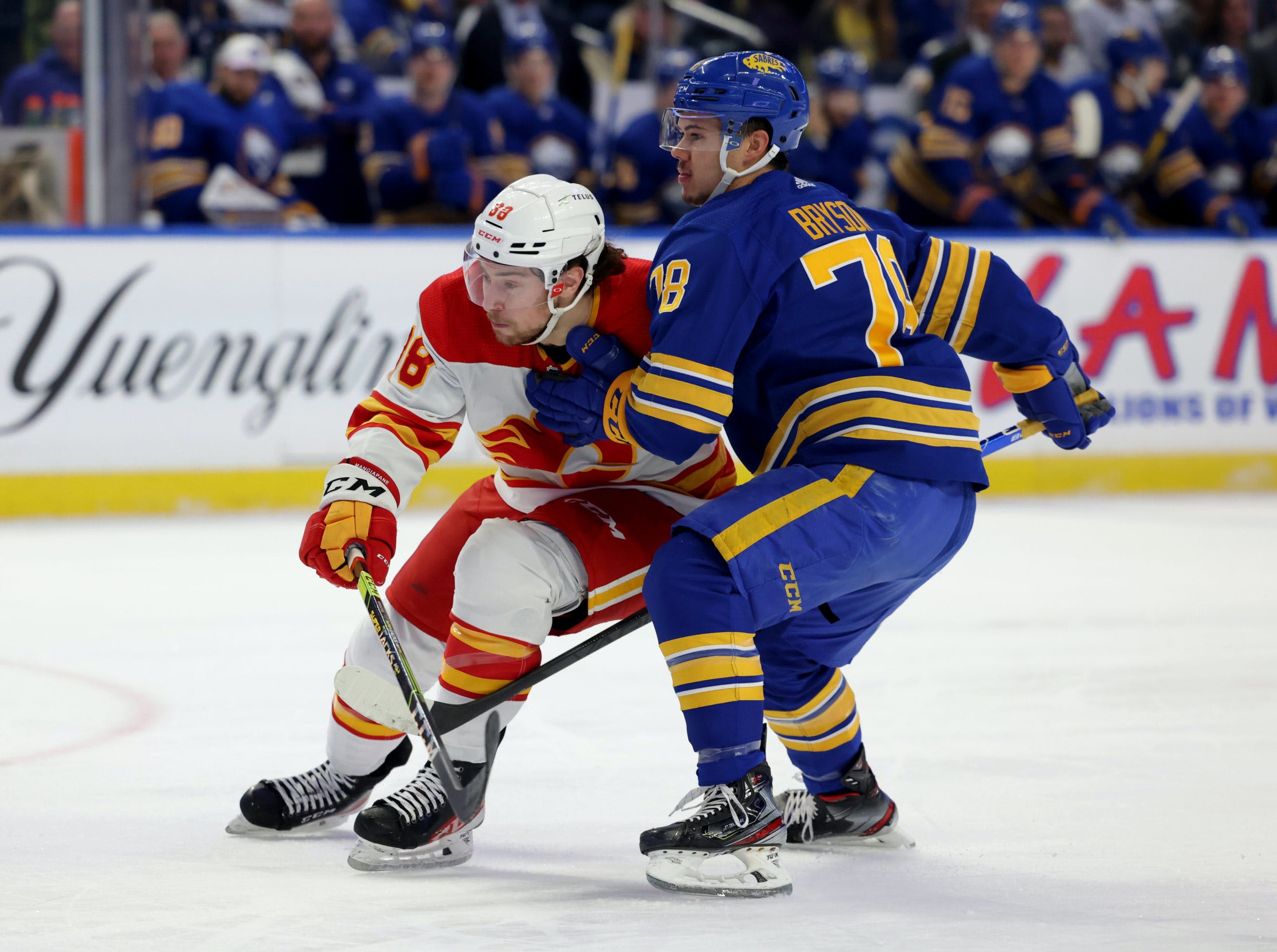 By Mike Gould
1 year ago
@Andrew Mangiapane’s next contract keeps getting more expensive.
The 25-year-old forward scored his 12th goal of the 2021–22 season late in the second period of the Calgary Flames’ game against the Buffalo Sabres on Thursday evening.
With the Flames already leading 3-0, Mangiapane led the rush out of his own zone and quickly found himself entering the Sabres’ end on a 2-on-1 with @Mikael Backlund.
Mangiapane sent a pass over to Backlund, who quickly dragged the puck around Sabres defenceman @Will Butcher before returning the puck to its original sender. Faced with a wide-open net, Mangiapane made no mistake for his second goal of the night.
@Leon Draisaitl, with 17, is the only player in the entire National Hockey League currently with more goals than Mangiapane. @Alex Ovechkin, @Chris Kreider, and @Kyle Connor also have 12 goals.
Mangiapane will be a restricted free agent at the end of the 2021–22 season. If he stays near the top of the league’s goal-scoring leaderboard, he could suit up for Team Canada at the 2022 Olympics in Beijing.
@Johnny Gaudreau also has two goals in Thursday’s game for the Flames, who lead Buffalo by a 5-0 score after two periods. @Matthew Tkachuk has the other marker for Calgary.