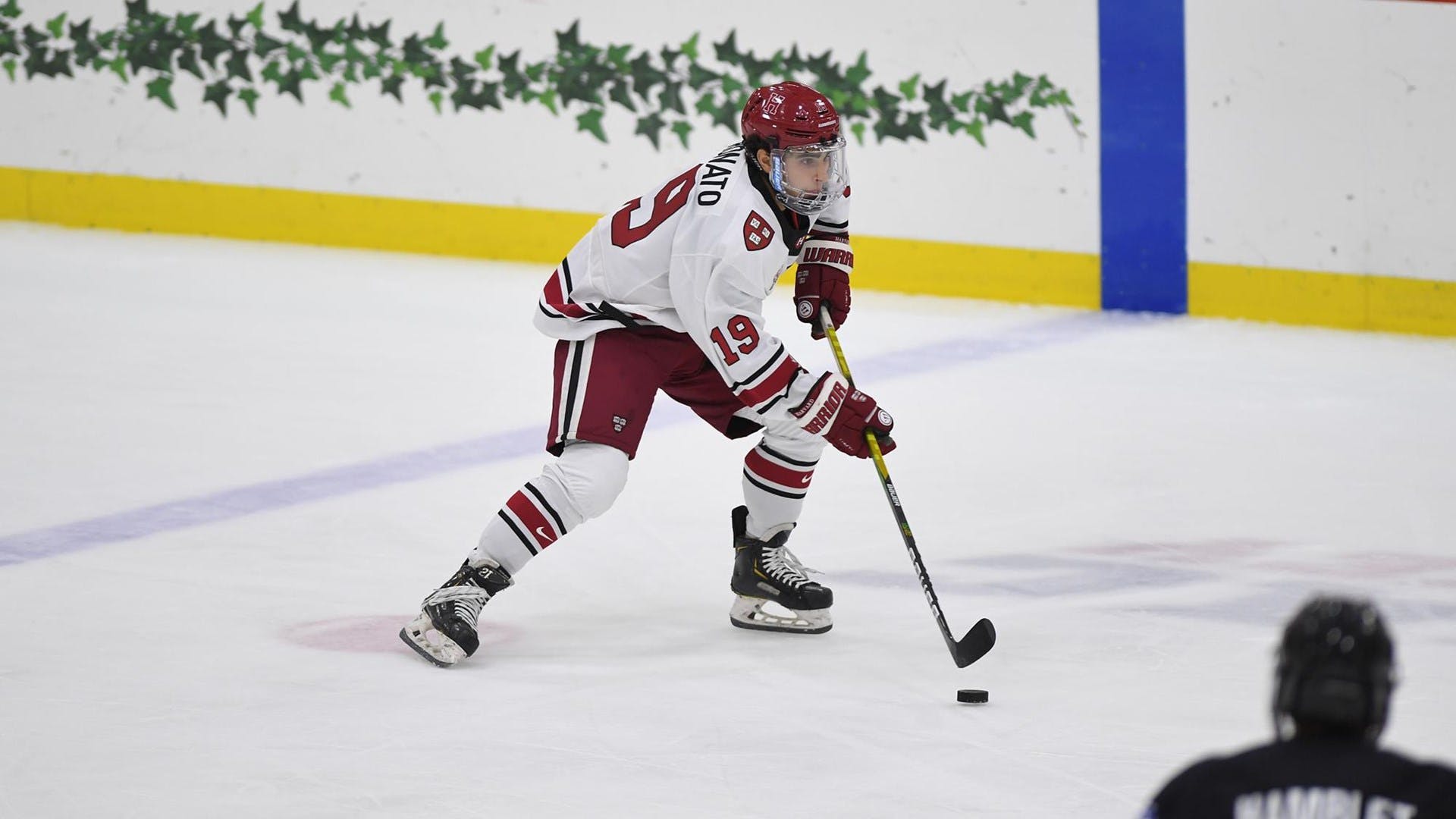 By Mike Gould
5 months ago
Calgary Flames prospect Matt Coronato put on a show to set up Team USA’s second goal of Tuesday’s game against Team Germany at the 2022 IIHF Men’s World Junior Championship in Edmonton.
Coronato, 19, deked past a German defender while entering the offensive zone on the power play before finding a streaking Logan Cooley with a perfect saucer pass.
Cooley, an Arizona Coyotes prospect selected No. 3 overall in the 2021 NHL Draft, tucked his own rebound past German goaltender Nikita Quapp to give Team USA a 2–0 lead late in the first period.
Coronato and Jack Peart were credited with the assists on Cooley’s goal, which came at the 18:01 mark of the opening frame. The goal came midway through a five-minute power play for Team USA.
The Flames originally selected Coronato in the first round (No. 13 overall) of the 2021 NHL Draft. The 5’10”, 183-pound right wing played the 2021–22 season as a freshman at Harvard University, leading the team with 18 goals and 36 points in 34 games.
Team USA currently leads Team Germany by a 4–0 score early in the second period. Luke Hughes, Landon Slaggert, and Red Savage have scored the other three goals for the Americans.
The 2022 World Juniors will run from August 9 to 20 at Rogers Place in Edmonton. Coronato is the lone Flames prospect playing at the tournament.