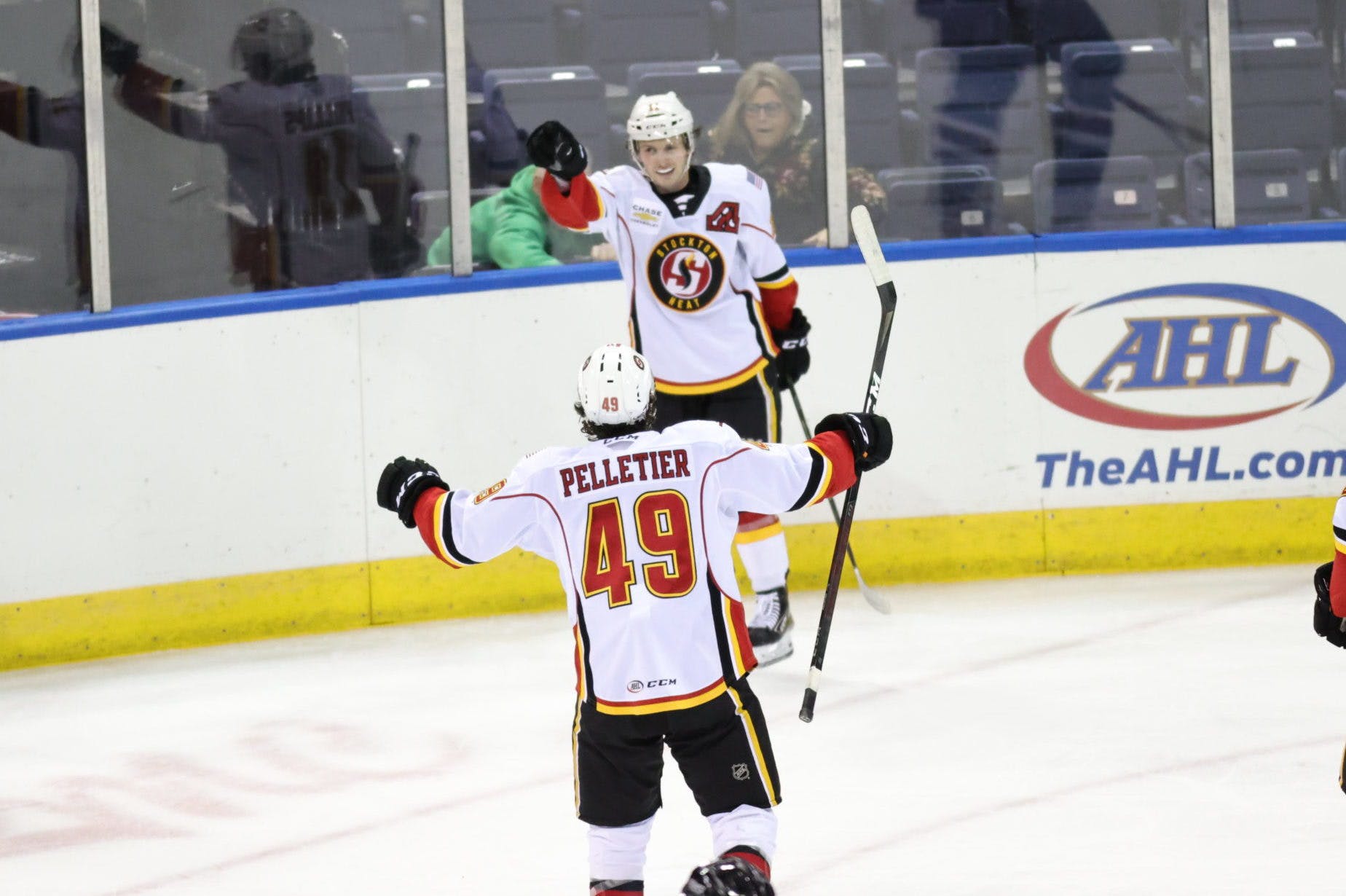 By Mike Gould
7 months ago
Calgary Flames prospect and Stockton Heat alternate captain @Matthew Phillips scored his 30th goal of the 2021–22 American Hockey League season on Friday, becoming the first Stockton player to ever reach that plateau.
Phillips, who turned 24 earlier this month, received a slick pass from linemate @Jakob Pelletier on a Heat odd-man rush before burying the puck past Abbotsford Canucks goaltender @Michael DiPietro.
Playing in his first AHL game, Heat goaltender @Daniil Chechelev recorded the secondary assist on Phillips’ 30th goal of the year. Chechelev made 28 saves as Stockton ultimately fell in overtime by a 5–4 score.
Phillips currently ranks eighth in AHL scoring (and first on the Heat) with 67 points in 62 games; his 30 goals are tied for sixth. The 5’8″, 165-lb. forward also ranks 27th in the AHL (and third on the Heat, behind @Justin Kirkland and Pelletier) with 173 shots on goal; Phillips has converted on 17.3% of his shots this season, only slightly above his AHL career average of 16.8%.
Before Phillips reached the 30-goal mark on Friday, no player in Stockton Heat history had ever hit that mark. The Adirondack Flames also never had a 30-goal scorer, while the Abbotsford Heat had one: Krys Kolanos, who scored exactly 30 goals in 47 games at age 30 in 2011–12.
@Justin Kirkland, @Glenn Gawdin, and @Byron Froese also scored for the Heat in their 5–4 overtime loss to the Canucks on Friday; Pelletier racked up four assists in the game. With Phillips now just three points shy of 70 on the year, the Heat will return to action on Saturday to take on the Bakersfield Condors at 8:00 p.m. MT.