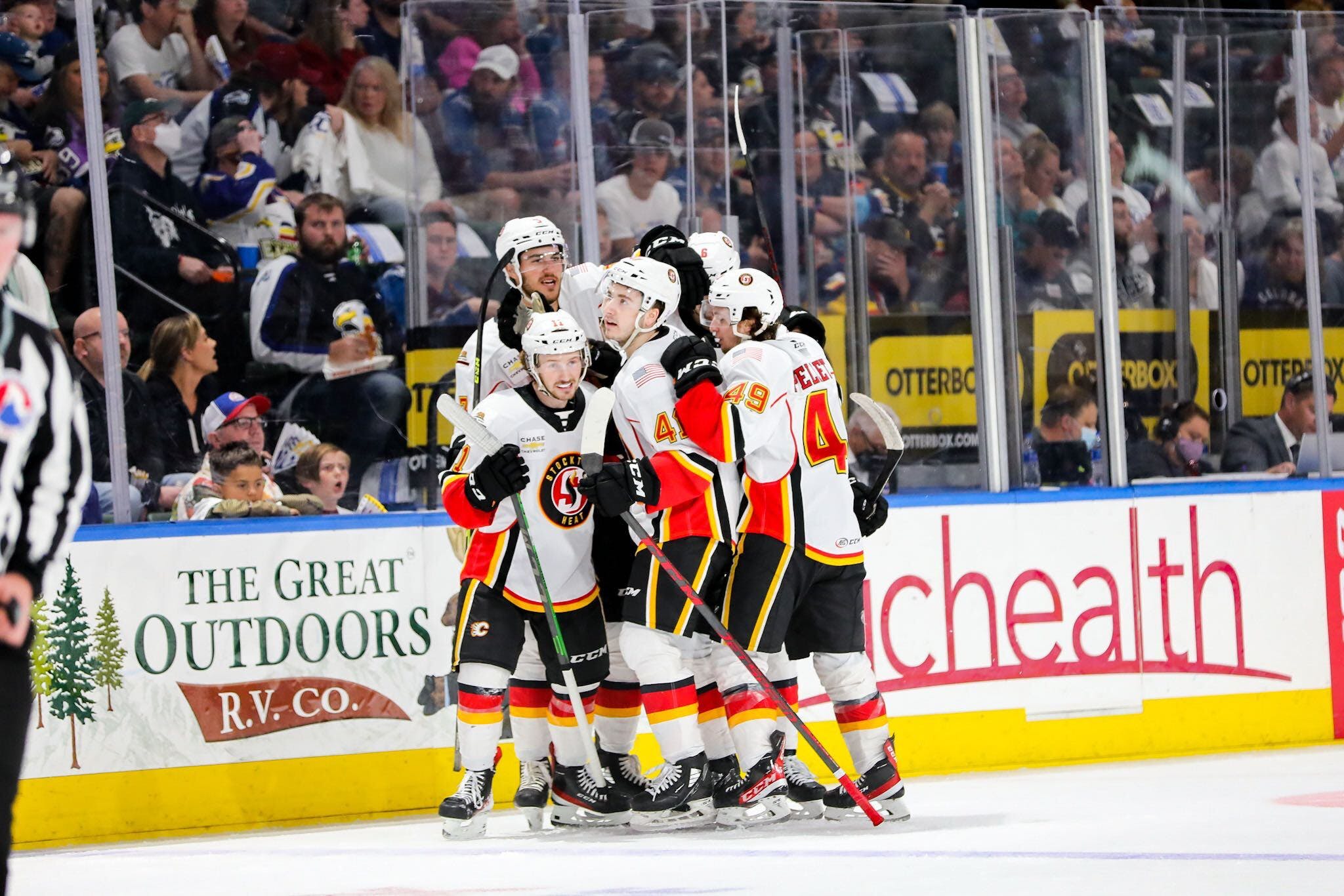 By Mike Gould
8 months ago
Calgary Flames prospect @Matthew Phillips scored a pair of beautiful goals on Friday as the Stockton Heat took on the Colorado Eagles in Game 3 of the AHL Pacific Division Final.
Phillips, who just turned 24, also assisted on @Jakob Pelletier’s goal late in the first period. The Heat entered Friday’s action with a 2–0 lead in the best-of-five series, needing just one more victory to advance to the Western Conference Final.
Shortly after Shane Bowers gave the home side a 1–0 lead midway through the opening frame, Phillips responded with a perfect snipe past Colorado goaltender @Justus Annunen to even the score at the 13:54 mark.
@Jakob Pelletier picked up the lone helper on Phillips’ second goal of the 2022 Calder Cup Playoffs.
After making a nice defensive play in his own zone to help create the rush that preceded Pelletier’s goal, Phillips scored again early in the second period to give the Heat a 3–1 lead.
With Stockton on the power play, Phillips received a pass from @Andy Welinski at the right faceoff circle and fired a wrister that somehow found space over Annunen’s left shoulder.
Welinski and @Justin Kirkland recorded the assists on Phillips’ highlight-reel tally.
Playing in his fourth full American Hockey League season with the Heat after making the jump from the Western Hockey League in 2018, Phillips set team records in virtually every offensive category in 2021–22.
The 5’8″, 165-lb winger led the Heat with 31 goals and 68 points in 65 games this season. The Flames originally selected Phillips in the sixth round of the 2016 NHL Draft.
The Heat and Eagles are currently tied at three after 40 minutes of play at the Budweiser Events Center in Loveland, CO. Stockton currently had 28 shots on goal through two periods, compared to 23 for Colorado.