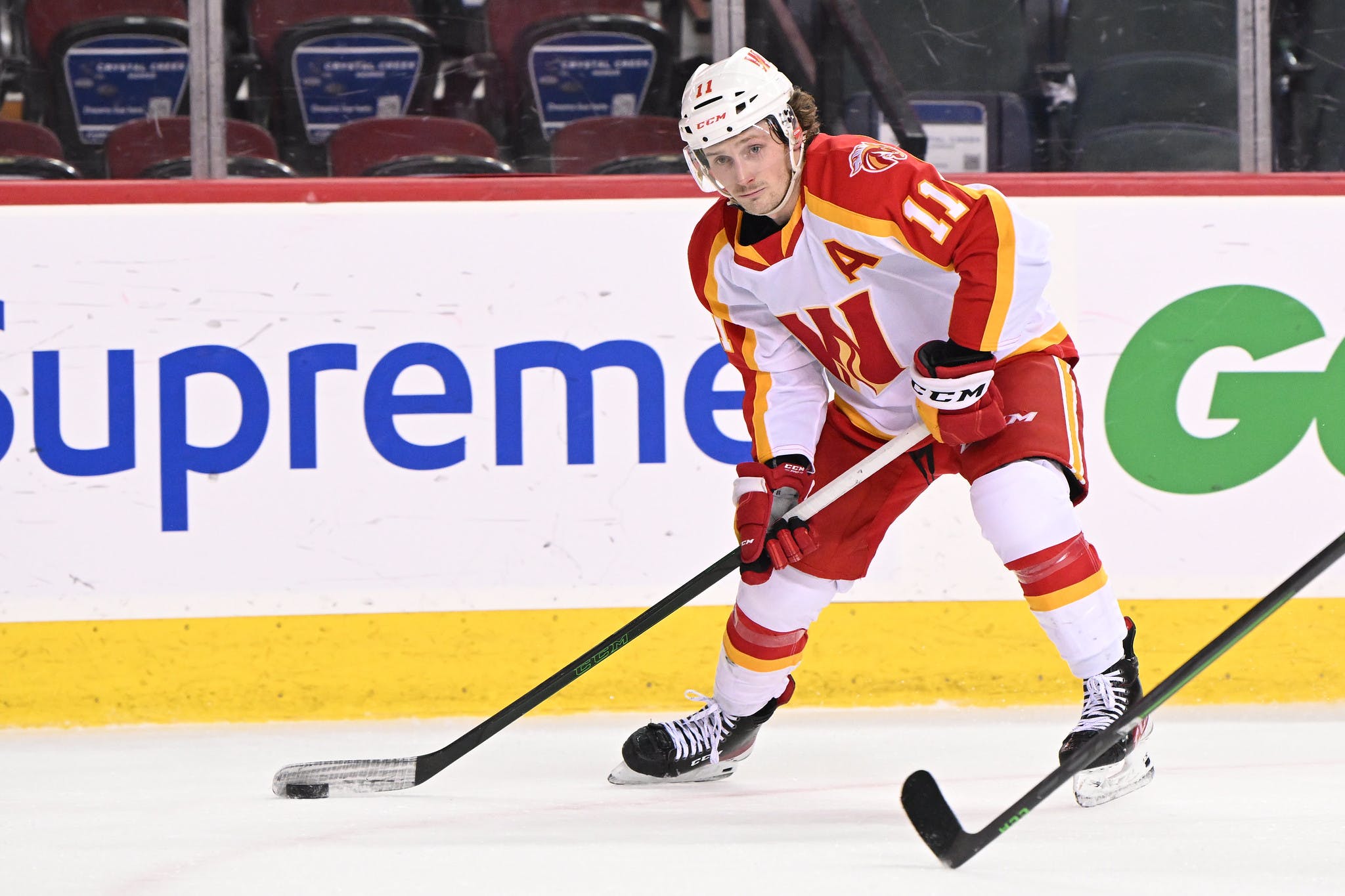 By Mike Gould
2 months ago
Calgary Wranglers forward Matthew Phillips has been named the American Hockey League’s player of the week.
Phillips, 24, scored three goals and nine points in four games between Nov. 21 and 27. The Calgary, AB product now leads the entire American Hockey League with 13 goals and 26 points in just 18 games this season.
Bolstered in large part by Phillips’ contributions, the Wranglers have been the AHL’s hottest team over the last month. They’ve gone 9–1–1 in their last 11 games and sit two points back of the Colorado Eagles for first place in the Western Conference.
The Flames originally selected Phillips in the sixth round (No. 166 overall) of the 2016 NHL Draft. The 5’8″, 160-lb forward made his AHL debut with the Stockton Heat in 2016–17 and emerged as a full-time contributor with the club in 2018–19.
Phillips has led the Flames’ farm team in scoring in each of the last three seasons. He finished ninth in league scoring in 2021–22 with 68 points (31 goals, 37 assists) in 65 games before adding eight points in 13 playoff contests as the Heat reached the fourth round of the 2022 Calder Cup Playoffs.
In 217 career AHL games with the Heat and Wranglers, Phillips has scored 80 goals and 187 points. He’s the all-time leading scorer in Stockton Heat history and also holds that distinction in the early existence of the Wranglers in the AHL.
A trio of Flames draft picks currently occupy the podium positions on the Wranglers’ scoring leaderboard. After Phillips, recent first-round selections Jakob Pelletier (21) and Connor Zary (18) respectively rank second and third in points.
The Wranglers defeated the Abbotsford Canucks 4–3 in overtime on Sunday afternoon, with Phillips recording three assists in the victory (including the secondary helper on Jeremie Poirier’s game-winning goal).
It remains to be seen if Phillips will still be with the Wranglers when they return to action on Dec. 2 to kick off a two-game series against the San Diego Gulls.
News
Recent articles from Mike Gould