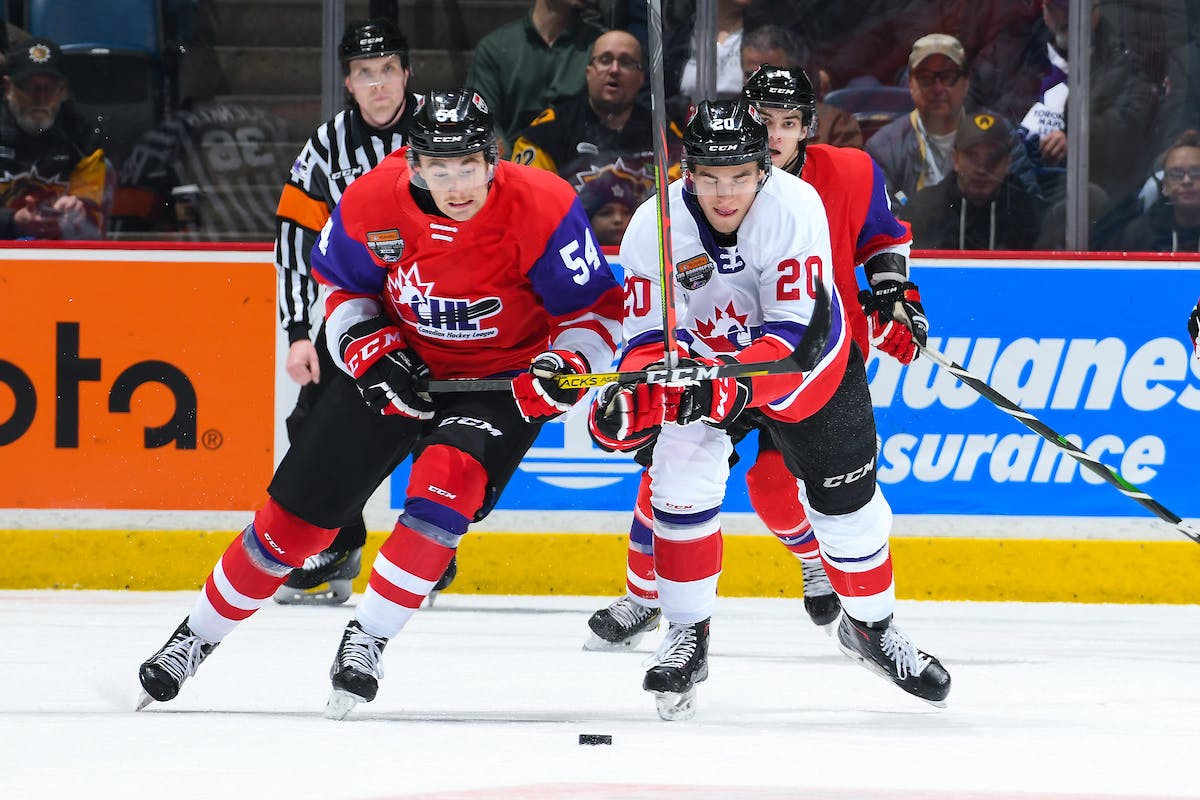 By Ryan Pike
7 months ago
A month after being upset of the first round of the Quebec Major Junior Hockey League’s playoffs, the Saint John Sea Dogs are back in action this week as they host the 2022 Memorial Cup and seek a bit of redemption.
The Sea Dogs were a team built for a lengthy playoff run, and they’re hoping a strong showing at the Memorial Cup could make up for an early QMJHL playoff exit.
Four teams are participating in the 2022 Memorial Cup:
The Sea Dogs loaded up for this playoff run, adding Ryan Francis last season, William Dufour and Yan Kuznetsov during the off-season, and Connor Trenholm, Philippe Daoust and Raivis Ansons prior to this year’s trade deadline – adding to an already impressive young core.
Saint John finished third overall in the regular season – behind only Quebec and Charlottetown – but hit a wall between injuries, illness, and a scrappy Rimouski Oceanic club in the first round, being eliminated from the playoffs in overtime via a Game 5 heartbreaker. The disappointment led to some soul-searching, eventually leading to the dismissal of head coach Gordie Dwyer and the installation of USports legend Gardiner MacDougall as interim head coach for the tournament.
The Sea Dogs will attempt to become the first host team to win it all since the Windsor Spitfires in 2017, and just the third host team in the past 10 tournaments to capture the Memorial Cup. They’re joined by a pair of powerhouses in the form of the Oil Kings and Bulldogs, as well as an impressive Cataractes club that eliminated Quebec in the league semis and Charlottetown in the league final.
The 2022 Memorial Cup will likely be the final major-junior appearances for Calgary Flames prospect Jeremie Poirier and Yan Kuznetsov, both of whom are under entry-level contracts for 2022-23.

All games on TSN & RDS:
Who do you think will win the Memorial Cup? How will the two Flames prospects fare in their final major-junior competition? Let us know in the comments!