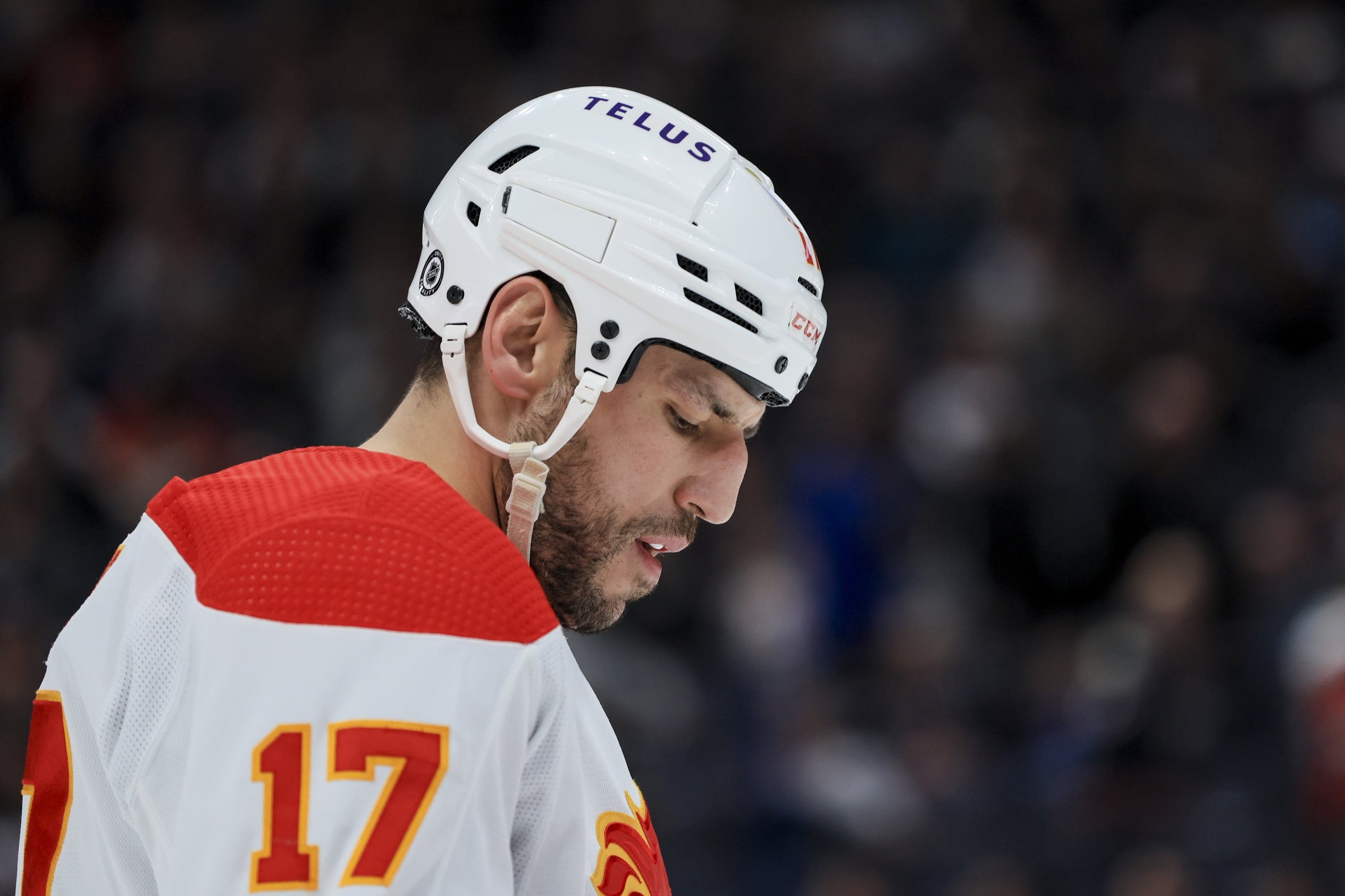 By Mike Gould
1 month ago
Milan Lucic will not be in the lineup for the Calgary Flames on Saturday as they take on the Toronto Maple Leafs at Scotiabank Arena.
The veteran winger has five points (all assists) in 27 games with the Flames this season and hasn’t scored a goal since March. He’s in the final season of the seven-year contract he signed with the Edmonton Oilers as an unrestricted free agent back in 2016.
Matthew Phillips will draw into the Flames’ lineup on Saturday night, playing on the right side of Mikael Backlund and Adam Ruzicka on the Flames’ third forward unit. Radim Zohorna, Trevor Lewis, and Blake Coleman will play on the fourth line.
Lucic, 34, has not been a healthy scratch for an NHL game since April 20, 2013, back when he was still with the Boston Bruins.
Dan Vladar will start in goal for the Flames; Matt Murray will go for Toronto. Calgary will use the same defensive pairs as on Friday against the Columbus Blue Jackets.
Phillips, 24, has 15 goals and 30 points in 20 American Hockey League games with the Calgary Wranglers this season. He’ll play the second NHL game of his career on Saturday.
The Flames will take on the Maple Leafs in a nationally televised game on Hockey Night in Canada.
News
Recent articles from Mike Gould