On this day: Calgary Flames acquire Mike Cammalleri for the second time 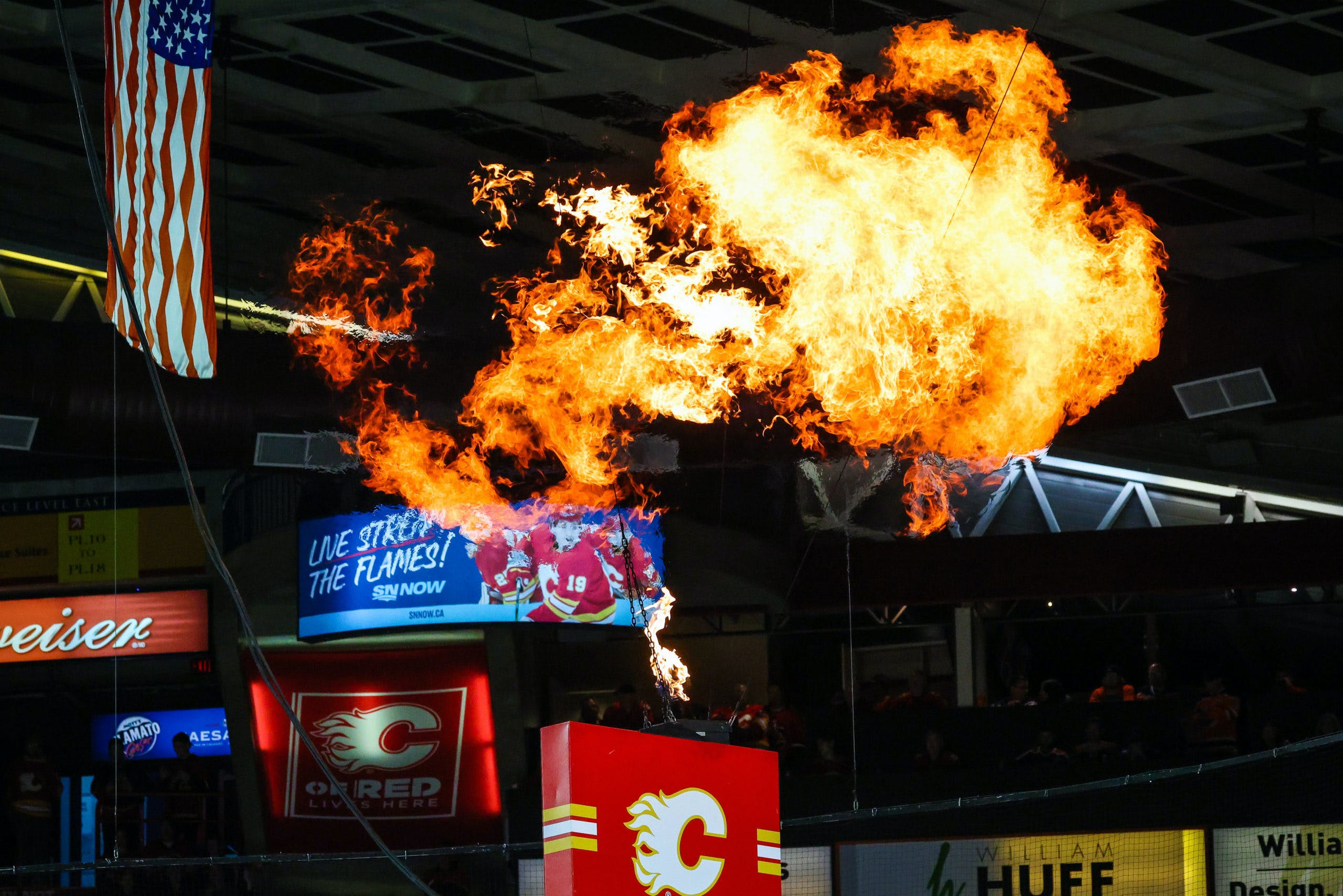 By Robert Munnich
22 days ago
Today marks the 12-year anniversary of one of the biggest trades in modern Flames history. On Jan. 12, 2011, then Calgary Flames general manager Jay Feaster acquired Mike Cammalleri, Karri Ramo and a fifth-round draft pick in exchange for Rene Bourque, Patrick Holland, and a second-round pick.
The most interesting part of this trade was that it happened in the middle of a game. The Montreal Canadiens were playing the Boston Bruins at the TD Garden. Cammalleri had played two periods for the Habs before being pulled from the bench in the third period as the Flames and Canadiens finalized the trade. Not something you see every day in professional sports.
Feaster and the Flames were very excited about bringing Cammalleri back to Calgary where he had found success in the past and had chemistry with Jarome Iginla.

How did the trade work out for each player involved?

Cammalleri played in 135 games with the Flames between 2012-14. In that time, he scored 50 goals, 46 assists for 96 points. The Flames failed to make the playoffs in any of those seasons. Cammalleri provided some much-needed skill and goal scoring ability to a Flames roster that desperately needed it at the time.
Cammalleri ended up leaving the Flames via free agency, a move which upset many Flames fans as interim general manager Brian Burke refused to trade Cammalleri during the 2013-14 season unless another team was able to meet Burke’s asking price. That did not end up happening and the Flames lost Cammalleri for nothing.

Feaster was very familiar with Ramo’s game as he was the general manager of the Tampa Bay Lightning when they drafted Ramo in the sixth round of the 2004 NHL Draft. Feaster had some nice words to say about Ramo at the time of the trade: “According to our pro guys (scouts) in Europe, he’s the top goaltender in Europe.”
Ramo played in 111 regular season and seven playoff games for the Flames from 2013-16, winning 48 games and recording five shutouts.

The Flames used the fifth round pick they received from the Canadiens on defenseman Ryan Culkin. Culkin never played an NHL game for the Flames. He now plays pro hockey in Austria.

Bourque struggled to find success during his time in Montreal. Bourque suited up in 141 games for the Canadiens across four seasons. He scored 21 goals and 18 assists in the regular season. His crowning moment with the Habs came in their 2014 playoff run to the Eastern Conference Final against the New York Rangers where he scored 8 goals in 17 playoff games.

Feaster was not overly excited about including Holland in the deal: “Candidly it’s hard to put Patrick Holland in the deal. You know, he was a seventh-round draft pick. But we feel he is a much better player than that.”
Holland had a very interesting journey in hockey after he was traded to Montreal. He played a couple seasons in the Canadiens organization including five NHL games in the 2013-14 season. After his time in Montreal, he bounced around professional hockey playing in the AHL, ECHL, and the Liiga, the top professional league in Finland.
He stopped playing pro hockey at 24 years old and enrolled at the University of Victoria where he played for their club team in the BCIHL, a league predominantly made up of students who used to play junior A and B in western Canada. UVic played schools such as Simon Fraser University, Trinity Western University, Selkirk College and Eastern Washington University during Holland’s time with the Vikes.

The second round pick the Flames sent to the Canadiens turned into goaltender Zach Fucale. Fucale starred for Canada at the World Juniors in 2014 and 2015 and has played in four NHL games with the Washington Capitals.
Editorials
Recent articles from Robert Munnich