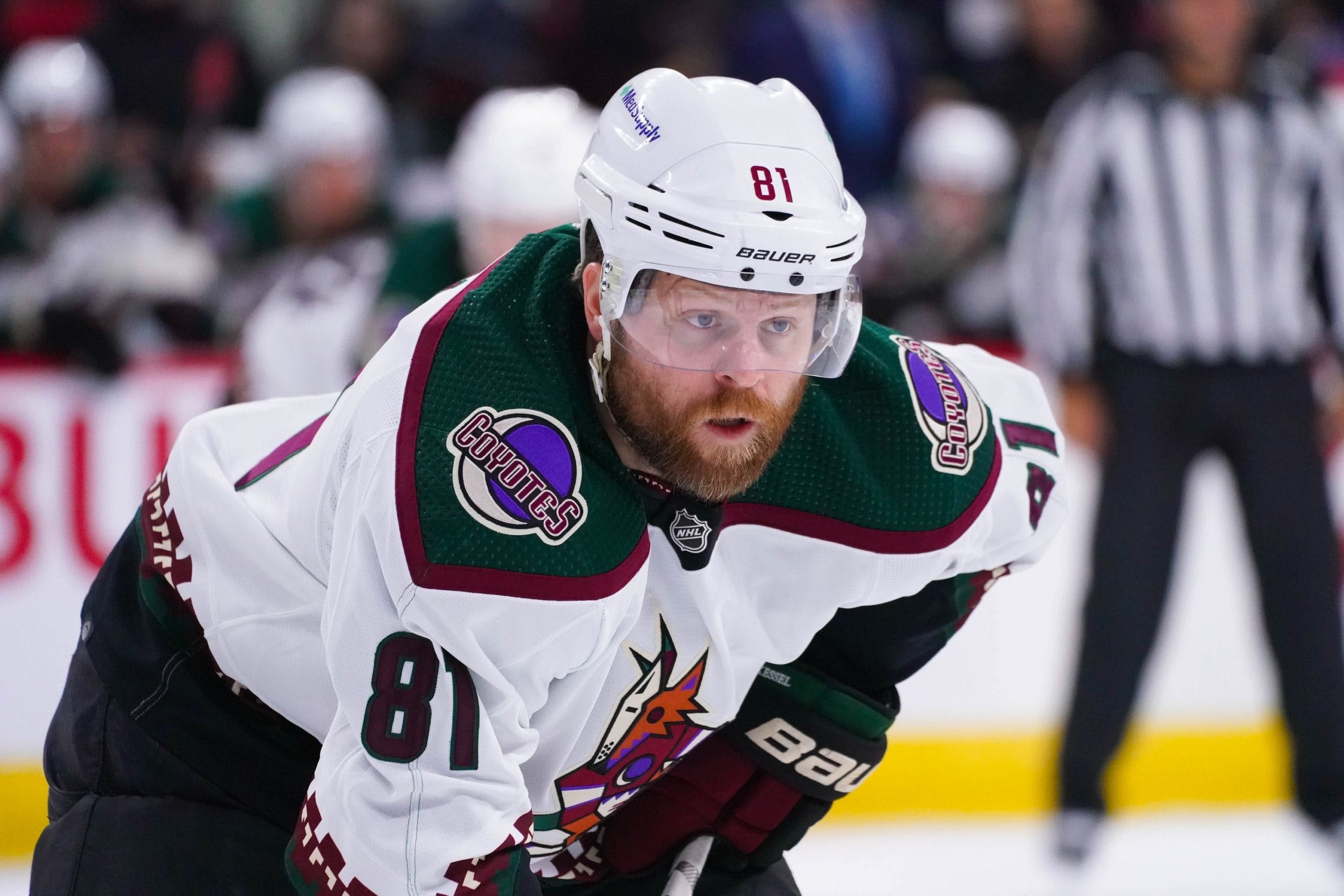 By Mike Gould
3 months ago
The Calgary Flames have had an off-season to remember, and they might not be done.
Even after signing Stanley Cup champion centre Nazem Kadri to a lucrative seven-year contract last week, the Flames have a few gaps left to fill in their forward ranks.
Sure, the Flames are absolutely set down the middle. Elias Lindholm, Kadri, and Mikael Backlund form an excellent group of centres in Calgary, arguably the best this team has had since it won the Stanley Cup in 1989.
The Flames also have a pretty strong crop of defencemen, particularly after adding MacKenzie Weegar (who arrived in Calgary this past week to scope out his new digs).
Of course, the Flames are set in goal. Jacob Markstrom is a reigning Vezina Trophy finalist, Dan Vladar is a solid young backup, and Dustin Wolf is as good a goaltending prospect there is in this sport.
But how about on the wings? The Flames have always been weaker down the middle than on the flanks in recent years, but it looks like the tides have shifted.
Jonathan Huberdeau is a superstar. Andrew Mangiapane is one heck of a player. Tyler Toffoli and Blake Coleman both have strong track records of excellent two-way play.
The Flames also have Jakob Pelletier and Dillon Dube in the fold, but they’re missing something. They need another player who can provide some pure scoring punch.
In recent off-seasons, the Flames have paid a premium to add players with extensive playoff experience. While the James Neal signing didn’t work out, the team’s Coleman and Milan Lucic acquisitions have been more successful. Kadri is the latest addition in that mould, with the highest upside of the bunch.
Well … Phil Kessel is still available. He’s been an unrestricted free agent for over a month. And he’d be a natural target for Flames general manager Brad Treliving.
Kessel has been a consistent performer whenever his teams have qualified for the playoffs during his career. The 34-year-old right wing has 34 goals and 81 points in 96 career post-season contests with the Boston Bruins, Toronto Maple Leafs, Pittsburgh Penguins, and Arizona Coyotes.
During the Penguins’ 2016 Stanley Cup run, Kessel led the team with 10 goals and 22 points in 24 playoff contests. He contributed 23 points in 25 playoff games the following year as Pittsburgh repeated as Stanley Cup champions.
Is Kessel still the first-line forward he was during his days in Toronto and Pittsburgh? No, he certainly is not — and the Flames wouldn’t need him to be. They have Huberdeau, Mangiapane, and even Toffoli for that.
At this point in his career, Kessel is a one-dimensional (and surprisingly speedy) offensive forward who can be a major asset to a team’s power play. He picked up 14 PP points with the Coyotes last season and played a crucial role as a distributor off the wall.
Kessel’s 2021–22 statline doesn’t resemble anything we’ve come to expect from him over the years. The six-time 30-goal scorer racked up 52 points in 82 games with Arizona last season, but only eight of those points were goals.
Instead, Kessel led the Coyotes with 44 assists last season. He’s only surpassed that total four other times in his career. Even more interesting: Kessel’s 32 even-strength assists also led the Coyotes and tied his single-season career-best mark.
Kessel probably won’t rack up as many assists this coming year, but he’s also unlikely to convert on just 4.6 percent of his shots on goal. Kessel’s 175 shots in 2021–22 would’ve ranked seventh among Flames forwards, right behind Andrew Mangiapane (185) — and he played on a Coyotes team that barely spent any time in the offensive zone.
In 208 games with Arizona over the last three seasons, Kessel amassed 42 goals and 133 points (he also scored four points in nine playoff games with the Coyotes in 2020). He earned $8 million per season on his previous contract, which expired July 13.
There’s no escaping the fact that Kessel isn’t a particularly strong defensive player. Even in his Cup-winning days with the Penguins, he was anything but a Selke Trophy candidate.
Flames head coach Darryl Sutter has always favoured players who can hold their own on both sides of the puck, but he’s also shown he can work with more one-dimensional scorers on successful teams.
The 2014 Los Angeles Kings almost certainly would not have won the Stanley Cup had they not acquired Marian Gaborik at that year’s trade deadline. By that time, Gaborik had earned a reputation as a poor playoff performer, but he scored 14 goals in 26 post-season games under Sutter to help the Kings win their second championship in three years.
The Flames currently have a little more than $2 million in salary cap space, and Kessel likely won’t break the bank on his next contract. He’s a highly durable player who could appear in his 1,000th consecutive game this season.
Signing Kessel to a cheap deal would come with very little risk and the potential for a great reward. He’s familiar with Kadri from their time in Toronto and he might not have many other opportunities to play in a top-nine spot on a contender.
A Phil Kessel–Calgary Flames partnership could be mutually beneficial. With how wild this Flames off-season has been, who knows if a Kessel signing could be a possibility.
All things considered … it might actually be a good idea.