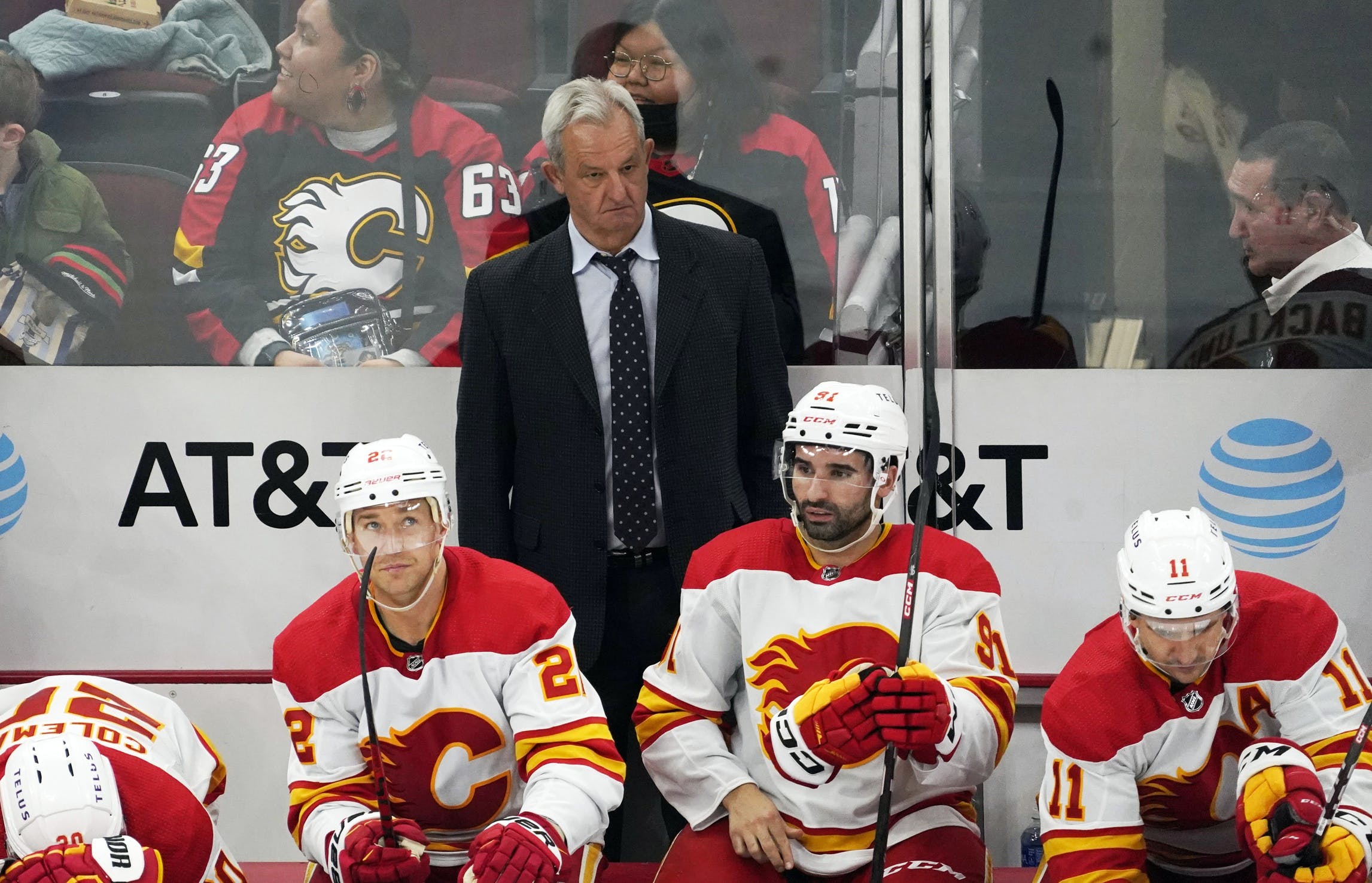 By Mike Gould
10 days ago
In the wake of Darryl Sutter’s post-game comments about Jakob Pelletier on Saturday afternoon, longtime professional hockey goaltender Mike McKenna weighed in on the situation alongside Frank Seravalli on Monday’s episode of the Daily Faceoff Live show.
In an exchange that has been played and replayed tens of thousands of times in the 48 hours since, Sutter appeared to brush off a question about Pelletier’s performance in his NHL debut by listing off the 21-year-old’s statline without further elaboration.
Upon being asked a follow-up question, Sutter remarked: “It’s the NHL. 21 years old, he’s got a long ways to go.”
The comment spread like wildfire on social media, with onlookers expressing support and disgust at Sutter in seemingly equal measure. Former NHL players Maxim Lapierre and Georges Laraque both criticized Sutter on Twitter for his “lack of respect.”
McKenna, who played for the Tampa Bay Lightning, New Jersey Devils, Columbus Blue Jackets, Arizona Coyotes, Dallas Stars, Ottawa Senators, and Philadelphia Flyers during his NHL career, became the latest to chime in on the situation on Monday’s edition of Daily Faceoff Live. Here’s the transcript of the full exchange between McKenna and Seravalli.

Frank Seravalli: The snark with which Darryl Sutter delivers this, some would say, “Oh, it’s his classic schtick. He’s someone that doesn’t love rookies, and it takes a while to warm up to young players in this league.” What number is he? This is your first-round pick that was tearing up the AHL, that had clearly deserved a promotion, that you then sat as a healthy scratch for his first 13 days in the NHL before finally putting him in the lineup, and that’s the way you treat him? Your thoughts, Mike.

Mike McKenna: Players really don’t like this type of thing. And I’ll tell you what, I had a person reach out to me who had a similar experience years ago in his first NHL game. He had flown in the day before and the team hadn’t given him any indication whether he was gonna play or not. So, he’s got his family calling him, asking, “Are you in the lineup? We need to book airfare. We need to get there, we want to see this.” And he kept saying, “I don’t think I’m probably going to play, so I don’t know, I don’t know.” The night before, nothing. Morning skate, nothing. Did the coaches even talk to him? Sutter didn’t talk to him, didn’t even make eye contact, anything. None of the other coaches even said anything about him playing or not. It finally took a teammate telling him he was in the lineup and, by that point, it was too late for his parents to attend his first NHL game.

Darryl’s as old-school as they get. Your coach doesn’t have to be your best friend. But you don’t forget these things. The person who talked to me just couldn’t stand that. These are important moments. The dismissiveness toward Pelletier, to me, it comes across as Sutter thinks it’s a joke.

You can watch the full episode of Daily Faceoff Live below.
Editorials
Recent articles from Mike Gould