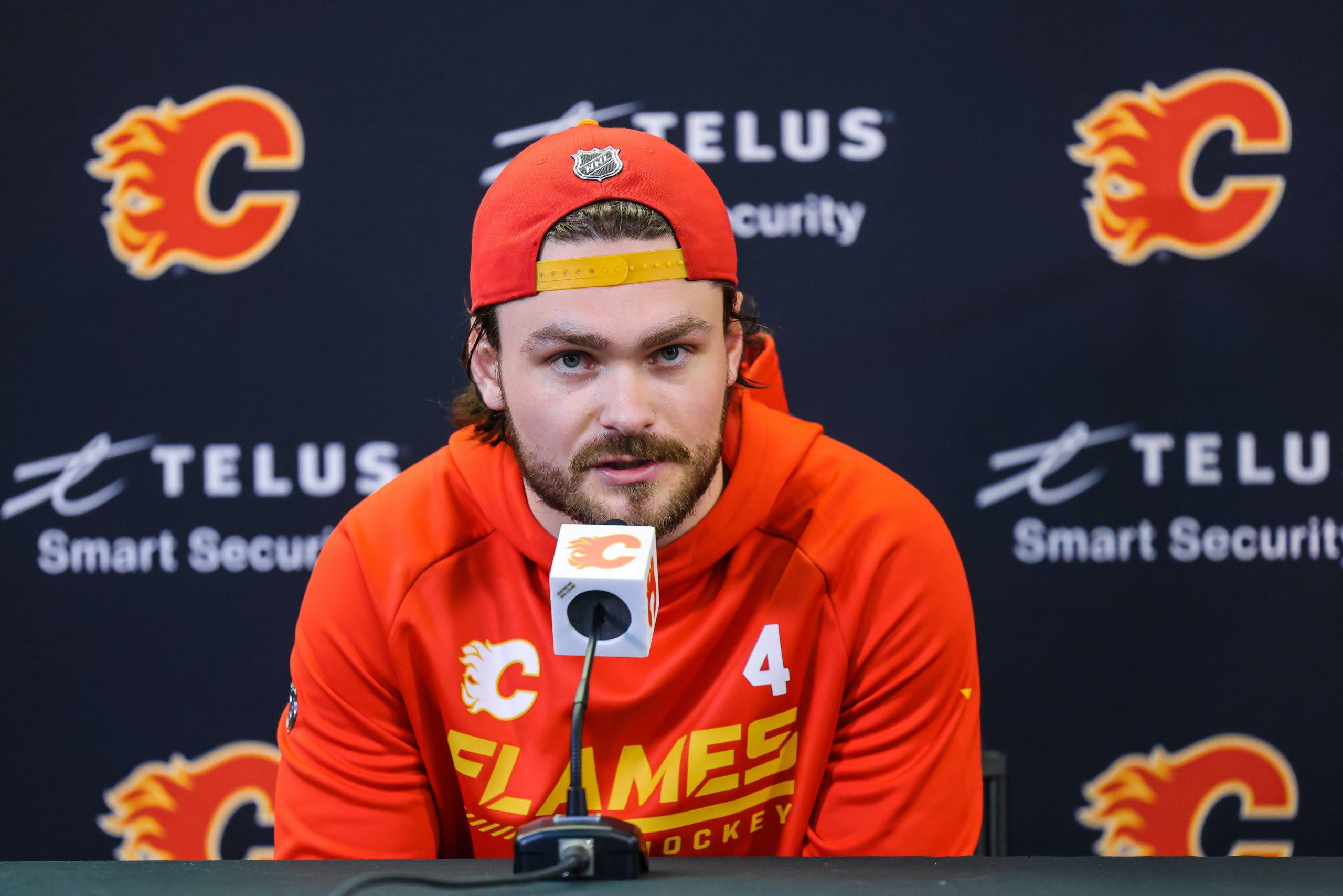 By Mike Gould
9 months ago
Calgary Flames defenceman @Rasmus Andersson became the team’s fifth player (and first rearguard) to reach the 50-point plateau this season with a pair of assists during Tuesday’s thrilling 5–4 overtime victory over the Nashville Predators.
Andersson, 25, assisted on Calgary’s first and last goals in the game, hitting the 50-point mark with the primary helper on @Elias Lindholm’s winning tally 2:01 into the extra frame.
With his second assist, Andersson became the first Flames defender to score 50 points in a season since @Mark Giordano notched 74 in his Norris Trophy-winning 2018–19 campaign.
Andersson also joined 16 other NHL defencemen who previously reached the 50-point plateau in 2021–22, including past Norris winners @Adam Fox, @Roman Josi, @Victor Hedman, and @Brent Burns.
@Noah Hanifin also recorded two points against the Predators on Tuesday, upping his totals on the season to 10 goals and 48 points. The 25-year-old blueliner ranks sixth on the team in scoring and needs just two more points in the Flames’ final two games of the season to join Andersson at 50.
The Flames last had multiple defenders score 50 points in the same season back in 1992–93, when @Gary Suter tallied 81 points in 81 games and @Al MacInnis recorded 54 in 50.
In the wake of that 1992–93 season, only seven Flames defencemen have recorded 50+ points in a single season:
With Hanifin two points away from 50, the Flames (50–20–10) will return to action on Thursday evening when they take on the Minnesota Wild (51–22–7) at 6:00 p.m. MT.