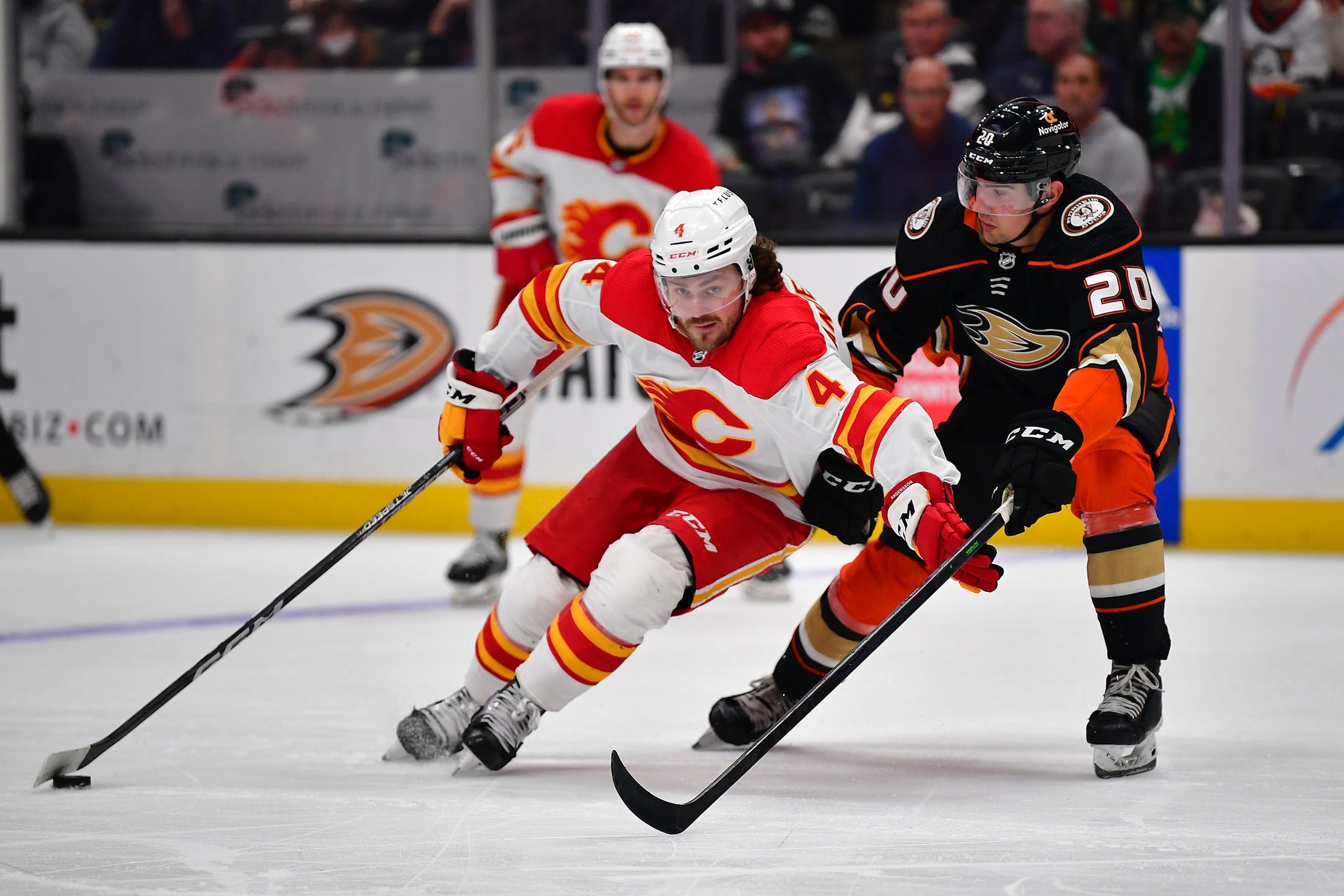 By Mike Gould
1 month ago
Calgary Flames defenceman Rasmus Andersson lifted his team to victory against the Anaheim Ducks with a pin-point wrister past goaltender Lukas Dostal in the dying moments of overtime at Honda Center on Friday.
Andersson, 26, took a pass from Tyler Toffoli at the top of the right circle and fired a perfect shot off the crossbar and in to seal a 3–2 win for the Flames. Jonathan Huberdeau picked up the secondary assist on Andersson’s fifth goal of the season.
The Flames originally selected Andersson in the second round (No. 53 overall) of the 2015 NHL Draft, and it’s looking like a pretty great pick so far. The big right-handed defenceman has 24 points (five goals, 19 assists) in 35 games with the Flames this season.
Andersson is locked up at a very reasonable $4.55 million NHL cap hit through the end of the 2025–26 season. He set new career-best marks with 46 assists and 50 points in 2021–22, but he’s already tied his career high with five goals this year.
Michael Stone and Brett Ritchie also scored for the Flames in their close win over the Ducks on Friday. Calgary controlled the shots 45–23 in the game but struggled to finish all night long, hitting a ton of goalposts behind Dostal.
Mason McTavish and Jakob Silfverberg contributed the goals for Anaheim. Flames goaltender Jacob Markstrom made 21 saves for his 11th win of the 2022–23 season.
With the win, the Flames moved into the eighth and final playoff spot in the Western Conference. They’re now able to take that security with them into the Christmas break — and also feel comfort in knowing they leapfrogged the Edmonton Oilers to get there.
The Flames will return to action on December 27 when they host the Oilers for a critical Pacific Division matchup at the Scotiabank Saddledome. You’ll be able to catch that Battle of Alberta game on Sportsnet West at 7:00 p.m. MT.
News
Recent articles from Mike Gould