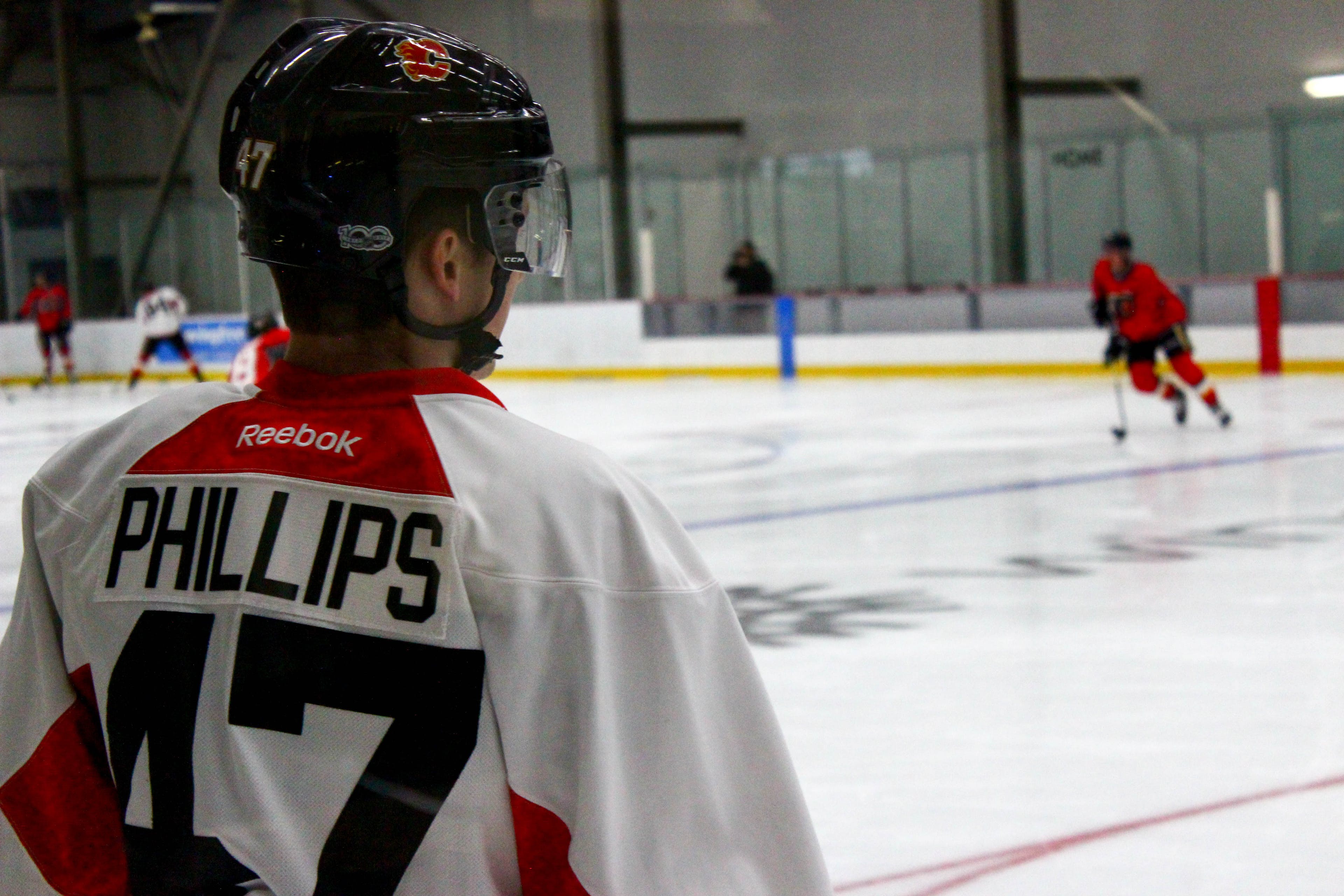 By Mike Gould
1 year ago
Matthew Phillips is (reportedly) in.
The 5’7″, 155-pound winger, who tied for the Stockton Heat lead with 21 points in 30 games this season, will make his NHL debut on Wednesday afternoon against the Vancouver Canucks.
Phillips’ representatives at the Roy Hockey Group first reported the news in a Tweet on Wednesday morning. Sportsnet 960 contributor Peter Loubardias later corroborated the same information.
In 2020–21, Phillips emerged as one of the most effective offensive players in the AHL’s Canadian Division and developed palpable chemistry with Adam Ruzicka. The Slovak centre has since played two NHL games with the Flames, both having come this week.
The Flames will finish their season on Wednesday afternoon at home against Vancouver at 1:30 pm MT.
Uncategorized
Recent articles from Mike Gould