WATCH: Carpenter sets up Gaudreau for go-ahead goal late in the second 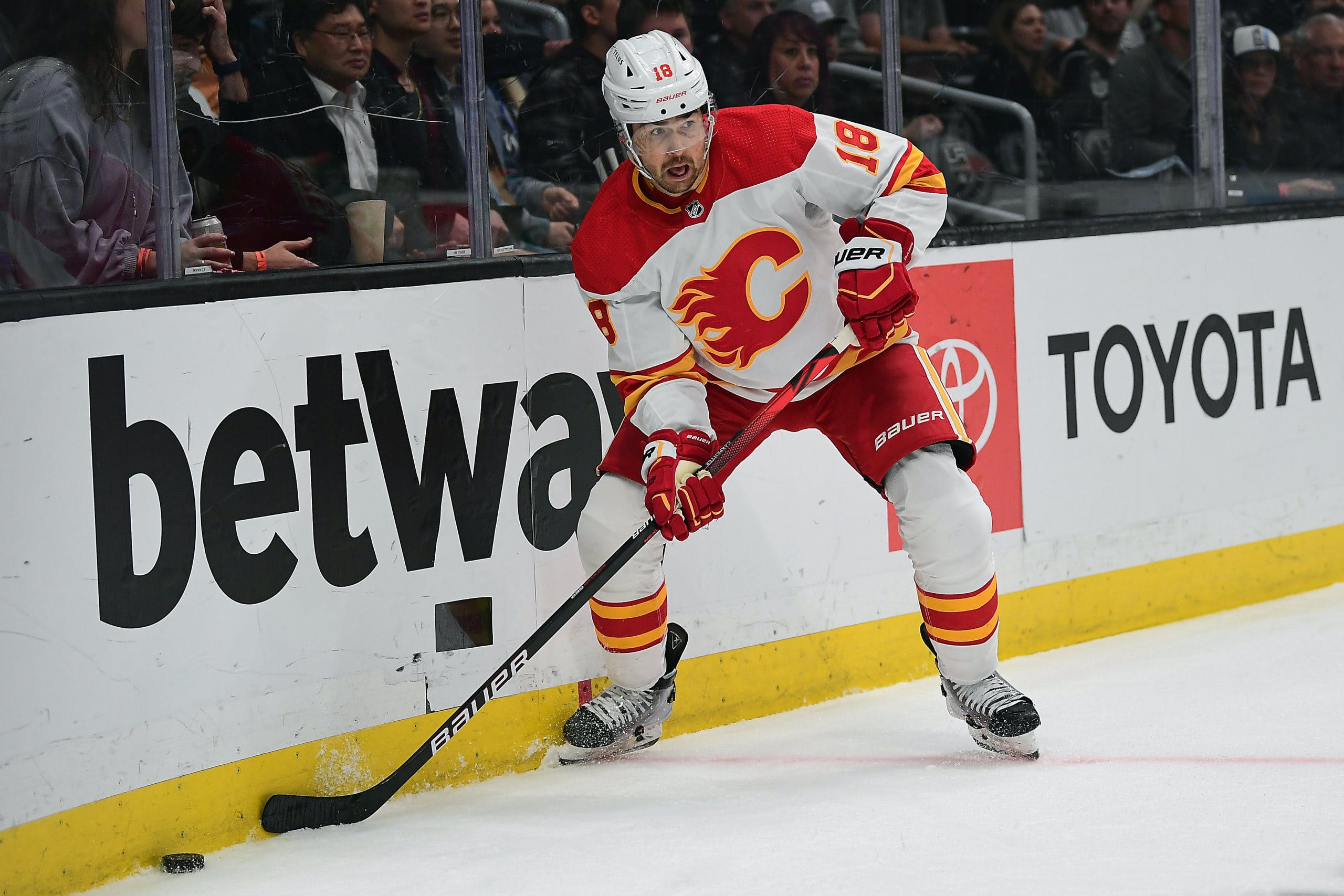 By Mike Gould
10 months ago
@Ryan Carpenter picked up his first point as a Calgary Flame with the primary assist on @Johnny Gaudreau’s second goal of Monday’s game against the Los Angeles Kings.
Gaudreau’s go-ahead marker gave the Flames a 3–2 lead over the Kings at the 14:08 mark of the middle period. With the Flames in the midst of a line change, @Michael Stone hammered the puck into the offensive zone for his forwards to retrieve.
Carpenter picked up the puck along the boards after @Tobias Bjornfot missed it in the right corner. The newest Flames forward turned to his left and immediately feathered a pass over to Gaudreau, who the Kings left all alone in the slot.
With nobody between him and Kings goaltender Cal Petersen, Gaudreau pulled the puck over to his backhand and deftly lifted it into the top corner of the net. Carpenter and Stone picked up the helpers on Gaudreau’s 34th goal of the 2021–22 season.
Through 69 games with the Flames this year, Gaudreau now has 34 goals and 95 points. He has two of Calgary’s three goals in Monday’s game against the Kings; the Flames currently lead 3–2 early in the third period.
Gaudreau also picked up the primary helper on @Elias Lindholm’s game-tying goal in the second period. All three of his points through two periods on Monday came at even strength, bringing his total on the year to a league-leading 74.
Carpenter, 31, now has 12 points in 62 games spent with Calgary and Chicago this season. The Flames acquired him from the Hawks back on March 21 in exchange for a 2024 fifth-round pick.