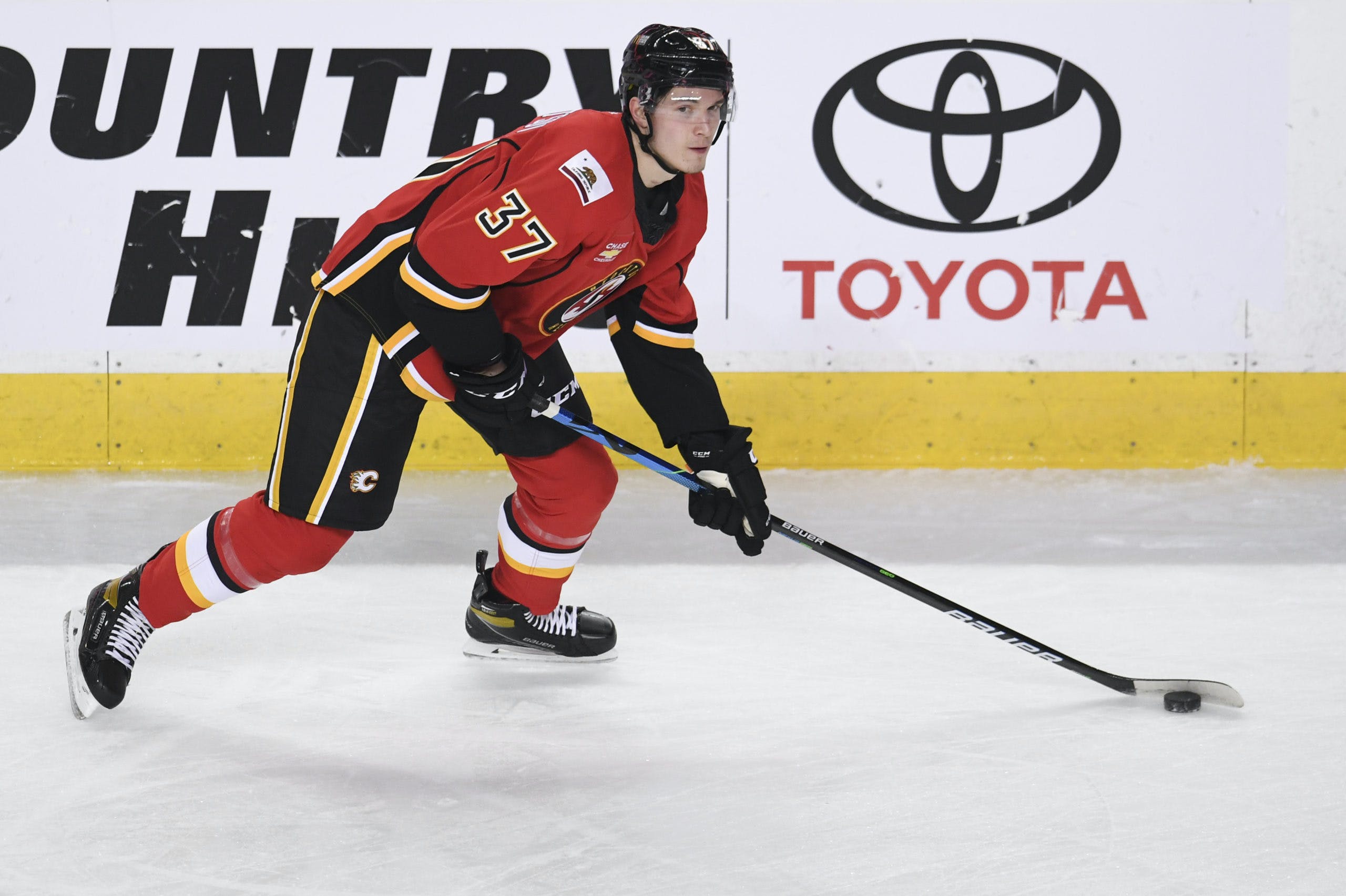 By Ryan Pike
7 months ago
The host Saint John Sea Dogs certainly had the deck stacked against them a few ways on the opening night of the 2022 Memorial Cup in Saint John on Monday evening.
They hadn’t played since losing to the Rimouski Oceanic in overtime on May 12 to be eliminated from the QMJHL post-season. They were being led by an interim coach in Gardiner MacDougall who had never coached a single QMJHL game. They were playing a battle-tested Hamilton Bulldogs team that recently edged the Windsor Spitfires to capture the OHL crown.
But those potential challenges didn’t really materialize, as Saint John played a strong game en route to a 5-3 victory over the Bulldogs. The Sea Dogs scored first and never trailed in the game. They led 2-1 after the first period, 4-1 after the second period, and then hung on the for the win.
Calgary Flames prospect Yan Kuznetsov opened the scoring with a nice shot from the left point.
He was plus-1 with three shots on goal. Fellow prospect Jeremie Poirier had an assist and was plus-2 with five shots on goal and a penalty that led to a Bulldogs power play goal.
In addition to Kuznetsov, Ryan Francis (twice), William Dufour and Peter Reynolds scored for Saint John. Hamilton’s goals came from Ryan Winterton (twice) and Avery Hayes.
The first goal for every Memorial Cup team is to win a game: if you win a game, your likely path leads (at least) to the semi-final game. Mission accomplished for the Sea Dogs.
The tournament continues on Tuesday night when the WHL champion Edmonton Oil Kings face the QMJHL champion Shawinigan Cataractes. The Sea Dogs face Edmonton on Wednesday night.