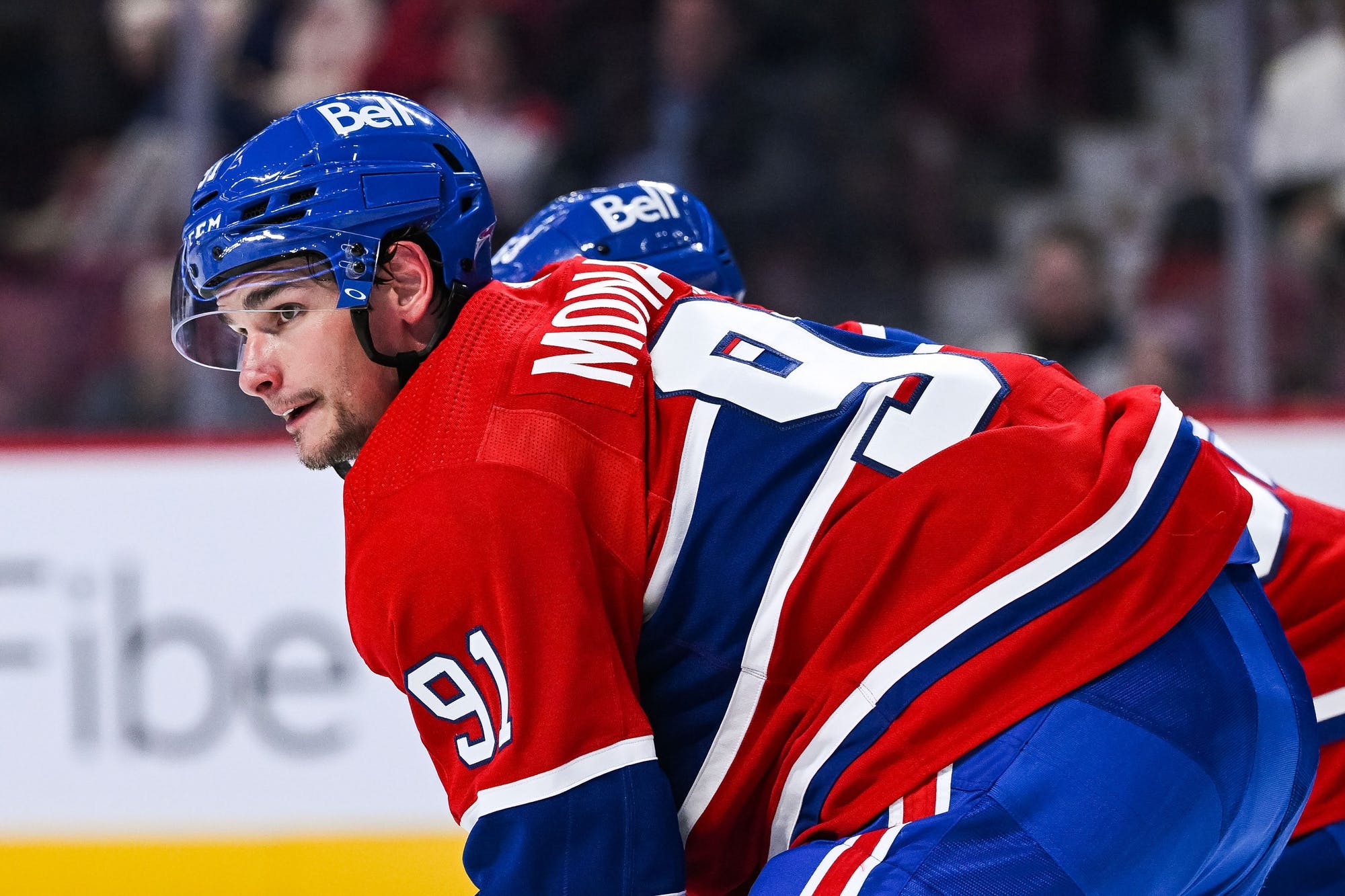 By Mike Gould
3 months ago
On his 28th birthday, Montreal Canadiens forward Sean Monahan scored to give his new team a 3–2 lead over the Toronto Maple Leafs in Wednesday’s season-opening game at Bell Centre.
The longtime Flames centre pounced on the rebound of a long-range shot by Jordan Harris, firing a quick snapper over Maple Leafs netminder Matt Murray to put Montreal on top with 2:30 to play in the third period.
Harris and Kirby Dach picked up the assists on Monahan’s first goal with the Canadiens. Here’s the video:
William Nylander scored just 40 seconds after Monahan’s goal to tie the game at three, but Josh Anderson responded with 19 seconds remaining in regulation to give the Canadiens a 4–3 advantage — a score that held until the final buzzer.
Back in August, the Flames traded Monahan and a conditional 2025 first-round draft pick to the Canadiens in exchange for future considerations. The Flames made the move to give Monahan a fresh start and to clear the necessary cap room to sign UFA centre Nazem Kadri.
The Flames originally selected Monahan with the No. 6-overall pick in the 2013 NHL Draft. The 6’2″ forward spent the first nine seasons of his NHL career in Calgary, scoring 20 goals seven times and surpassing 30 in three seasons. He amassed 10 goals and 21 points in 30 playoff games with the Flames.
Cole Caufield scored twice for the Canadiens in Wednesday’s game. Michael Bunting and Denis Malgin also tallied for the Maple Leafs. The Canadiens won the game despite being outshot 32–23, including by a 11–6 count in the third period.
Monahan is signed at a $6.375 million cap hit through the end of the 2022–23 season, at which time he’ll become an unrestricted free agent.
News
Recent articles from Mike Gould