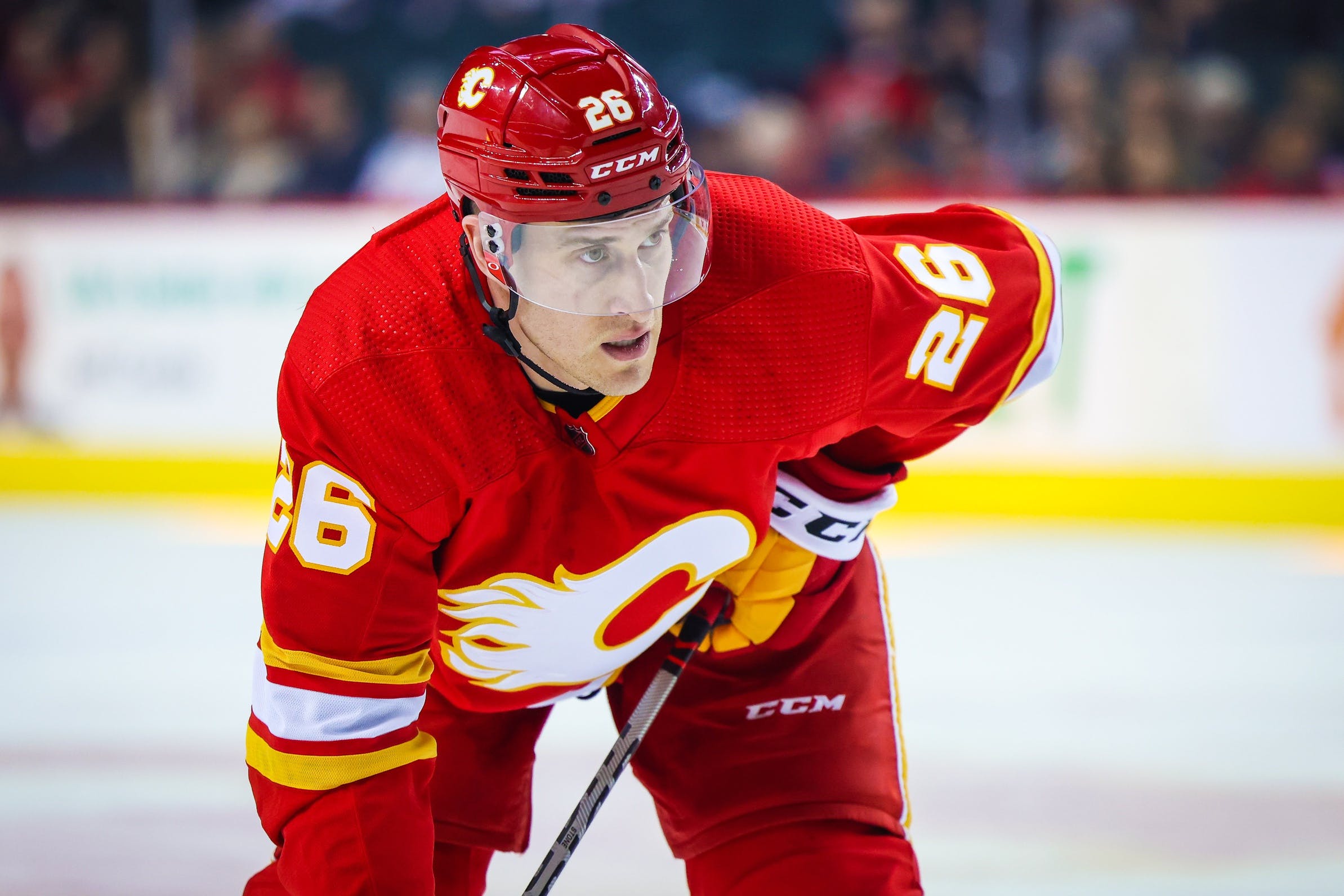 By Mike Gould
4 months ago
Daily Faceoff hockey insider Frank Seravalli commented on Michael Stone’s future alongside Jason Gregor during Monday’s episode of the DFO Rundown podcast.
Stone, 32, has played various defensive roles with the Flames since being acquired from the Arizona Coyotes back at the 2017 trade deadline. He scored six points in 11 games with the Flames during the 2021–22 regular season before adding five points in nine playoff contests.
Seravalli praised Stone’s play down the stretch and in the playoffs last season on the podcast. Stone has recently been participating in informal skates with Flames players in Calgary, a fact Seravalli brought up in his conversation with Gregor.
Here’s the transcript of their discussion:

SERAVALLI: You know who was really good in the playoffs that I really enjoyed watching, that, he’s hanging around with Calgary again and probably, my guess, will end up going there on some kind of minimum deal like he did last year? I thought Michael Stone was really versatile for Calgary, just watching them in the playoffs. I think he gave them a shot in the arm that, you know, they had some injuries, he was able to play a couple different positions, got some power play — like, I just enjoyed watching him. Five points in nine games in the playoffs. I thought he had a lot left.
GREGOR: Depth right-shot defencemen, Frank, they’re like unicorns.
SERAVALLI: Like, he’s a guy that Vancouver should be all over. I know that he’s a bit of a power-play specialist, but, like, they need right-shot guys. You need someone to plug into your lineup.

Stone has signed four separate contracts with the Flames since being traded by the Coyotes in 2017. The Flames bought out the final season of his three-year, $3.5 million-AAV deal in 2019, but later signed him again to a cheap one-year contract after Juuso Valimaki suffered a torn ACL during off-season training.
In 180 regular-season games with the Flames, Stone has scored 11 goals and 38 points. He’s added three goals and six points in 13 playoff games with the team.
Without Stone in the fold, the Flames currently have 10 defenders on one-way contracts for the 2022–23 season: MacKenzie Weegar, Rasmus Andersson, Chris Tanev, Noah Hanifin, Oliver Kylington, Nikita Zadorov, Juuso Valimaki, Connor Mackey, Nicolas Meloche, and Dennis Gilbert.