Series Preview: Familiar Firebirds return to Calgary for third series of the season 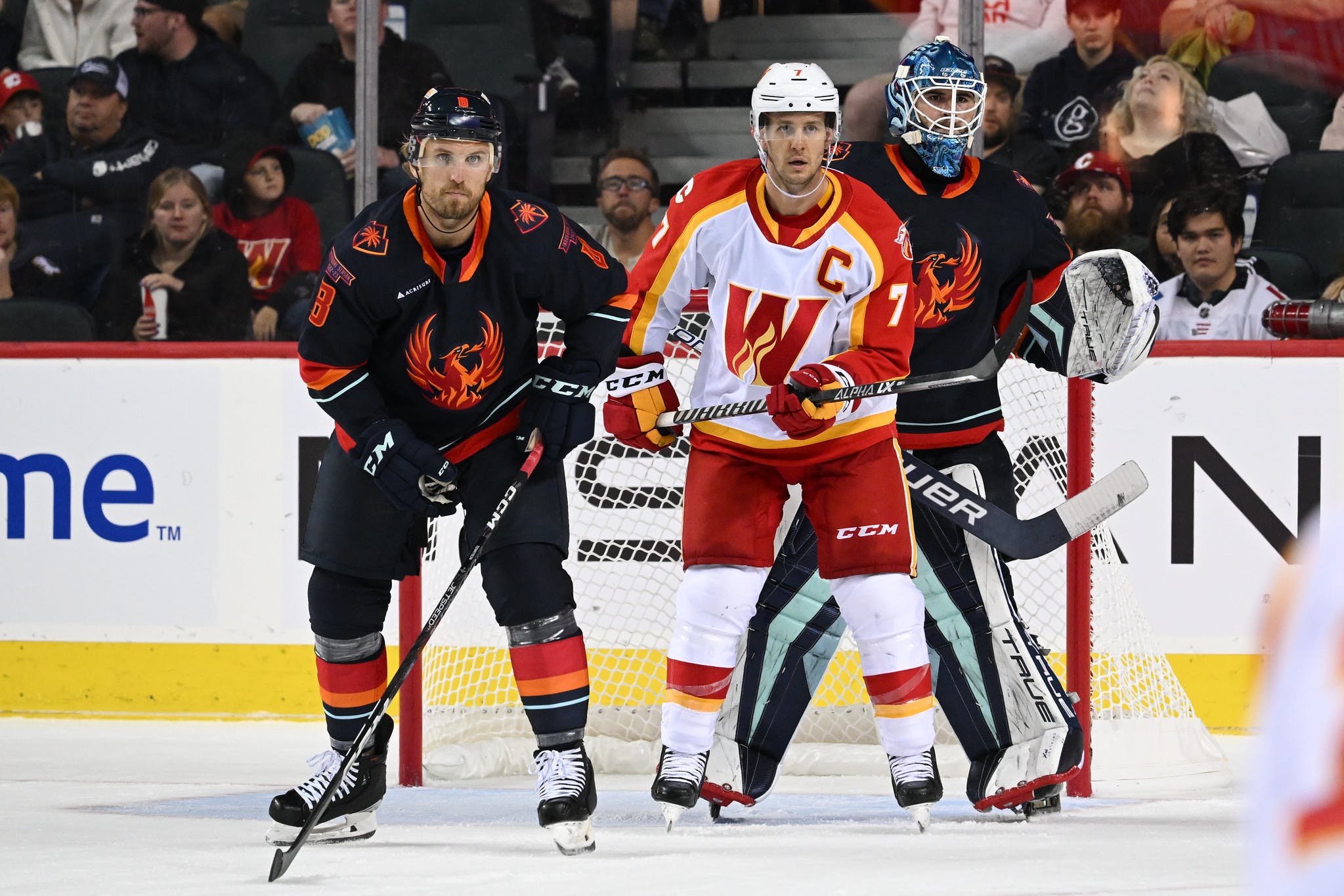 By Paige Siewert
13 days ago
The Calgary Wranglers return from their four-game road trip this week to host a familiar opponent in the Coachella Valley Firebirds. They opened their season against them and are already up to their third series just over a month into the season. The Firebirds lead the series 3-1 and if the Wranglers keep their recent success going, they could even up the series with a pair of games against them on Tuesday and Thursday night.

There will be an interesting new body on the opposing side of things this time around. Fourth overall pick in last year’s draft, Shane Wright, has been sent down to Coachella Valley for a conditioning assignment. Wright has struggled to find his groove with the Kraken, only playing in seven games so far with limited ice time. This assignment prevents the 18-year-old center from going back down to junior.
A player like that is going to be hard to miss and he’s going to be someone that’s not going to be too happy with AHL time. He could be a fierce opponent for the Wranglers to look out for, but luckily they have some standouts of their own.
The top Wranglers guys have been playing like they are the top guys. What I mean by that is there’s a level of play you expect out of your top prospects and the guys that eat up the most minutes. If they are not utilising that time effectively, games become much harder to win.
Connor Zary has been electric in the recent point streak for the Wranglers. He is up to a six game point streak with the last two games he’s played in being multi-point nights. At 16 points, he is chasing Matthew Phillips for the team scoring lead of 17.
Jakob Pelletier is not that far behind with 15 points and a six game point streak of his own. This is nicely complimented by the play of Ben Jones and Cole Schwindt as of late. These two have been quiet contributors putting up points and helping the Wranglers roll through recent games. Schwindt is up to five points in his last four games and Jones had four points in the two-game Bakersfield series.
Last but certainly not least is Dustin Wolf. It’s hard to talk about a successful team without giving the guy between the pipes some credit. Wolf leads the league in wins with eight and has played seven of eight games in November. He needed a little time to find his footing early in the year but he has really solidified his spot as Calgary’s go-to guy.
If the Wranglers bring the same competitive level they brought into their Bakersfield series last weekend, it could be a very exciting couple of days of hockey in these mid-week games against the Firebirds.

Catch these games at the dome or stream on AHL.tv. Puck drop for both Tuesday and Thursday’s games will be at 7:00 p.m. MT. This will be the first of two series this week. It’ll be a busy four-game week for the Wranglers at the ‘Dome so you’ve got plenty of hockey to watch. Twitter coverage can be found by FlamesNation contributors Mike Gould and myself this week.
News
Recent articles from Paige Siewert