Should the Calgary Flames change their goal song? 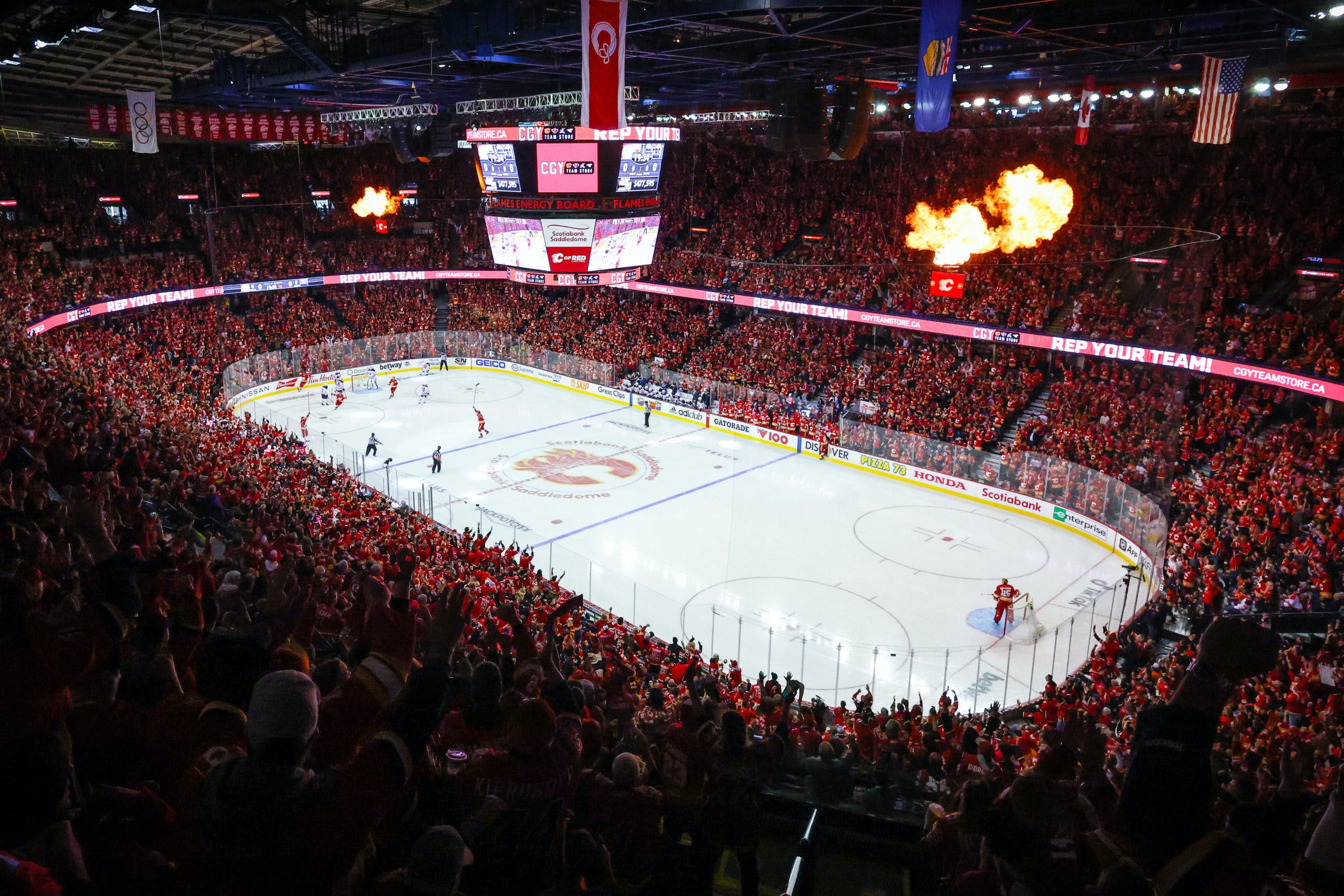 By Robert Munnich
3 months ago
Goal songs have been a fun part of the NHL for many years. Some teams goal songs have become a big part of their culture like in Chicago with “Chelsea Dagger”, Boston with “Zombie Nation” and Nashville’s “I Like, I Love It.”
The Calgary Flames have had multiple goal songs over the years, including their current goal song, AC/DC’s “TNT.” My question to Flames fans is do you like TNT as the Flames goal song? If you don’t what would you want to change it to?
Here is a quick overview of their goal song history with help from Eli The Wolf and Elite Goal Horns on YouTube.
Late 1990s – Gary Glitter – “Rock and Roll”
Gary Glitter’s “Rock and Roll” is a classic North American sports stadium song. It served it’s purpose back in the day.
I personally like Homer Simpson’s version better.
Early 2000s – The Trammps – “Disco Inferno”
Disco Inferno was a fun goal song. It’s got a reference to fire and has a catchy chorus that fans can sing along with. The Flames have used Disco Inferno in recent years when they do a retro night theme.
Mid-Late 2000s – AC/DC – “Shot Down In Flames”
Shot Down In Flames is arguably the best goal song in Calgary Flames history. It brings back great memories from the 2004 Stanley Cup Finals run and the Jarome Iginla era. It has the best guitar riff and lyrics of any Flames goal song. This is one I wish they’d bring back.
Early 2010s – Duck Sauce – “Barbra Streisand”
I think it’s fair to say that this is easily the worst goal song in the history of hockey. It also represents a dark period in Flames history when the Flames would consistently be not good enough to make the playoffs, but not bad enough to get a high first round pick.
Mid-Late 2010s – Monster Truck – “Righteous Smoke”
The Righteous Smoke goal song will always bring back memories of the insane 2014-15 season. The comebacks, the Gaudreau-Monahan-Hudler line, and Michael Ferland in the playoffs. This was a good fit as goal song. It’s upbeat, it references fire, and gets the crowd pumped up.
Today – AC/DC – “TNT”
TNT has turned into a good goal song for the Flames. It works well with the goal horn and the cowboy screaming “YAHOO!”. The Flames have added personal goal songs after TNT is played which has been a fun touch (expect for Mark Giordano’s and Andrew Mangiapane’s goal songs).
My question to you is do you like the Flames current goal song? If not, do you have any suggestions for what they should use in the future? I put this question out on Twitter. Here is what Flames Nation has to say about it.
Over 1,000 fans voted. Of those 1,000, a little over 53% of fans voted ‘yes’ to changing the goal song. Here were some suggestions for what to change it to.
We want to know what you think of TNT as the goal song. Do you like it? If not, what do you want it changed to? Send us your suggestions in the comments section.
Editorials
Recent articles from Robert Munnich