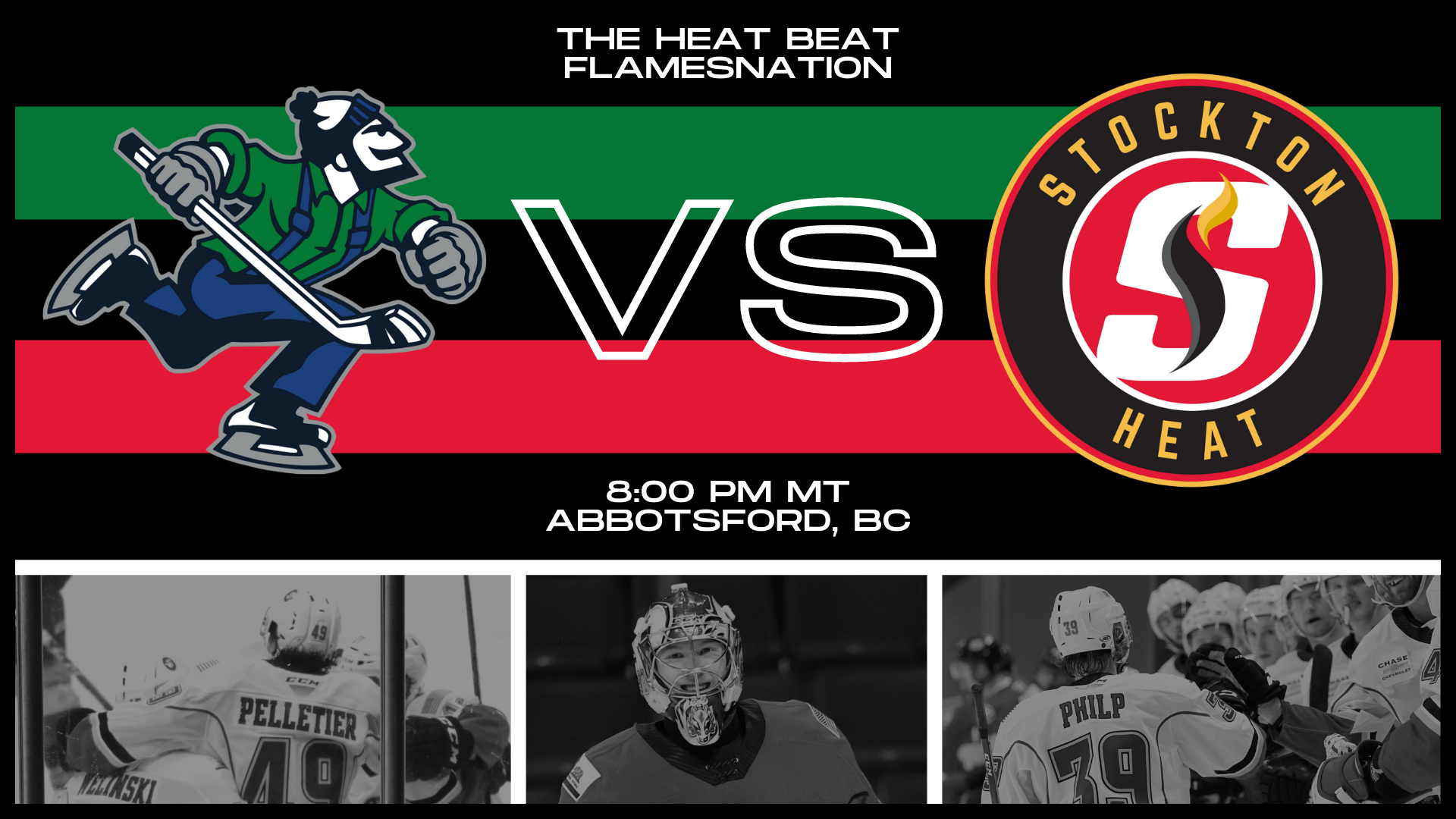 By Mike Gould
9 months ago
The Stockton Heat will put their three-game winning streak on the line in Canada on Friday when they take on the Abbotsford Canucks at 8:00 p.m. MT.
Coming off a two-game sweep of the Bakersfield Condors last weekend, the Heat will look to extend their perfect record against the Canucks this season to 5–0–0.
The Heat last faced the Canucks in a back-to-back set in Abbotsford on Feb. 3 and 4, winning by 7–3 and 2–1 counts. All four of Stockton’s four victories in the season series have come in regulation time.
Abbotsford most recently split a two-game series on the road against the Colorado Eagles on Feb. 19 and 20, taking the first game 2–1 before falling by a 4–2 score the following night.
Victoria Royals alumnus @Matthew Phillips has points in each of Stockton’s first four games against Abbotsford this season, including game-winning goals on Feb. 4 and Nov. 6 and a hat trick in the 7–3 win on Feb. 3. Phillips leads the Heat with 19 goals and 43 points in 38 games this season.
In roster news, the Heat re-added forward Dmitry Zavgorodniy to their roster on Friday following a stint on loan to Kontinental Hockey League club HK Sochi. The 21-year-old forward recorded three assists in 10 KHL games during the assignment; in 35 career AHL contests, he has one goal and four points.

@Luke Philp added two goals to his single-season total of 15 during Stockton’s 7–4 win over Bakersfield on Feb. 20, extending his personal goal-scoring streak to three games and bringing him within four goals of Phillips for the team lead.
The 26-year-old forward remains Stockton’s leading goal-scorer since he entered the American Hockey League in 2019–20, tied with Phillips with 42 goals in 121 games over that span.

Friday’s game in Abbotsford will be broadcast on AHL TV (subscription required) and on Spreaker (audio only), with the opening puck-drop set for 8:00 p.m. MT.
FlamesNation contributor Paige Siewert will provide live game updates on her Twitter account. Additionally, you’ll be able to follow along at TheAHL.com.