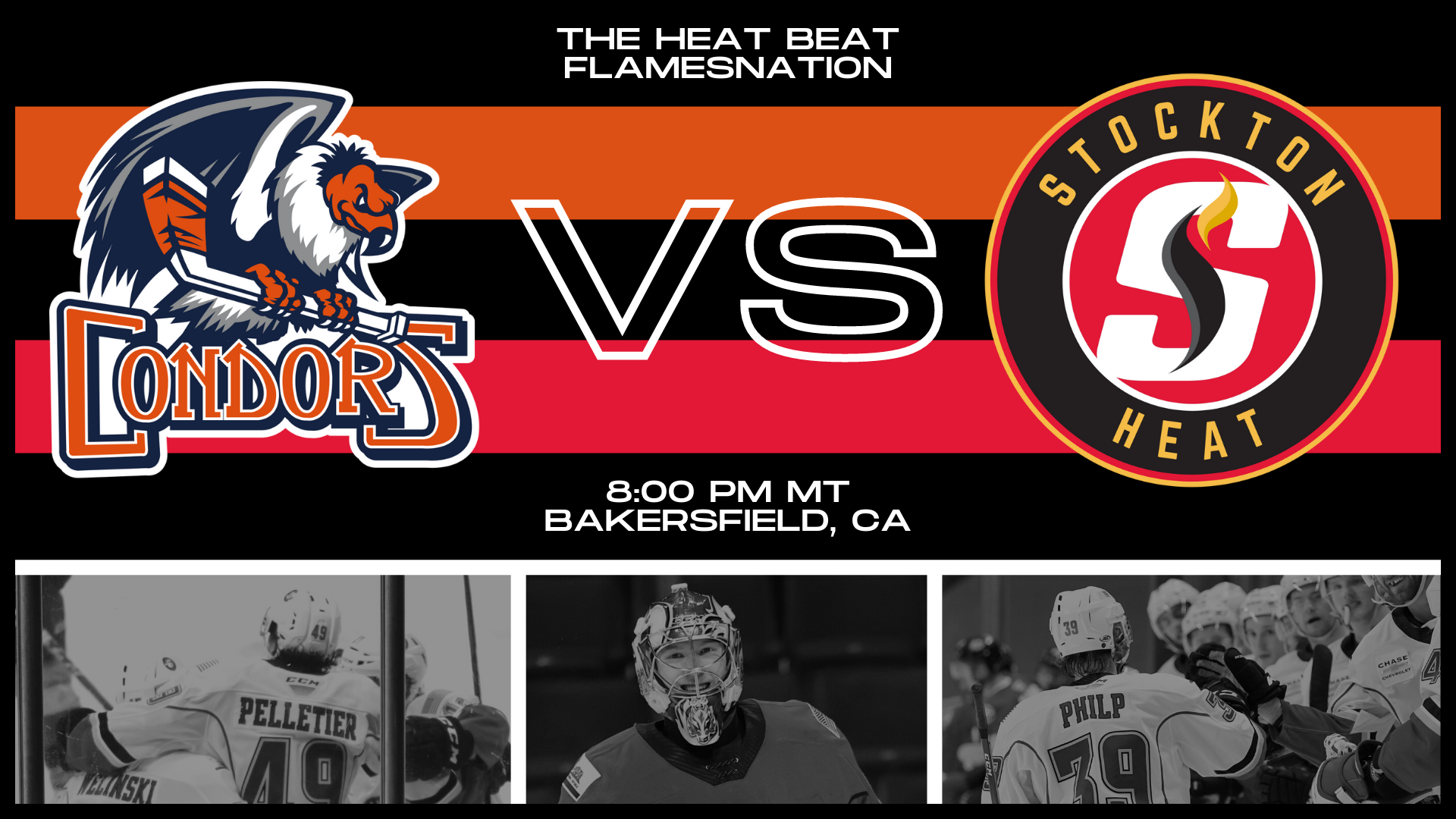 By Mike Gould
11 months ago
After remaining inactive for an entire week, the Stockton Heat will return to action on Feb. 19 when they take on the Bakersfield Condors at Mechanics Bank Arena.
It remains to be seen whether @Glenn Gawdin will return to the Heat lineup on Saturday. The 24-year-old centre missed Stockton’s 6–5 shootout win over the Ontario Reign on Feb. 12 while in concussion protocol.
We do know that Bakersfield forward (and veteran of 530 NHL games) @Colton Sceviour will not participate in Saturday’s contest. Sceviour was recalled by the Edmonton Oilers on Saturday after being assessed a two-game AHL suspension for throwing this hit on Abbotsford Canucks defenceman @Jack Rathbone (which resulted in Rathbone being carried off the ice on a stretcher):
The incident involving Sceviour and Rathbone took place on Feb. 16, in Bakersfield’s most recent game. The Canucks defeated the Condors by a 5–2 score, with @Brad Malone and @Devin Brosseau scoring in the defeat. Bakersfield fell to 20–11–7 (good for third place in the AHL Pacific Division) with the loss.
Stockton remains atop the Pacific Division (and the entire American Hockey League) with an impressive 27–8–4 record through 39 games this season. @Mark Simpson, @Byron Froese, @Justin Kirkland, @Luke Philp, and @Emilio Pettersen scored in regulation for Stockton in last Saturday’s 6–5 win over Ontario; Kirkland, @Matthew Phillips, and @Martin Pospisil added goals in the shootout.

Stockton — It’s been an interesting (and injury-plagued) first full professional season for @Connor Zary, who has been cast primarily in a bottom-six centre role for the Heat this season. The 20-year-old Kamloops Blazers alumnus has just two points (both assists) in his last 12 games but hasn’t been given a whole lot of ice on a deep Stockton club. If Gawdin misses Saturday’s game in Bakersfield, Zary could play an increased role for the Heat.
Bakersfield — Picked 10 spots ahead of Zary in 2020, former Okotoks Oiler and current Edmonton Oilers prospect @Dylan Holloway has one goal and five points in 11 games with the Condors this season. Like Zary, Holloway has missed significant time due to injury this season; also like Zary, Holloway is a highly skilled centre prospect who projects to be a middle-sixer down the road in the NHL.