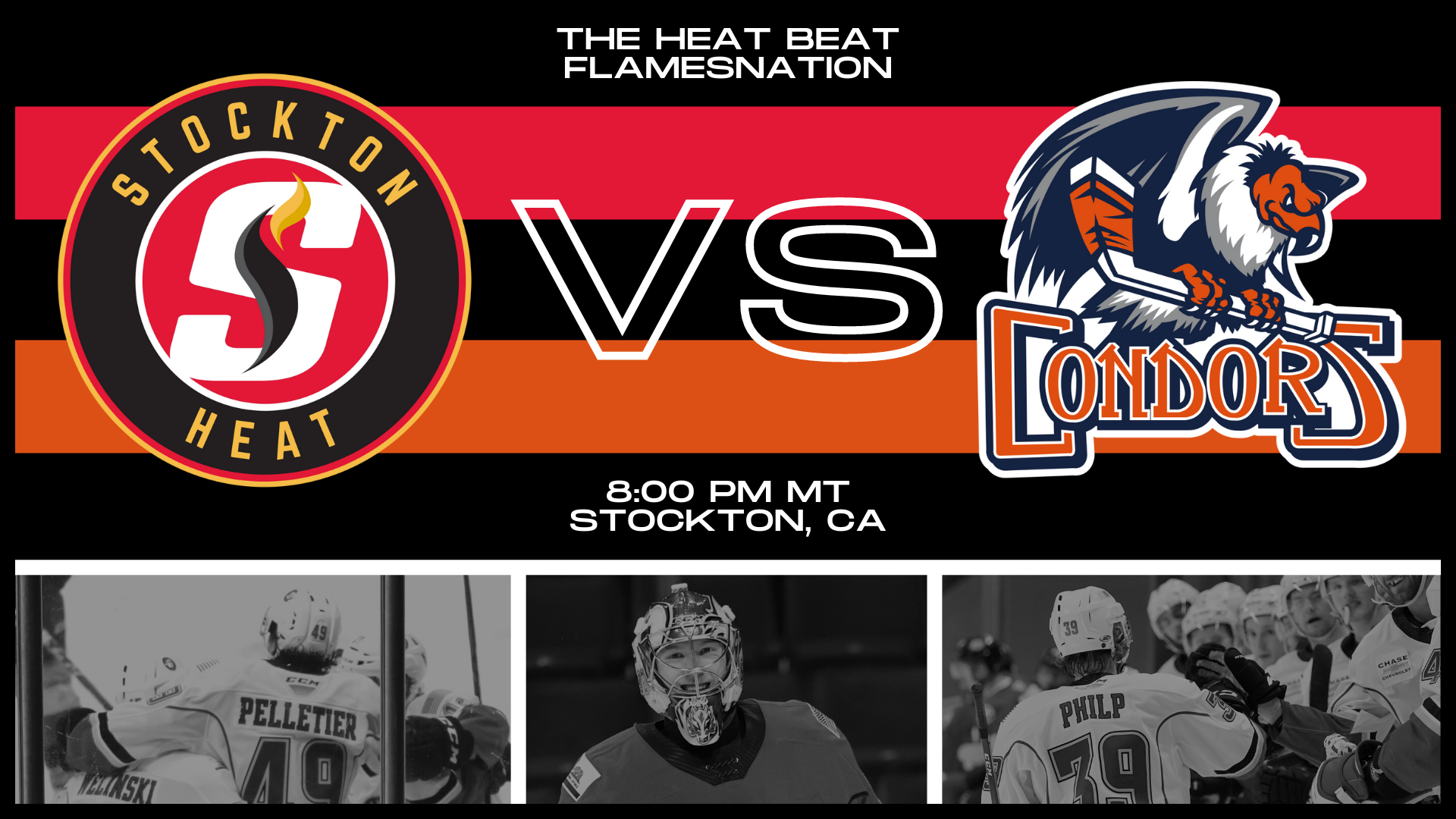 By Mike Gould
10 months ago
The Stockton Heat are a perfect 5–0–0 against the Bakersfield Condors this season. They’ll look to make it six consecutive victories in this year’s Battle of Highway 99 when they host the Condors at Stockton Arena at 8:00 p.m. MT on Friday.
Stockton most recently took on Bakersfield in a home-and-home set on Feb. 19 and 20, taking both games by a combined 11–7 score. Heat forward @Matthew Phillips led the way with six points (one goal, five assists) while @Justin Kirkland scored three goals and added an assist during those two wins.
While the Heat have been inactive since Feb. 27 (a 6–2 loss in Abbotsford), the Condors most recently played against the San Jose Barracuda on Mar. 2. @James Hamblin scored a pair of goals for Bakersfield in a 5–3 loss after being signed by the Edmonton Oilers to an entry-level NHL deal earlier the same day.
Even after losing to the Canucks last week, Stockton’s .744 points percentage through 42 games comfortably leads the American Hockey League. The Heat (30–9–4) remain the only AHL team still with single-digit regulation wins in 2021–22 and are a perfect 12–0–0 immediately following losses.
Bakersfield (22–13–9) currently ranks third in the AHL Pacific Division with a .602 points percentage. The top seven teams in the Pacific will qualify for the 2022 Calder Cup playoffs.

@Jakob Pelletier has been an outstanding player for the Heat as a first-year pro. The 20-year-old forward has 41 points in his first 42 AHL games — including five points in his last five contests — and has been an integral part of Stockton’s top-ranked defence.
FlamesNation spoke to Pelletier on Tuesday about the leadership role he played on Team Canada at the 2021 IIHF World Junior Championship, specifically how he consoled each of his teammates after their loss to the United States in the gold medal game.