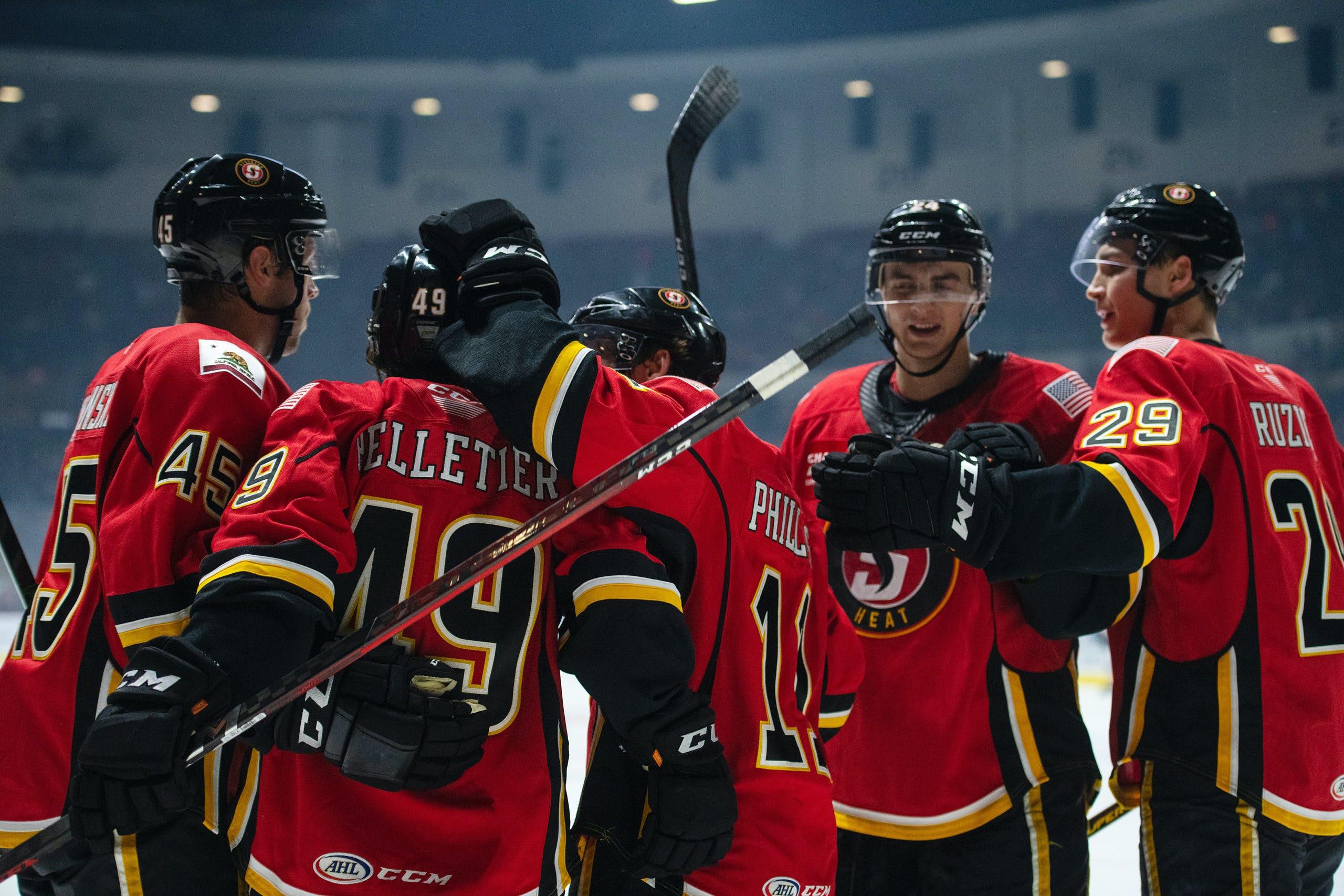 By Mike Gould
9 months ago
It’s been a banner year for the Calgary Flames organization.
The NHL club currently ranks second in the Western Conference with a gaudy 44–19–9 record through 72 games. @Johnny Gaudreau and @Matthew Tkachuk are having career years and the team looks destined to finish atop the Pacific Division.
The Flames’ lineup has proven to be extremely difficult to crack and — aside from @Sean Monahan — the team’s NHL personnel have largely remained healthy all season long. As such, the Flames’ top minor-league affiliate is chugging along at full operational capacity and currently possesses the highest points percentage in the entire American Hockey League.
The Stockton Heat have been nothing short of a juggernaut this season. Led by two of the AHL’s top wingers, an extremely deep group on defence, and arguably the best goaltending prospect in the world, the Heat have shot out to a 43–12–6 record through 61 games this season.
In his first season as Heat head coach, Mitch Love has guided the team to a .750 points percentage and likely a bye to the second round of the Calder Cup playoffs. The top seven teams in the AHL’s Pacific Division will clinch playoff berths, with the top seed (virtually guaranteed to be the Heat) advancing directly to the division semi-finals.
Which Calgary Flames prospects on the Heat have played the largest roles in helping the team reach this level in the regular season? Which players still have more to prove in the playoffs? Here’s part one of our 2021–22 Stockton Heat report card, covering the team’s forward prospects; later this month, we’ll look at Stockton’s young defencemen and goaltenders.
Author’s note – These grades were formulated after consultation with FlamesNation contributor Paige Siewert throughout the season. Only players who have appeared in a minimum of 15 AHL games were rated; furthermore, only players age 26 and under who currently have NHL contracts were rated.