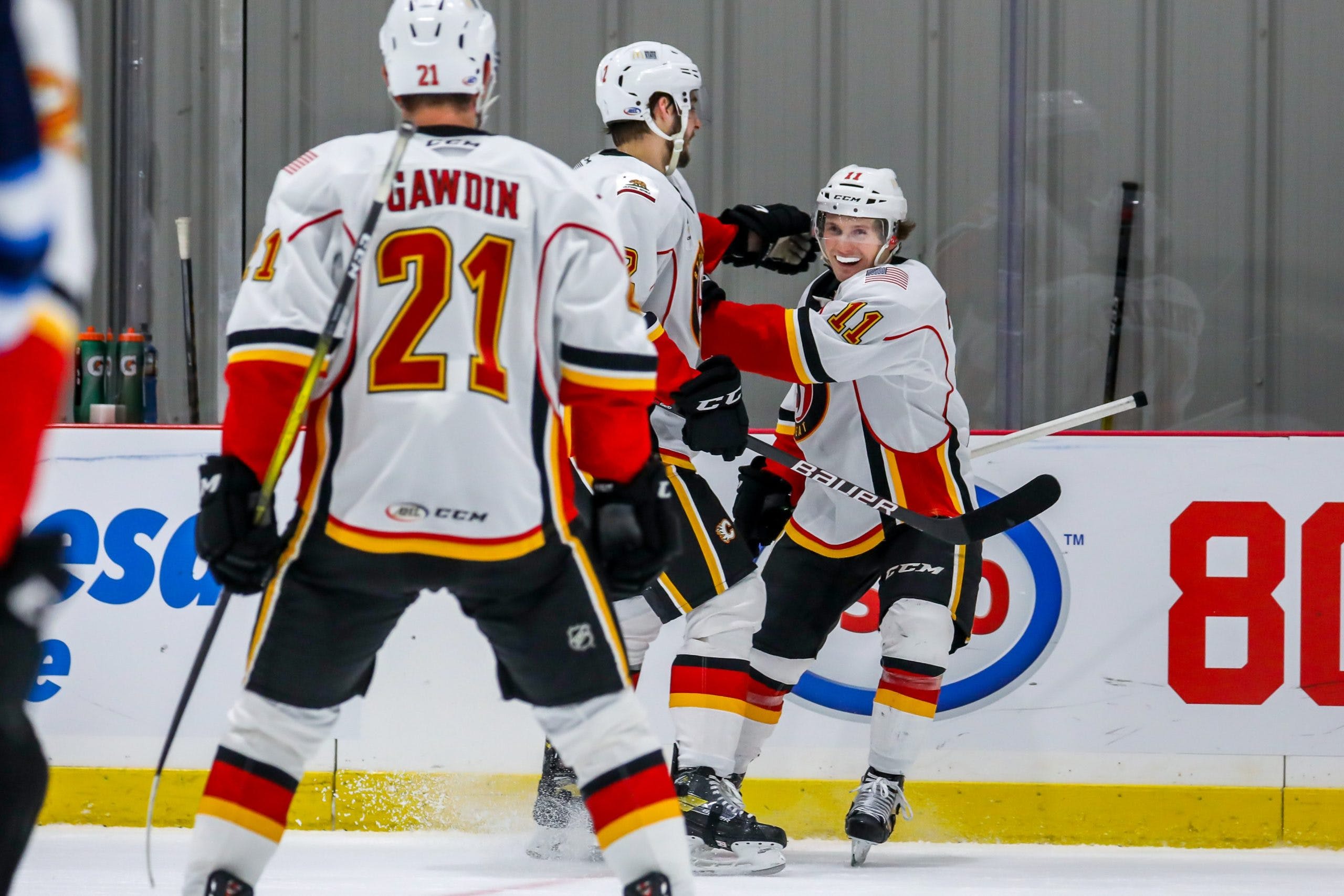 By Mike Gould
8 months ago
The Wolf is about to face the Wolves.
The Stockton Heat have earned a spot in the American Hockey League final four after defeating the Colorado Eagles three games to one in the best-of-five Pacific Division Final playoff series.
The Heat and Chicago Wolves finished the 2021–22 regular season with the two best records in the AHL. Fittingly, they’re the final two Western Conference teams standing in the 2022 Calder Cup Playoffs.
Stockton spent most of the year in possession of the AHL’s top record before being passed by Chicago on the final day of the regular season. The Wolves finished with a 50–16–10 record, good for a .724 points percentage; Stockton ended up at 45–16–7, which translates to a .713 points percentage.
Starting June 3 at Allstate Arena in Rosemont, IL, the Heat and Wolves will go head-to-head in the Western Conference Final.
Heat goaltender @Dustin Wolf allowed just six goals in four games as his team defeated the Eagles in the third round of the playoffs.
Wolf surrendered all six of those goals in Game 3 of the series, a 6–5 overtime loss in Colorado. He became only the third goaltender in AHL history to post three shutouts in a single playoff series, joining Mika Noronen and Gord Henry.
Stockton and Chicago have never faced off in the AHL. To reach the Western Conference Final, the Wolves dispatched the Milwaukee Admirals in four games.
The Laval Rocket and Springfield Falcons have qualified for the AHL Eastern Conference Final, with Game 1 scheduled to take place in Springfield, MA on June 4. Both AHL Conference Finals will be best-of-seven series, as will the Calder Cup Final.
Former Flames forward @James Neal has given Springfield a spark since the St. Louis Blues demoted him to the AHL midway through the 2021–22 season. Neal scored 26 points in 28 games to finish the regular season before adding five points in his first five playoff contests with the T-Birds.
The Calgary Flames’ AHL franchise has not won the Calder Cup since 2001, when it played out of New Brunswick as the Saint John Flames; the Wolves have existed since 1994 and have won four championships.