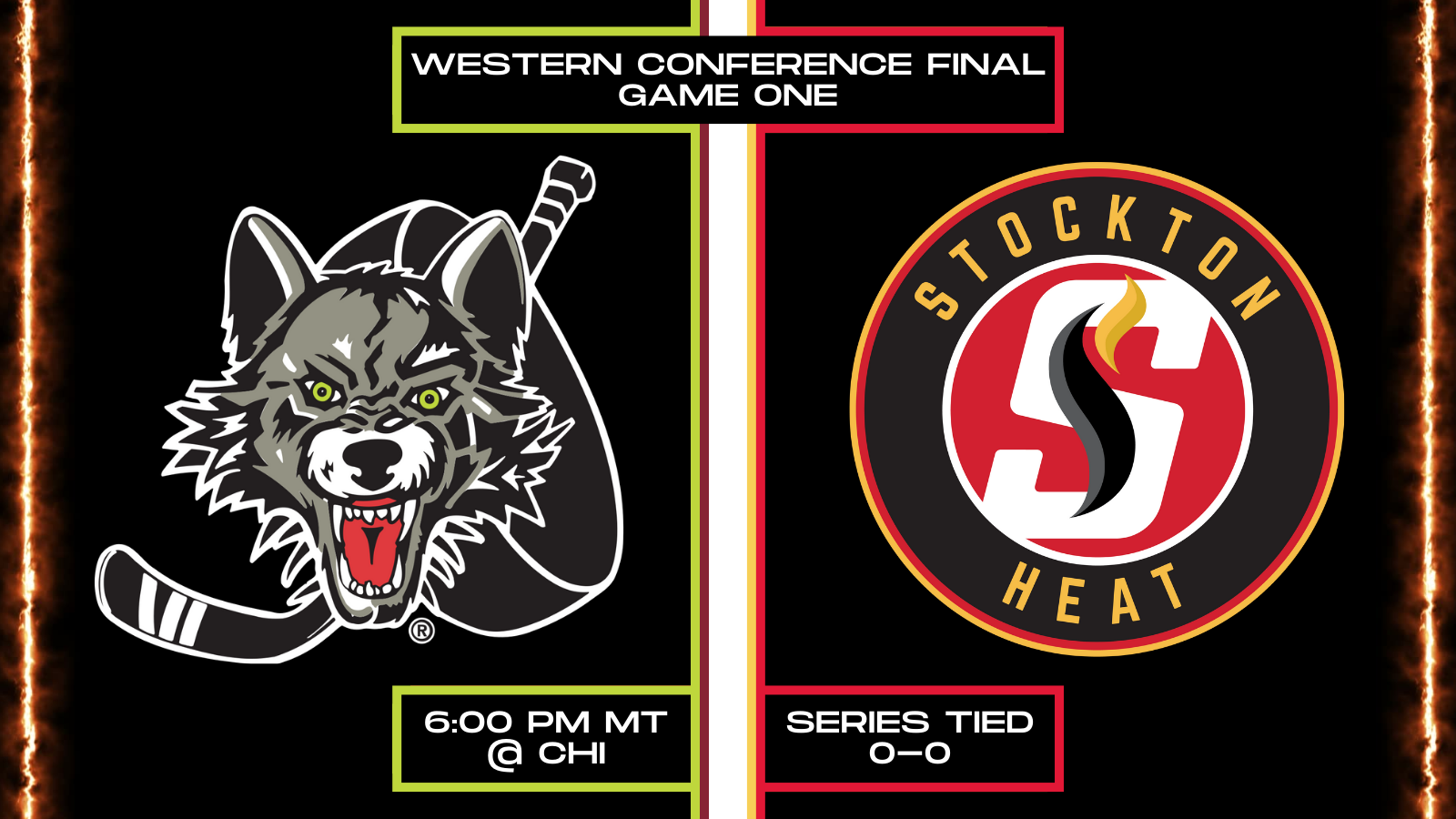 By Mike Gould
7 months ago
The Chicago Wolves finished with the best record in the American Hockey League during the 2021–22 regular season, passing the Stockton Heat on the final day of competition to capture the Macgregor Kilpatrick Trophy.
The Wolves finished with the AHL’s lone 100-point scorer in 2021–22 (Andrew Poturalski, who racked up 28 goals and 101 points in 71 games). Former Calgary Flames forward Josh Leivo leads the 2022 Calder Cup Playoffs in scoring, with 13 points in seven games.
On the other side of the table, the Stockton Heat have Dustin Wolf, the AHL’s reigning top goaltender, and Mitch Love, the AHL’s 2021–22 coach of the year.
The Heat finished with a .713 points percentage in the regular season. Chicago ended up at .724. Both these teams deserve a spot in the 2022 Calder Cup Final, but only one can make it out of the Western Conference.
It’s time for Game 1 between the Heat and the Wolves in Chicago. These two teams have never met before — not ever. It’s a completely new matchup involving one of the AHL’s longest-standing teams and another in its final playoff run before relocating.
The Heat and Wolves have both taken seven games to reach this point in the playoffs. After earning byes past the best-of-three opening series, both teams swept their opponents in the second round before taking four games to advance to the Western Conference Final.

The Stockton Heat needed three wins to get past the Colorado Eagles in the Pacific Division Final. Dustin Wolf managed to do better, posting three shutouts in the series to help propel the Heat toward a meeting with Chicago.
Wolf has never faced the Wolves in his professional career — not even during his three-game cameo with the Heat during the unique 2020–21 season.
Chicago has plenty of high-powered offensive weapons. Can they get past Stockton’s brick wall?

Game 1 in Chicago will be broadcast on AHL TV (subscription required) and on Spreaker (audio only), with the opening puck-drop set for 6:00 p.m. MT.
FlamesNation contributors Paige Siewert and Mike Gould will provide live game updates on Twitter. Additionally, you’ll be able to follow along at TheAHL.com.