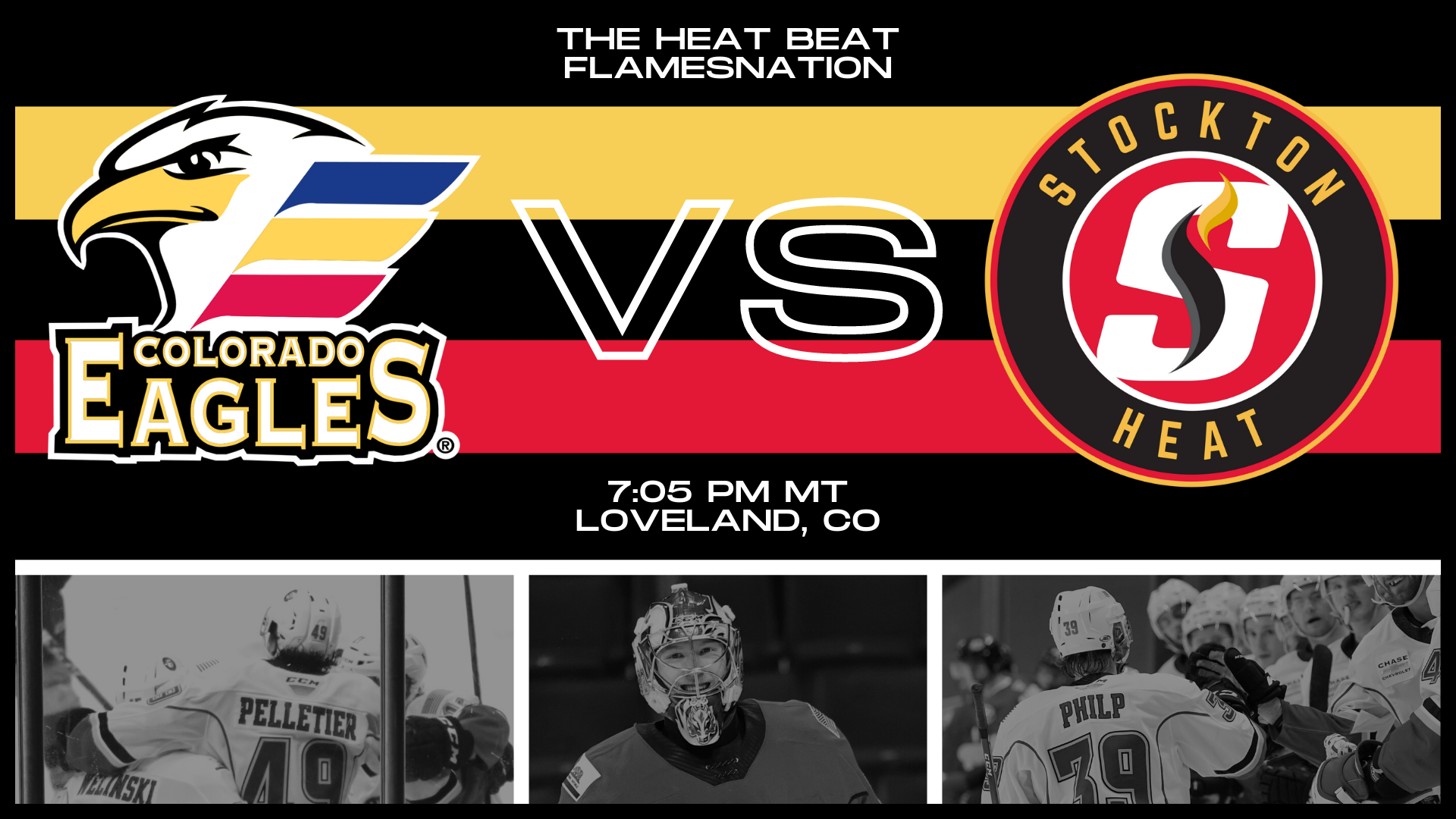 By Mike Gould
10 months ago
For the first time this season, the Stockton Heat have lost back-to-back games in regulation time.
Just one point in either of their last two games would have secured Stockton’s first playoff berth since 2016–17. Instead, the Heat will go for that elusive “x” for a third time when they finish a back-to-back set against the Colorado Eagles on Saturday.
Despite failing to muster a single point in their last two outings, the Heat (35–11–5) still remain atop the American Hockey League standings with a .735 points percentage in 51 games this season. Colorado (30–17–7) ranks third in the Pacific Division.
Stockton opened its brief series against Colorado with a 4–3 regulation loss on Friday. @Matthew Phillips scored early in the third period to give the Heat a 3–2 lead, but goals from @Jayson Megna and @Shane Bowers in the final frame gave the Eagles the advantage.
@Connor Zary and @Jakob Pelletier also scored for the Heat in Friday’s contest. Pelletier’s team-leading 23rd goal of the season came off a perfect feed from Phillips (who recorded his 30th assist of the year on the play).
Despite taking the L, Heat goaltender @Dustin Wolf made 39 saves against the Eagles on Friday. Former Colorado puck-stopped @Adam Werner could get the nod for Stockton on Saturday.

@Connor Zary broke a nine-game scoreless streak with a fortuitous goal on Friday.
Originally credited to @Luke Philp, Stockton’s second goal of the 4–3 loss came off a (likely unintentional) redirect by Zary at the top of @Justus Annunen’s crease.
With the puck in Colorado territory, Philp one-timed the puck from the slot but seemed to slightly whiff on it. The puck fluttered forward, hitting Eagles defenceman @Jordan Gross right in the numbers before caroming off Zary’s skates and across the goal line.
Hey, a goal’s a goal. Zary now has six goals and 17 points in 39 games with the Heat this season (including eight points in his last 13 contests).

Saturday’s game in Colorado will be broadcast on AHL TV (subscription required) and on Spreaker (audio only), with the opening puck-drop set for 7:05 p.m. MT.
FlamesNation contributor Paige Siewert will provide live game updates on her Twitter account. Additionally, you’ll be able to follow along at TheAHL.com.