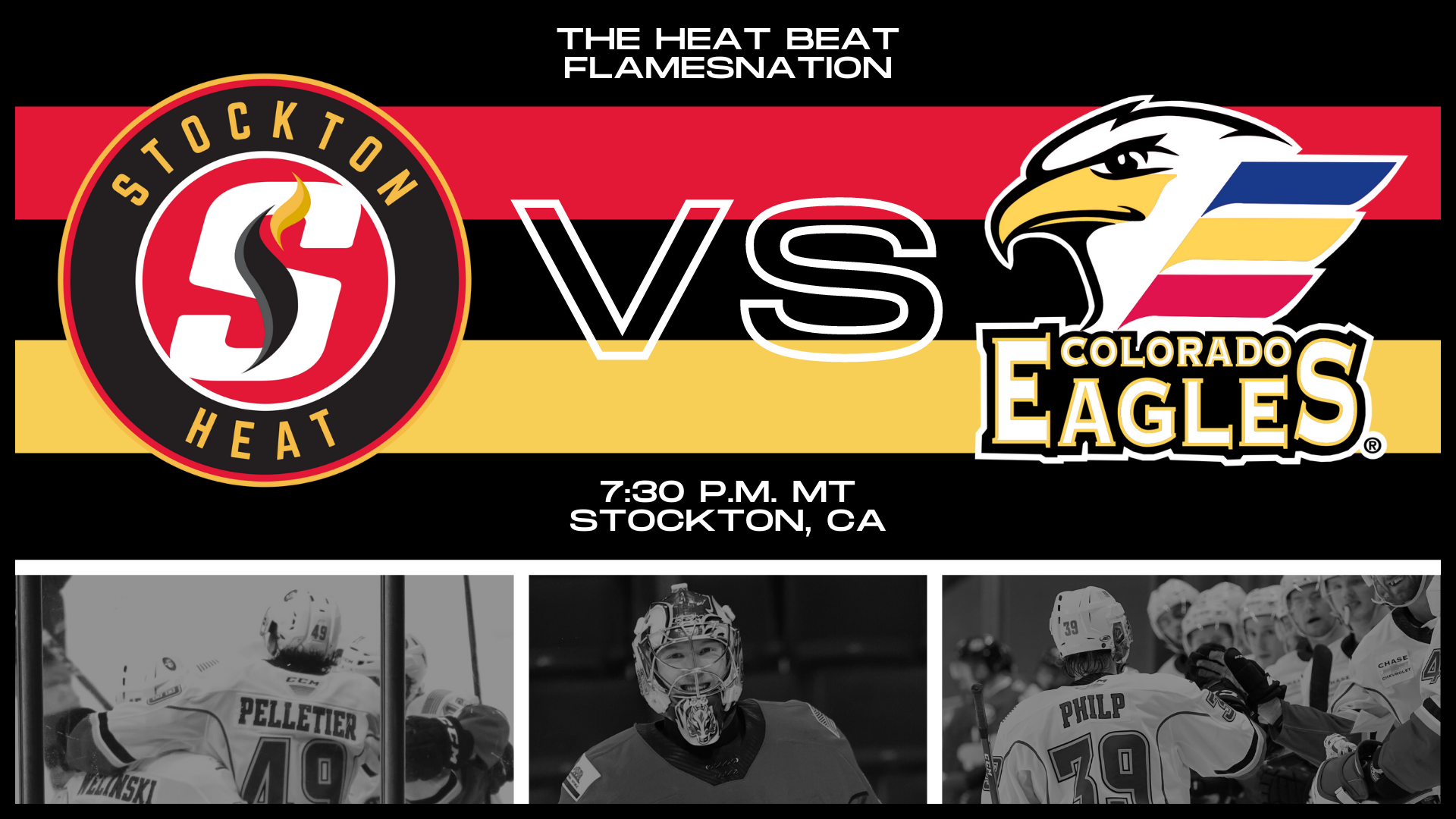 By Mike Gould
10 months ago
The Stockton Heat will look to prevent the Colorado Eagles from clinching a playoff spot when they meet up at Stockton Arena on Wednesday evening at 7:30 p.m. MT.
The Eagles can become the third Pacific Division team to lock up their playoff berth with one point against the Heat on Wednesday. Colorado (32–19–7) currently ranks third in the Pacific with a .612 points percentage; Stockton (39–11–5) remains first in the entire AHL at .755.
Coincidentally, the Heat clinched their own playoff berth against these very same Eagles back on March 19. @Matthew Phillips, @Jakob Pelletier, and @Connor Zary each scored twice in the 10–3 win, which also helped the Heat improve to 5–2–0 against the Eagles in 2021–22.
Stockton is currently riding a four-game winning streak and most recently prevailed 7–5 over the San Diego Gulls on March 27. @Luke Philp scored twice and @Andy Welinski picked up the winning game in his first game since Jan. 4.
Heat forward @Matthew Phillips picked up his 58th point of 2021–22 in the 7–5 win, passing Kenny Agostino (who registered 57 points in 2015–16) to set a new club record for most points in a single season.
With a victory on Wednesday, the 2021–22 Heat can become the first edition of the team to reach 40 wins in a season. In 2016–17, Stockton’s only previous Calder Cup playoff season, the Heat went 34–25–7 over their full 68-game schedule.

After a lukewarm start to the season, @Emilio Pettersen is really coming around in his sophomore turn with the Heat.
The 21-year-old forward picked up a goal and an assist in Stockton’s 7–5 win over San Diego on Sunday, taking a nice pass from @Connor Zary inside the blue line before carrying the puck to the circle and roofing it past @Olle Eriksson Ek.
Pettersen now has nine goals and 21 points in 47 games with the Heat this season, with 15 of those points (including eight goals) coming in his last 24 appearances.