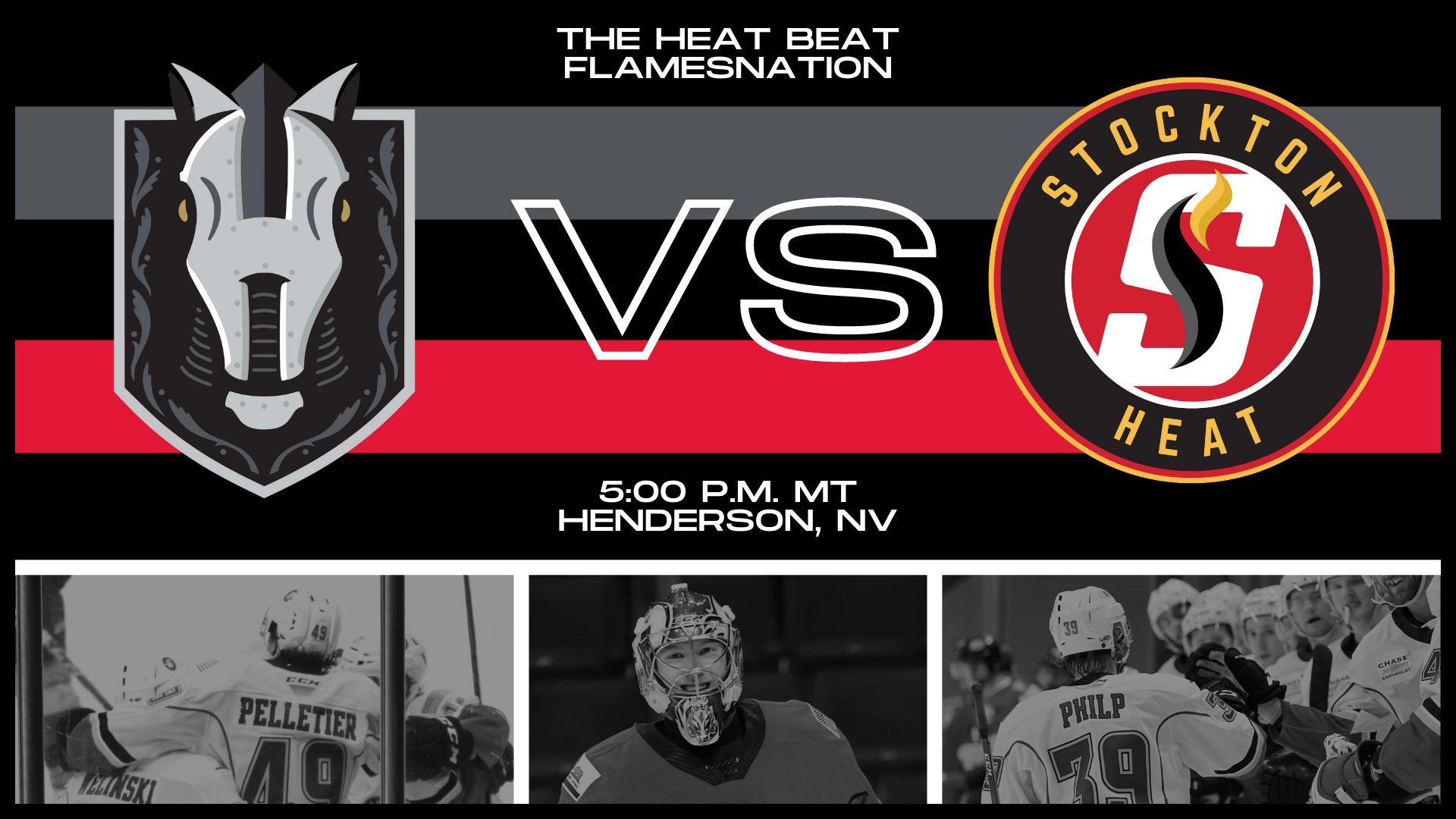 By Mike Gould
7 months ago
The Stockton Heat will complete their three-game series against the Henderson Silver Knights on Saturday afternoon when they meet up at Dollan Loan Center at 5:00 p.m. MT.
@Jakob Pelletier and @Justin Kirkland scored for the Heat on Friday but it wasn’t enough. Henderson outshot Stockton 38–29 and ultimately came away with a 4–2 victory, with @Ben Jones coming through with a pair of goals (including the eventual winner) in the second period for the Silver Knights.
Heat goaltender @Dustin Wolf allowed four goals and took only his seventh regulation loss of the season. It remains to be seen whether Wolf will get the chance to redeem himself on Saturday (on his 21st birthday, no less!) or if Stockton returns to @Adam Werner, who stopped 20 of 23 shots in a 4–3 overtime win over Henderson on Wednesday.
This will be Stockton’s final game against Henderson in the 2021–22 regular season. The Heat have won only three of their previous seven meetings with the Silver Knights this year, with only one of those victories coming in regulation.
Nevertheless, Stockton (43–13–6) remains atop the AHL standings with a .754 points percentage through 61 games this season; Henderson (30–28–5) remains the No. 6-seeded team in the AHL Pacific Division.

Heat captain @Byron Froese picked up a helper on Jakob Pelletier’s goal in the first period of Friday’s game, extending his personal point-scoring streak to six games.
Froese, 31, now has seven points (two goals, five assists) in his last six contests and is up to 33 points (19 goals, 14 assists) in 49 appearances this season.

Saturday’s game in Henderson will be broadcast on AHL TV (subscription required) and on Spreaker (audio only), with the opening puck-drop set for 5:00 p.m. MT.
FlamesNation contributor Paige Siewert will provide live game updates on her Twitter account. Additionally, you’ll be able to follow along at TheAHL.com.