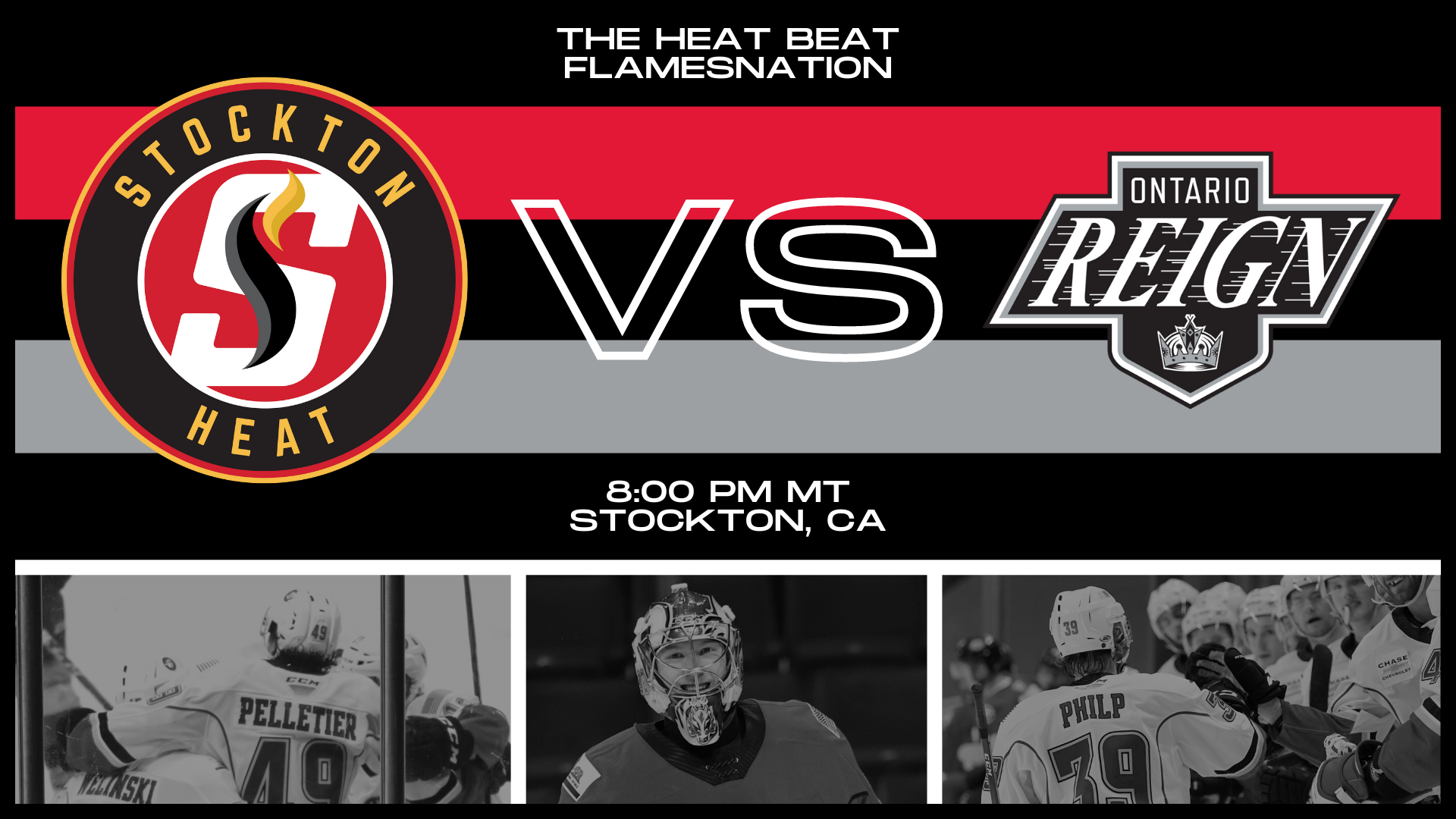 By Mike Gould
8 months ago
The two titans of the American Hockey League’s Pacific Division will do battle for the penultimate time in the 2021–22 regular season — and the last time at Stockton Arena — on Friday at 8:00 p.m. MT.
The Stockton Heat (41–12–5) and Ontario Reign (36–15–8) have already met six times this season, with the Heat carrying a 4–2–0 record against their top divisional foes into Friday’s contest. Stockton most recently took a 6–5 shootout decision against Ontario at home on Feb. 12, with Heat forward @Martin Pospisil scoring the winner in the skills competition.
The Heat last took to the ice for a game on April 3, with Stockton pulling out a 3–1 win over the San Jose Barracuda on that date; the previous day, Ontario fell to the Colorado Eagles in overtime by a 4–3 final score.
@Connor Zary scored the winning goal for the Heat in San Jose, bringing his total on the season to 11 (six of which have come in his last eight games). The 20-year-old AHL rookie now has 23 points in 46 games with the Heat this year.
@Dustin Wolf picked up the win for Stockton in that game, making 27 saves on 28 shots to improve to 31–6–3 on the year. The 20-year-old netminder boasts an impressive .927 save percentage and 2.23 goals-against average in 41 appearances with the Heat in 2021–22.

Martin Pospisil returned to the Heat lineup on April 3 after missing the previous night’s game against the Barracuda. The 22-year-old continued his productive recent stretch of play with the primary helper on @Byron Froese’s opening goal.
In 37 games with the Heat this season, the 6’1″, 195-lb. Pospisil has seven goals and 20 points.