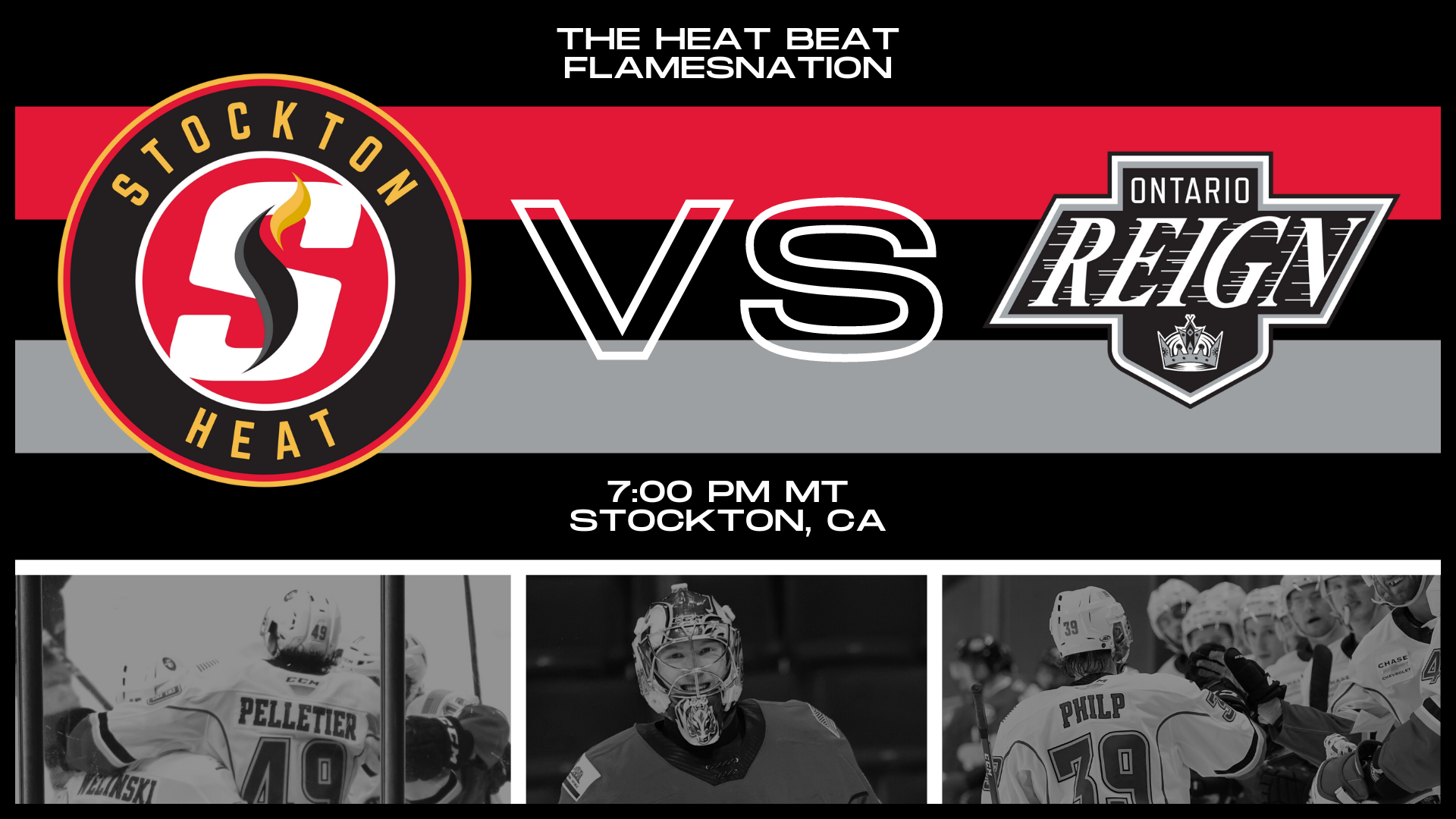 By Mike Gould
9 months ago
The Stockton Heat are 11–0–0 after losses this season. They’ll look to extend that streak to a perfect dozen on Saturday when they take on the Ontario Reign at Stockton Arena.
The Heat have outscored their opponents 42–18 in those post-loss contests. Their most recent such game came on Jan. 29, also against Ontario at the Stockton Arena, when @Dustin Wolf made 32 saves and @Matthew Phillips scored the winning goal in a 2–1 Heat victory.
Stockton’s top line will look to rebound on Saturday after being entirely shut out in Friday’s 5–2 loss to the Reign at home. Phillips led the way with a team-high five shots, with @Glenn Gawdin and @Emilio Pettersen each registering three, but Reign goaltender Matthew Villalta stood tall. The 22-year-old netminder made 33 saves on 35 shots in the Ontario win.
It remains to be seen whether @Dustin Wolf will get the opportunity to redeem himself after being pulled on Friday for just the second time in his professional career. The 20-year-old rookie allowed four goals on 30 shots before being replaced by @Adam Werner for the third period. Wolf is 19–3–3 with a .931 save percentage this season.
The good news: @Emilio Pettersen enters Saturday’s game having just snapped one of the longest goal-scoring droughts of his professional career. He opened the scoring for Stockton just 2:06 into the first period on Friday, deflecting a long-range shot by @Justin Kirkland past Villalta for his first goal in exactly two months.
Heat defenceman @Juuso Valimaki could make his return on Saturday after missing the team’s previous three games while serving a suspension for physical abuse of officials.
Saturday’s game will be Stockton’s sixth against the Reign this season. The Heat boast a 3–2–0 record against Ontario to date.

Stockton — It’s been a trying season for Emilio Pettersen. The 21-year-old forward has just two goals and 10 points in 31 games with the Heat in 2021–22 and has spent much of the year in a bottom-six role. Make no mistake: Pettersen belongs higher in the lineup, and he spent much of Friday’s game on Stockton’s second line. The Norwegian winger had six goals and 14 points in 29 games with the Heat in 2020–21.
Ontario — Acquired from the Vancouver Canucks in the @Tyler Toffoli trade back in 2020, it looks like @Tyler Madden might soon challenge for a spot with the Los Angeles Kings. The 22-year-old forward was named the first star of Friday’s game after picking up a goal and an assist, improving his totals on the season to 12 goals and 24 points in 36 games. The son of 2001 Selke Trophy winner John Madden, Tyler retains some of his father’s defensive game but surpasses him in the offensive zone.