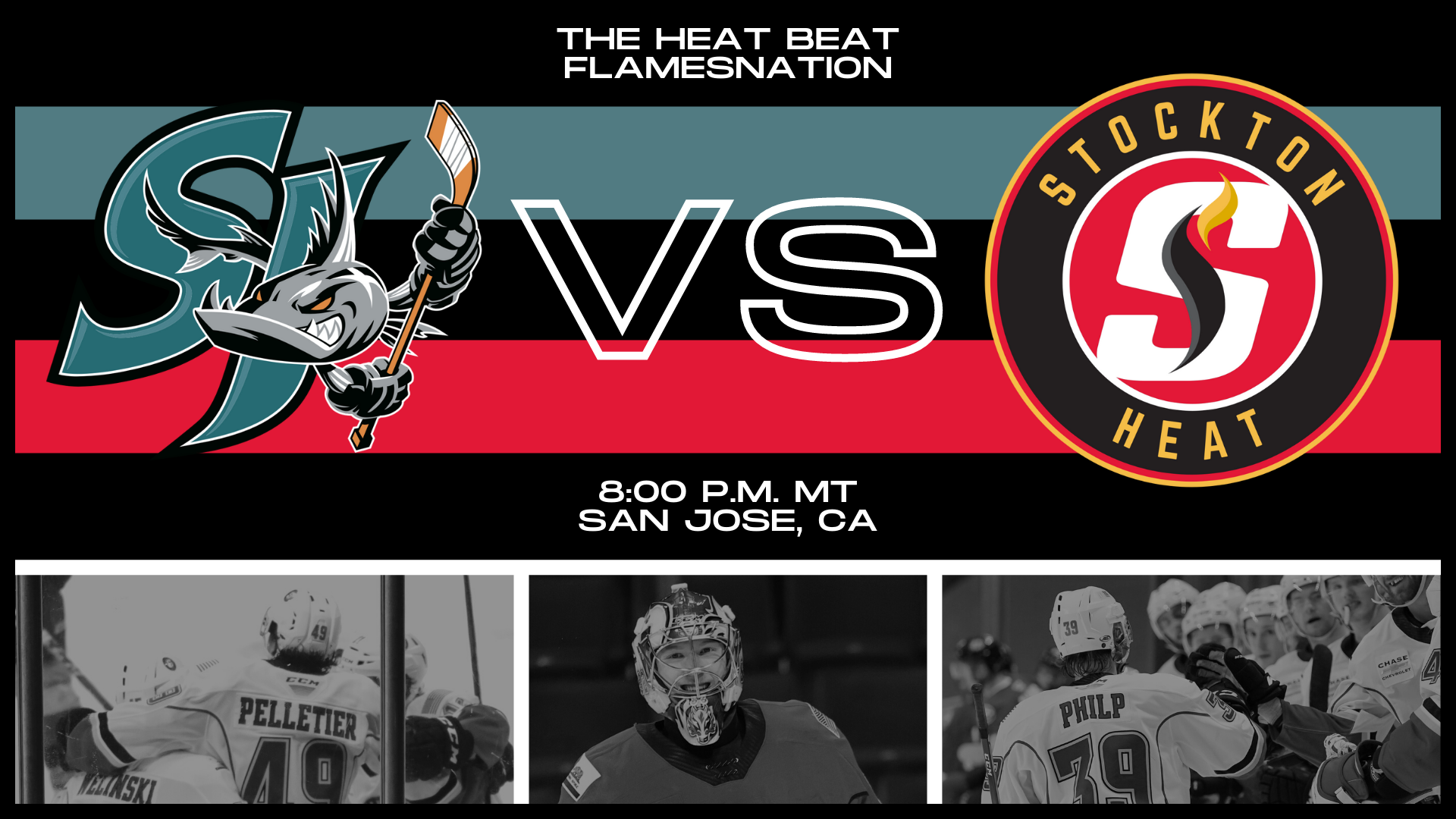 By Mike Gould
8 months ago
The Stockton Heat will play their first game of 2021–22 with an “X” beside their team name in the standings when they visit the San Jose Barracuda at 8:00 p.m. MT on Tuesday.
The Heat scored 10 goals against the Colorado Eagles on Saturday to clinch their first playoff berth since 2016–17. @Matthew Phillips, @Connor Zary, and @Jakob Pelletier all scored twice and @Dustin Wolf made 28 saves as the Heat won 10–3.
Only two of Stockton’s 18 skaters failed to register a single point in Saturday’s drubbing: centre @Glenn Gawdin and defenceman @Ilya Solovyov. Phillips led the way with two goals and two assists, moving him to within just a single point of Kenny Agostino for the all-time single-season Stockton Heat scoring record.
Stockton has had very little trouble with Tuesday’s opponent, defeating the Barracuda in six of seven meetings this season (including another 10-goal outburst by the Heat in Stockton back on Dec. 7, 2021). The Heat have won each of their last four matchups against San Jose, most recently winning at home by a 6–3 score on March 12.
Tuesday’s game will also be Pelletier’s first since he was named the American Hockey League’s top player for the week of March 14–20. The rookie winger posted five goals and seven points in four games with the Heat in that timeframe.
At 36–11–5, the Heat currently sit atop the Pacific Division and the entire AHL with a .740 points percentage. The Barracuda (20–29–4) rank eighth in the Pacific, a division in which the top seven teams qualify for the Calder Cup playoffs.

It might be harder to figure out which Stockton players aren’t heating up at the moment.
How about @Martin Pospisil? The big 22-year-old forward ended a five-game pointless drought with a goal and an assist in the rout against the Eagles on Saturday, setting up @Connor Zary’s second tally of the night before scoring Stockton’s eighth goal of the contest early in the third period.
Pospisil is pretty much the perfect secondary scoring option on an aspiring contender: mean, versatile, and productive. He has 17 points (seven goals, 17 assists) in 32 games with the Heat this season.

Tuesday’s game in San Jose will be broadcast on AHL TV (subscription required) and on Spreaker (audio only), with the opening puck-drop set for 8:00 p.m. MT.
FlamesNation contributor Paige Siewert will provide live game updates on her Twitter account. Additionally, you’ll be able to follow along at TheAHL.com.