The Flames haven’t won a season opener since 2009 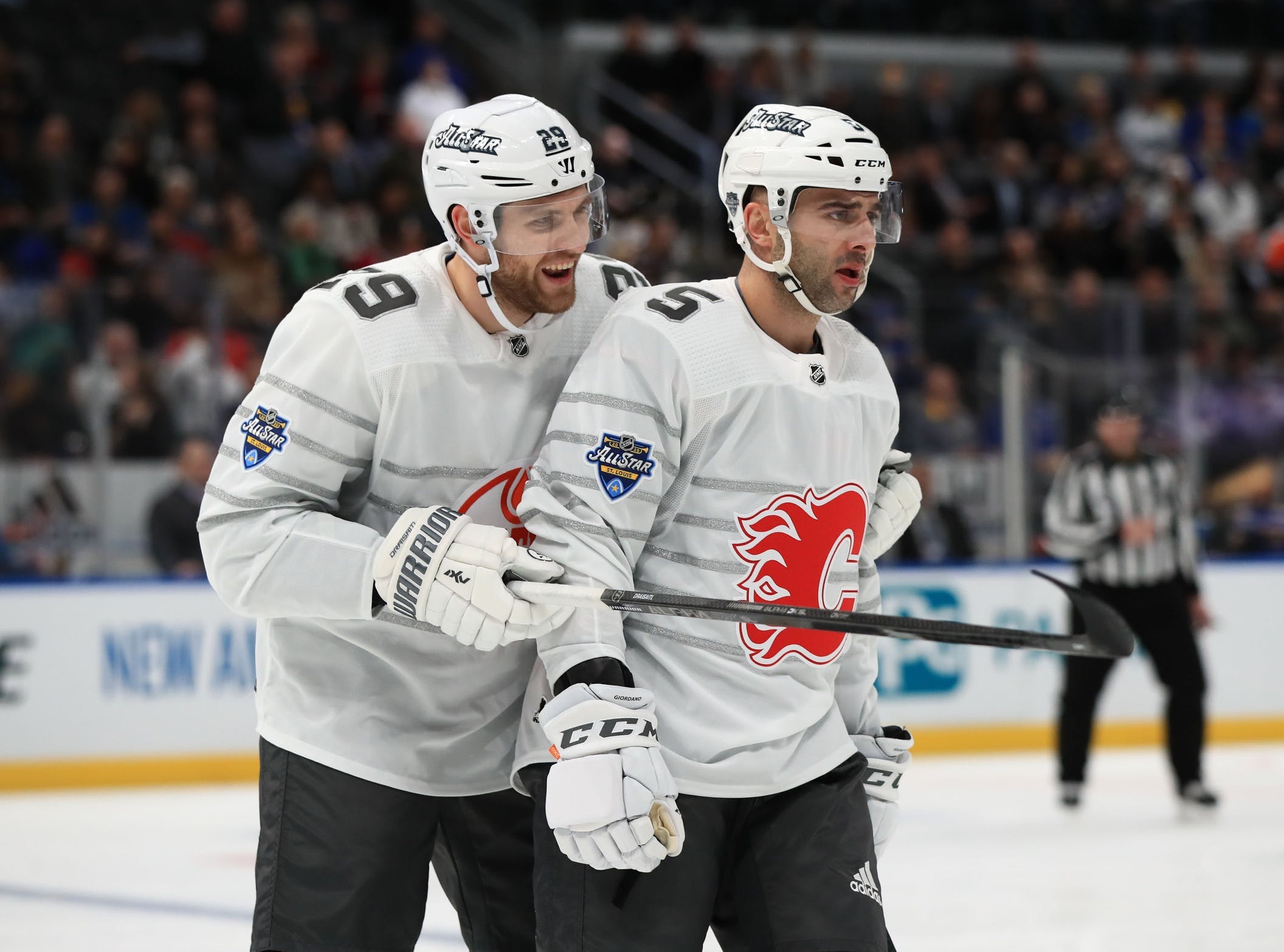 By Mike Gould
2 years ago
It’s going to be an unusual season.
With the all-new North Division, the Calgary Flames will be facing off exclusively against their fellow Canadian brethren. There will be no All-Star Game. All 31 teams will be playing a compressed 56-game schedule.
That said, if the Flames lose their season-opening game tonight against the Winnipeg Jets, something in the universe will have stayed constant. Something could remain the same.
The Flames are currently enduring an unfortunate stretch of futility. It’s a streak that you might not have even realized exists. But it’s been going… and going… and going… for over 10 years.
The Flames haven’t won a season opener since Oct. 1, 2009.
Let that sink in. The last time the Flames won a season-opening game, Miikka Kiprusoff and Roberto Luongo were in their teams’ respective nets. Dion Phaneuf scored a goal. Jay Bouwmeester played over 29 minutes. The highlights were uploaded to YouTube in eye-tormenting 240p resolution.
No, it is not at all normal for a team to lose 10 consecutive season openers. In fact, the Flames’ current losing streak is more than twice as long as that of any other NHL team.
Active losing streaks in season-opening games (entering 2020-21)
Will this be the year where the Flames finally break their season-opening curse? Let’s take a look at their past 10 season openers to see whether the tides are turning in their favour.
2010-11: Brent Sutter and the Flames headed to Rexall Place in Edmonton to take on the Oilers, who were fresh off making their first of three consecutive first-overall picks. Taylor Hall made his debut but it was Jordan Eberle who stole the show, scoring a goal that you probably remember pretty well:
The Oilers won 4-0. Gilbert Brule scored the winner.
2011-12: The Flames hosted the Pittsburgh Penguins. Despite playing without Sidney Crosby, still in the midst of his recovery from multiple concussions, the Penguins dominated and out-shot the Flames 37-20. After Curtis Glencross opened the scoring for Calgary in the first period, Pittsburgh scored four unanswered goals in the second period en route to a 5-3 Flames loss. (I was at this game. I was very sad).
2012-13: The lockout ended. The streak did not. The Flames hosted the San Jose Sharks and gave up four unanswered goals after scoring the opening goal in a season opener for the second year in a row. This time, Lee Stempniak gave the Flames some hope in the first period, but it was all for naught. Even in a shortened season that began in January, the streak persisted. Thankfully, this year is nothing like that.
2013-14: If you include the shootout, this game featured Calgary scoring the first three goals before allowing five unanswered ones. This time, the Flames travelled down to Washington to face the Capitals, getting off to a 3-0 lead in the first period thanks to David Jones, Stempniak, and Jiri Hudler. After Connor Carrick cut the lead to 3-1 in the second, Lance Bouma scored his second NHL goal to make it 4-1.
But then Alex Ovechkin scored. And then he scored again. And then Nicklas Backstrom scored to tie it. And then Ovechkin scored again in the shootout to clinch it. 5-4, final.
2014-15: Wait, didn’t the Flames get off to a hot start and make the playoffs this year? Surely that would spell the end of the streak!
Yeah, no. Calgary lost 4-2 to Vancouver, with future Flame Chris Tanev recording two assists and future Oiler Zack Kassian scoring a goal. This one is forgivable, though, because Calgary ended up beating Vancouver by the same score in the first round of the playoffs.
2015-16: This Flames team was extremely hyped after making the playoffs in 2014-15 and trading for Dougie Hamilton in the off-season. So, of course, they got trounced again by the Canucks in the 2015 season opener. Vancouver ended the first period up 2-0 and, even though Jiri Hudler cut the lead to 2-1 in the second, they basically sealed the win with a goal by Flame-killer Daniel Sedin with just five seconds to go in the middle frame. The game ended up 5-1 in favour of the Canucks with the Flames being outshot 44-30.
2016-17: Remember Brian Elliott and Nicklas Grossmann? This season opener was the first game ever held in Rogers Place, the new home of the Edmonton Oilers, and the Flames made sure that it would be a game for Oilers fans to remember. Elliott allowed six goals on 27 shots, including two to Connor McDavid and the first of Jesse Puljujarvi’s career. The Flames lost 7-4.
2017-18: Cool, another season opener at Rogers Place! This time, the Oilers outshot the Flames 45-27, with Mike Smith admirably holding the fort. Still, he allowed three goals to Connor McDavid, and—surprise, surprise—the Flames couldn’t generate anything at all. At least Tanner Glass got into a fight? Final score: 3-0.
2018-19: Sure, the Flames finished first in the Western Conference in 2018-19. The streak didn’t care. This time, the Flames travelled to Vancouver to participate in Elias Pettersson’s first NHL game, and of course he opened the scoring with a gorgeous goal en route to a 5-2 Canucks win. Tanev was on the ice for it, too!
2019-20: With the Flames fresh off a humiliating playoff loss to the Colorado Avalanche in 2018-19, the NHL’s schedule-makers decided to torment Calgarians by pitting their team against the very same Avs to open the following season. At least this game was relatively close—the Avalanche outshot the Flames 32-30—but Joonas Donskoi opened the scoring early and the Flames never led once. Donskoi sealed a 5-3 Colorado win with an empty-netter late in the third.
There you have it: 10 consecutive season-opening losses for the Flames.
Will today bring anything different? Make your predictions in the comments.
Uncategorized
Recent articles from Mike Gould