The Flames should submit a waiver claim for Nick Merkley 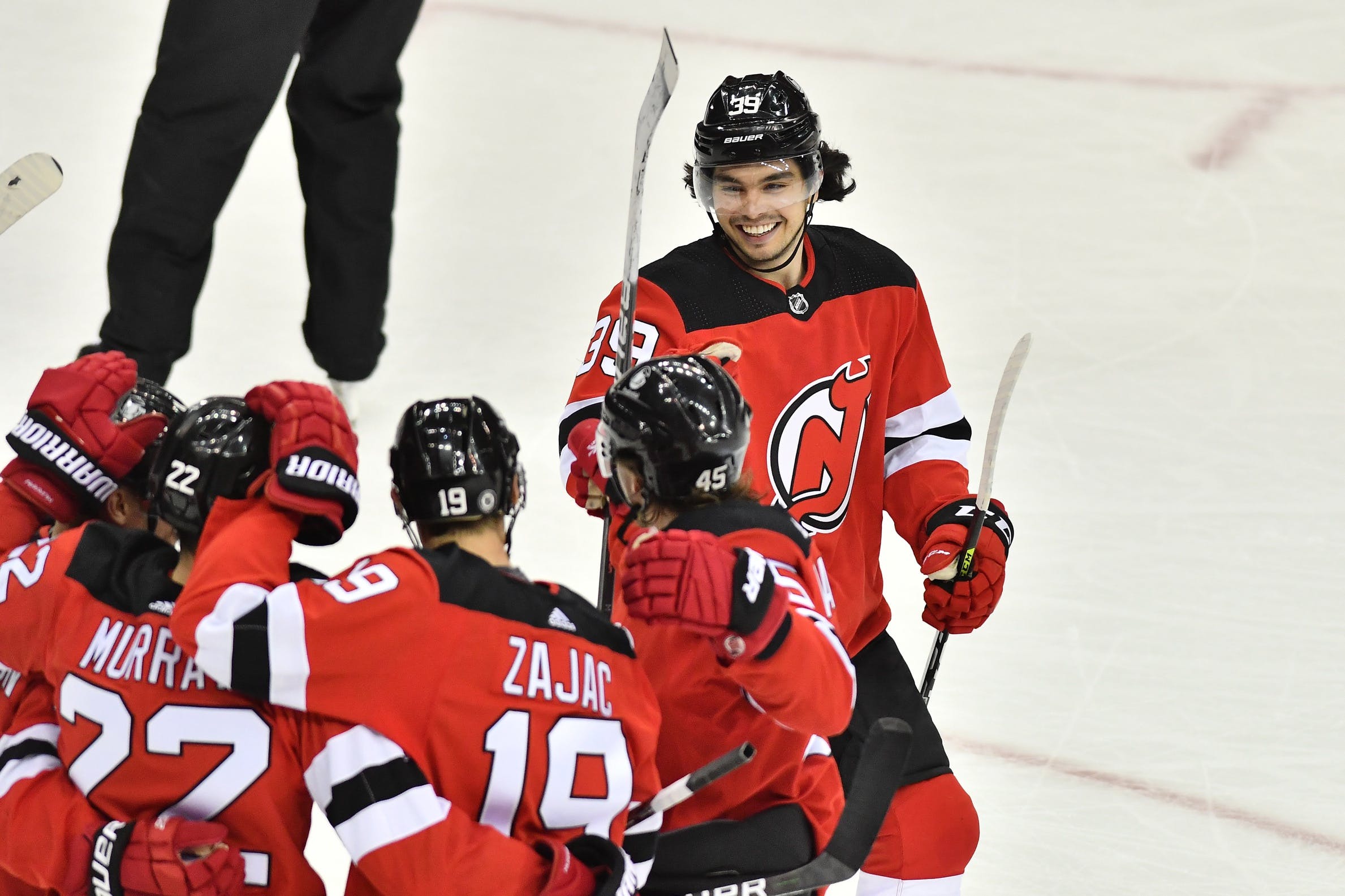 By Mike Gould
1 year ago
On Wednesday morning, the New Jersey Devils placed Calgary-born forward Nick Merkley on waivers.
The Devils acquired Merkley, 23, from the Arizona Coyotes in December 2019 as part of the deal that sent Taylor Hall to the playoff-bound ‘Yotes. Merkley played 54 AHL games in 2019-20, split between the Tucson Roadrunners and the Binghamton Devils, and scored a total of 11 goals and 35 points in those contests.
The Coyotes selected Merkley at the 2015 NHL Entry Draft with the 30th (and final) pick of the first round. He played a single game with Arizona in the 2017-18 season and amassed 89 points in 109 games with AHL Tucson before being traded.
Merkley has appeared in 33 games for Binghamton since joining the Devils organization, scoring nine goals and 22 points. He contributed a goal and an assist in a four-game cameo with New Jersey last year and has added another two goals and six points in 13 NHL games this season.
A right-handed right wing who stands 5’10”, Merkley spent his entire five-year Western Hockey League career playing with the Kelowna Rockets. Current Calgary Flames assistant coach Ryan Huska served as the bench boss in Kelowna during Merkley’s first two WHL seasons, in 2012-13 and 2013-14.
Merkley spent multiple seasons in Kelowna playing with Dillon Dube and Justin Kirkland, both of whom are currently under contract with the Flames. In an interview with KelownaNow.com in 2017, Dube described Merkley as a teammate he knew he could count on and trust:

If you were stranded on a desert island, which teammate could you count on to get you home?
Nick Merkley. I would take Nick Merkdaddy to a desert island because I know he will put in the effort to get off as fast as possible, and he is a guy who I never fight with so we would be able to spend lots of hours together.

The Flames owned the 15th overall selection in the 2015 Draft before they moved it to acquire Dougie Hamilton. Prior to the trade, NHL.com correspondent Aaron Vickers suggested on Sportsnet 960 The FAN that the Flames would take a long look at Merkley (and current Philadelphia Flyers forward Travis Konecny).
Merkley has been worth 2.5 offensive goals above replacement level at even strength in his 13 games with New Jersey this season, according to Evolving-Hockey. In that small sample size, he’s been worth a total of 1.8 goals above replacement and 0.6 standings points above replacement.
The Flames have a relatively small contingent of right-handed players and Merkley is available as a no-cost reclamation project. He’s familiar with one of the Flames’ longest-tenured coaches and he has previously exhibited good chemistry with Dube, himself a very important part of the team’s future.
Merkley is signed through the end of this season at a $874,125 cap hit. If the Flames were to pick him up, he would only count for $241,138 against their cap over the remaining days of the season. He will be a restricted free agent this summer with the ability to file for arbitration.
At this point in time, only the Buffalo Sabres, Ottawa Senators, Anaheim Ducks, and Detroit Red Wings have a higher waiver priority than the Flames. Those four teams will have chances to claim Merkley before Calgary because they have lower points percentages. New Jersey also has a worse points percentage than Calgary but they cannot claim their own waived player.
Should the Flames, with their high waiver standing and lack of RW depth, take a flier on 23-year-old right-shot Calgary product Nick Merkley? Make your case in the comments.
Uncategorized
Recent articles from Mike Gould