The good, bad and ugly of the Calgary Flames: Games 41-45 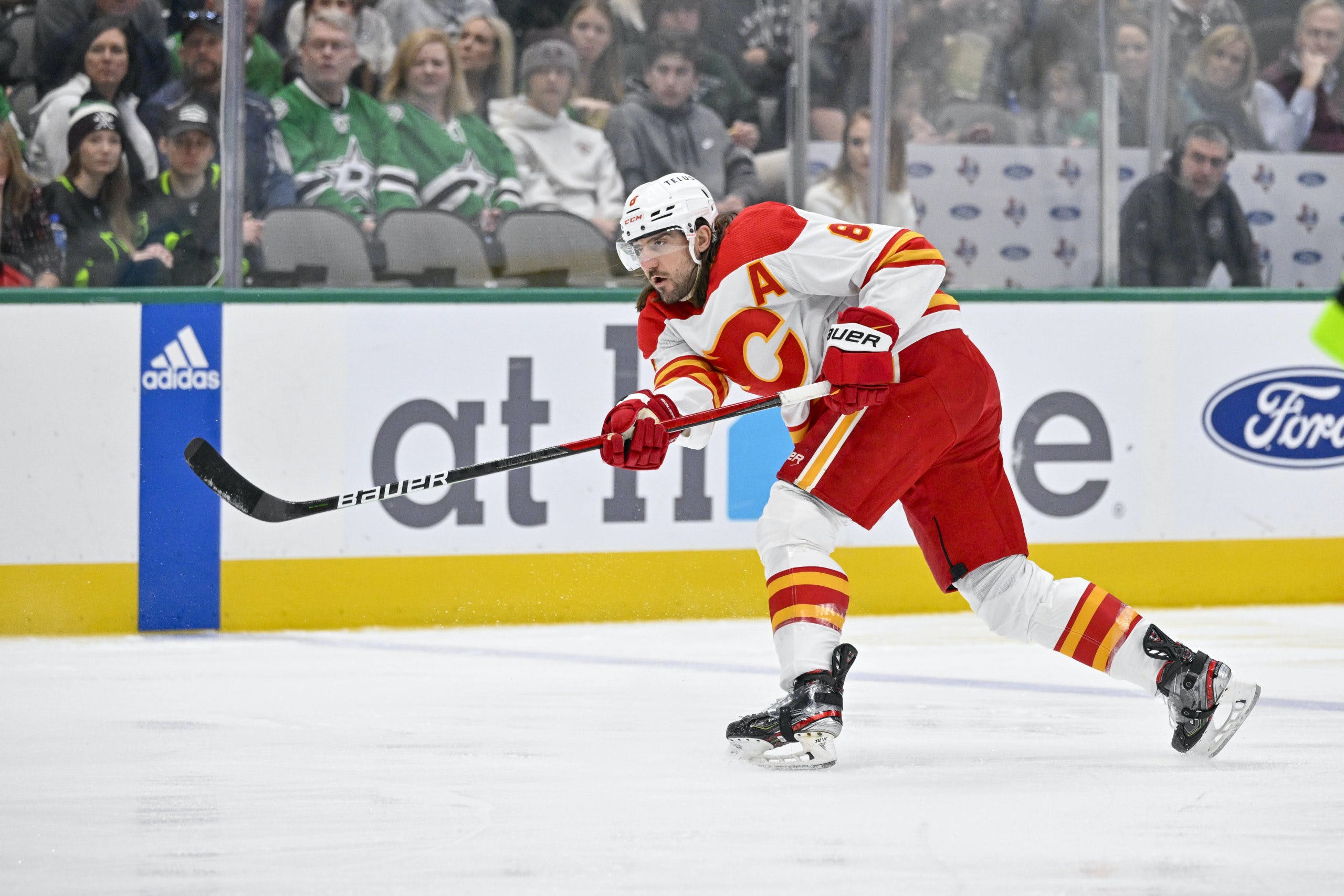 By Robert Munnich
16 days ago
The Calgary Flames have completed a five-game road trip through the Central Division with a record of 2-1-2 which was good for six points in the standings.
It was an up and down road trip with all kinds of hockey being played throughout it. There was a feeling of disappointment after leaving points on the table in Chicago and their first game in St Louis. And there was excitement and great play in the second St Louis and Dallas games.
Let’s take a look at the good, bad and ugly of the Flames last five game segment.

The veteran defenceman was superb during the Flames five game road trip. It was some of the best hockey Tanev has played all season. He was an absolute warrior blocking shots, taking hits to make plays, and shutting down opposing top lines in critical situations. His last couple shifts in Dallas epitomized what Tanev is all about. With the Flames holding a one goal lead against one of the top offenses in the NHL, Tanev stood tall by sacrificing his body, breaking up plays with his stick, and getting pucks out during the most chaotic, intense moments of the game.
The thing that impresses me the most is the fact he is doing all this while banged up. Tanev has missed seven games this season to injury. He also left the game for a brief moment in St Louis but came back in the lineup.
To top things off, Tanev picked up his first goal of the season against the Dallas Stars. He is one of the most underappreciated players in the NHL and he deserves a shout out after his great road trip.

One of the great aspects of being a hockey fan is seeing heart warming stories unfold during the course of a game. We got that in St Louis when Walker Duehr scored his first NHL goal in front of his family who made the nine-hour drive from South Dakota to St Louis. The goal also happened to be a beauty.
Duehr is not your prototypical NHL prospect. He has had to fight tooth and nail for his opportunity to play professional hockey. Duehr spent three seasons in the USHL before playing four seasons in the NCAA for Minnesota State University Mankato. He was not a prolific scorer at any level during his junior hockey days. According to Elite Prospects, Duehr has never come close to being a point per game player in his junior and professional career. He has always been a player who has had to out work those around him to get to where he is today.
A great story that was needed for a Flames team that has lacked excitement at times this season.

There has been a lot of criticism directed at Andrew Mangiapane this season after a lackluster start to the season from a production standpoint. And some of that criticism was fair. Prior to the Flames five game road trip, Mangiapane scored 7 goals in 40 games. Good for a 14-goal pace over 82 games which would be his worst goals per game production of his NHL career. Expectations were also raised for Mangiapane coming off a 35-goal season in 2021-22 and signing a new three-year contract worth $17.4M.
But he has started to turn things around after being reunited with Mikael Backlund and Blake Coleman.
On this last five game road trip, Mangiapane recorded two goals and two assists. He led the Flames in individual high danger scoring chances (iHDCF) in all situations. He also led the team in CF%, HDCF%, and xGF% at 5 on 5. He was fantastic in this five-game run.
It would be huge for the Flames if Mangiapane can keep up this level of production. Could go a long way in the Flames making the playoffs or not.

Darryl Sutter has been under scrutiny for lineup decisions throughout the course of the season. One of the biggest issues Flames fans have had with the way Sutter has deployed his lines is the fact that he refuses to give young, small, skilled players a true opportunity to show what they can do at the NHL level.
Matthew Phillips was only able to get in the lineup twice. He played 18:04 in those two games.
And now he refuses to play 2019 first-round pick Jakob Pelletier.
Pelletier has earned the opportunity to play games at the NHL level. As pointed out by Barn Burner’s Ryan Pinder, Pelletier is one of four players drafted in the first round in 2019 to have not played an NHL game. Pelletier has 96 points in 97 AHL games in his career. Brad Treliving has talked about giving young players in the organization a chance to play. It’s not happening, and you have to wonder if that’s starting to wear thin on the Flames GM.

One under the radar storyline is the fact that the Flames continue to lose ground to Western Conference opponents, even when they have picked up points in 16 of their last 20 games.
Over each team’s last 10 games, Seattle, Los Angeles, Minnesota, Edmonton, and Nashville have all picked up more points than the Flames. Calgary tied St Louis with 12 points over that span. The only team they’re competing with for a playoff spot in the Western Conference that has collected fewer points than the Flames are the Colorado Avalanche, who are missing a lot of key players to injury.
It’s looking like Calgary, Edmonton, Colorado, Nashville, and St Louis are going to be fighting for two wild card spots. The Flames have to find a way to go on a winning streak to start separating themselves from the pack or else they are going to be in a serious fight with some really good teams to make the playoffs.
What did you think of the Flames latest road trip? Let us know in the comments section!
Editorials
Recent articles from Robert Munnich