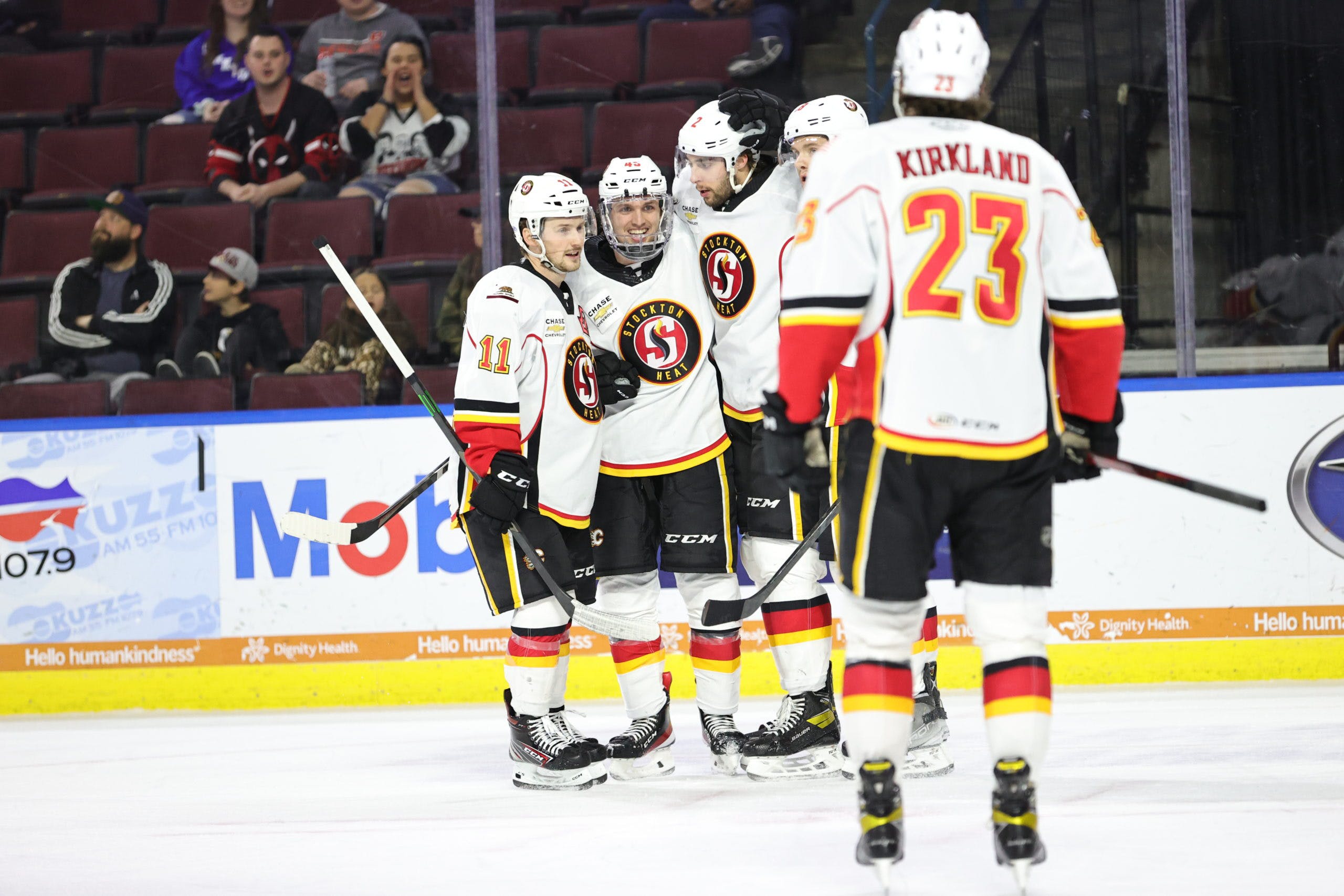 By Mike Gould
9 months ago
For the first time in team history, the Stockton Heat are Pacific Division champions.
The Heat (44–14–7) clinched the top seed in the Pacific after the Ontario Reign fell to the Colorado Eagles by a 5–1 score on Saturday. As Pacific champions, the Heat will be given a bye to the second round of the 2022 Calder Cup playoffs.
Bolstered by leading scorers @Matthew Phillips (67 points in 63 games) and @Jakob Pelletier (62 points in 64 games), as well as an MVP-calibre season by starting goaltender @Dustin Wolf (33–8–4, .924 SV%), the Heat currently own the top points percentage in the American Hockey League.
Stockton’s first playoff opponent will be the lowest-seeded Pacific Division team to advance to the second round. The 2022 Calder Cup playoffs will begin in May.
The Heat have never won the Pacific Division in their seven seasons since relocating to Stockton. In 2016–17, the Heat finished fourth in the Pacific with a 34–25–9 record before losing to the San Jose Barracuda in the maximum five games in the first round.
Stockton currently trails the Bakersfield Condors by a 3–0 score after two periods of play at Mechanics Bank Arena in Bakersfield.