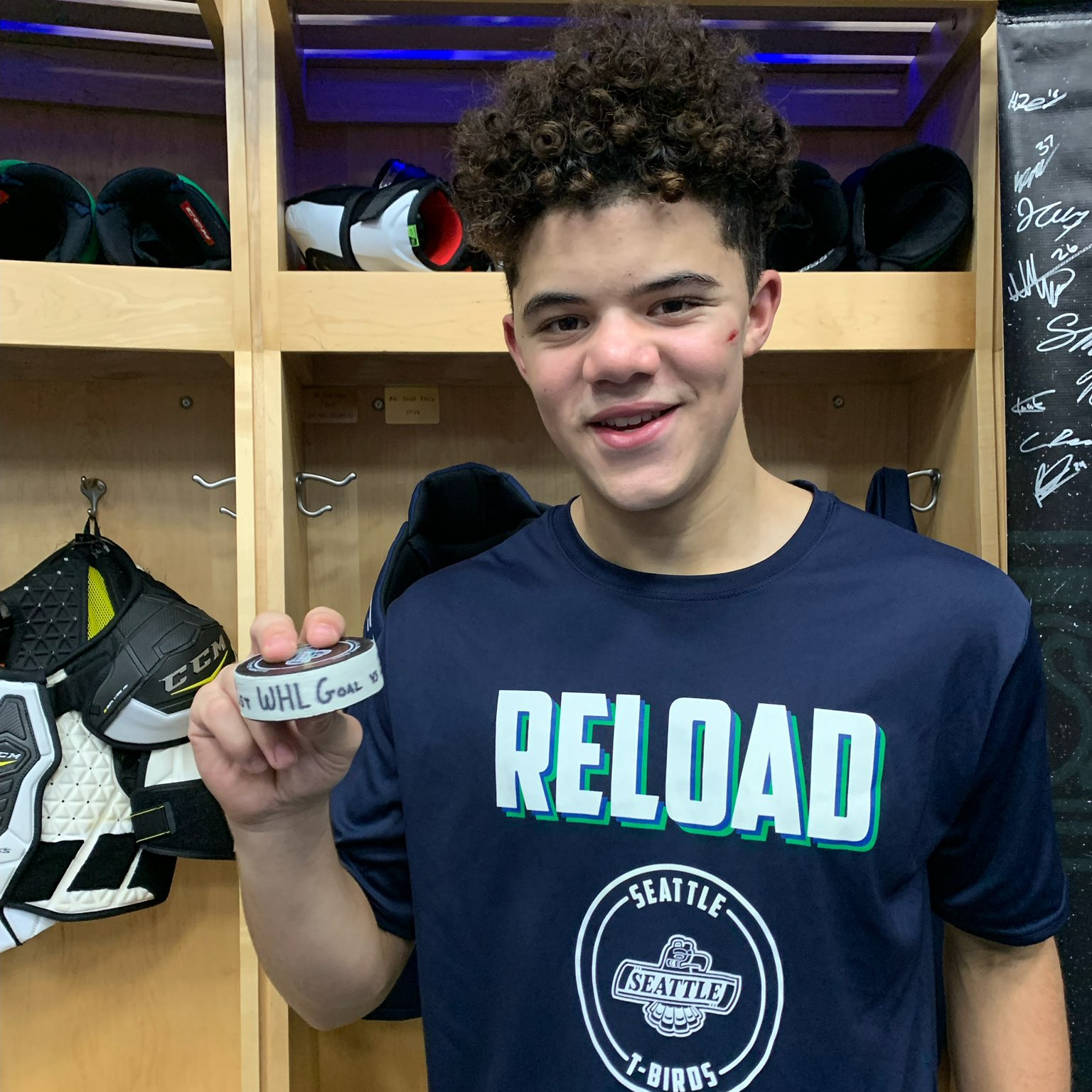 By Mike Gould
3 months ago
Seattle Thunderbirds forward Tij Iginla scored his first Western Hockey League goal late in the third period of Friday’s game against the Edmonton Oil Kings.
Iginla, 16, unleashed a perfect wrister from the right faceoff circle past Oil Kings goaltender Kolby Hay to put the Thunderbirds up 7–0 with just 1:01 remaining in regulation time.
Brayden Dube and Sam Popowich picked up the assists on Iginla’s first WHL tally. Here’s the video — Iginla is No. 17 in navy blue:
You might’ve heard of Tij Iginla’s father. Jarome Iginla spent most of his National Hockey League career with the Calgary Flames and currently holds franchise records in most individual categories. FlamesNation managing editor Ryan Pike recently named the elder Iginla the single most impactful Flame of all time.
The Thunderbirds selected Tij Iginla with the No. 9 pick in the 2021 WHL Bantam Draft. The 5’10” winger appeared in his first three WHL games with Seattle last season, picking up his first assist, and now has his first goal in his fifth game of the 2022–23 campaign.
It’s a little odd to see a forward named Iginla who shoots left — Jarome, Jade, and Joe Iginla all shoot right — but Tij’s release from the circle looks pretty lethal. He’s up to two points (one goal, one assist) in his first five games of the season with Seattle.
Tij Iginla will be eligible for the 2024 NHL Draft. The Lake Country, BC product is an alumnus of the Kelowna Rink Hockey Academy (where his father currently coaches), having scored 26 goals and 48 goals in just 32 games during the 2021–22 season.
Jarome’s playing career may be over, but his kids are only getting started. With Tij already off and running in the WHL, Jade, 17, is about to embark upon her freshman year at Brown University. Meanwhile, 14-year-old Joe has six goals and 10 points in five games with the Kelowna Rink Academy’s U15 team this season.
Tij and the Thunderbirds will return to action on Saturday night when they visit the Everett Silvertips at 7:05 p.m. MT.
News
Recent articles from Mike Gould