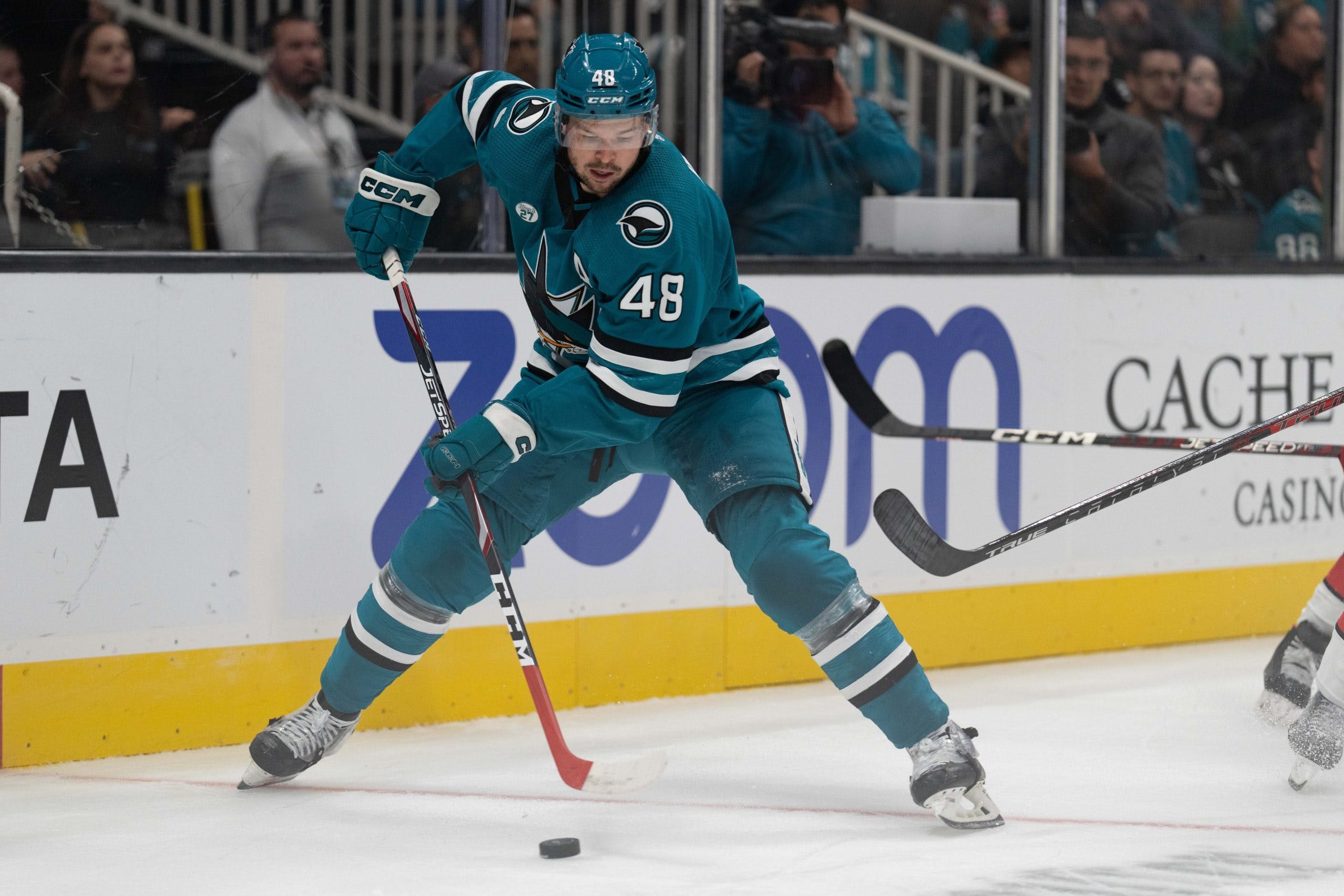 By Mike Gould
1 month ago
San Jose Sharks forward Tomas Hertl will have a hearing for high-sticking the Flames’ Elias Lindholm in Sunday’s game at SAP Center in San Jose, the NHL’s Department of Player Safety announced Monday morning.
The incident occurred just six seconds into the third period of Sunday’s 5–2 Flames win over the Sharks. Hertl will have his hearing with Player Safety on Monday.
As the below video shows, Hertl retaliated to a cross-check by Lindholm off a faceoff at centre ice by delivering a two-handed slash right to the face of Calgary’s No. 28.
Hertl was assessed a two-minute minor penalty for high-sticking on the play.
Lindholm ultimately scored the game-winning goal just 10 seconds into the ensuing power play, putting the Flames up 3–1 over the Sharks at a critical point in the hockey game. Better yet: Lindholm scored again just 19 seconds later to make it 4–1 for Calgary, effectively putting the game out of reach.
Tyler Toffoli, Milan Lucic, and Dillon Dube also scored for Calgary in their blowout win against the Sharks on Sunday; Hertl and Timo Meier provided the offence for San Jose. Flames goaltender Jacob Markstrom made 24 saves for his first win since November 21.
While Lindholm escaped serious injury on the play, the Flames did lose defencemen Dennis Gilbert and Nikita Zadorov during the game. Gilbert left and did not return after taking a hard punch from Jonah Gadjovich during a fight; Zadorov appeared to block a shot with his wrist late in the third period and immediately went down the tunnel to the Flames’ dressing room.
It remains to be seen whether Hertl will be in the lineup when the Flames and Sharks return to action for a rematch at SAP Center in San Jose on Wednesday, December 20. You’ll be able to catch that game on Sportsnet West at 8:30 p.m. MT.
News
Recent articles from Mike Gould