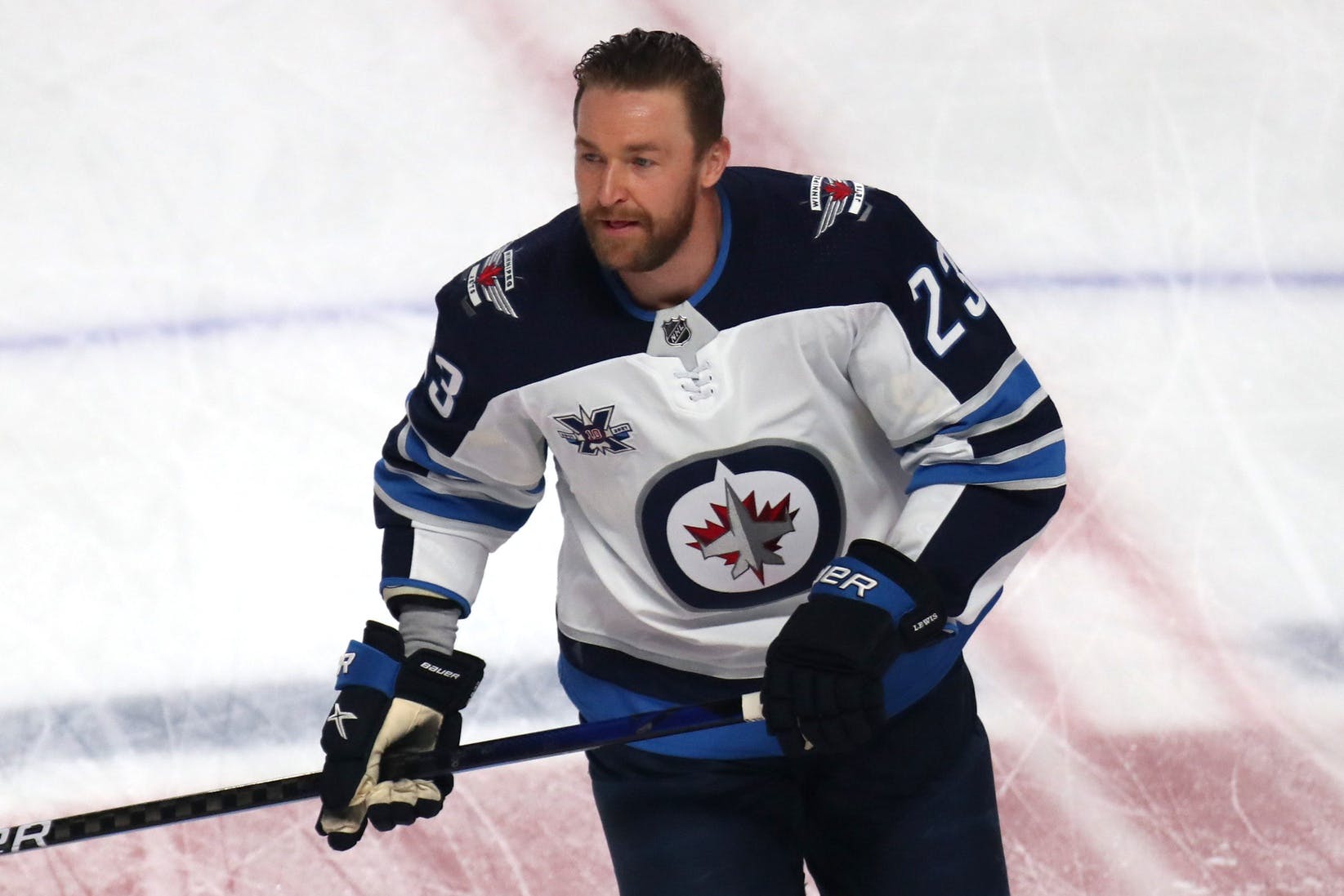 By Mike Gould
1 year ago
It’s safe to say Darryl Sutter is familiar with what Trevor Lewis can bring to a hockey team.
After all, Calgary’s head coach heavily relied upon the right-handed forward in all six of his seasons at the helm of the Los Angeles Kings. Lewis averaged at least 1:15 of penalty-killing time per game in each year of Sutter’s tenure and provided tremendous defensive value in all situations.
Sutter and Lewis won two Stanley Cups together in Los Angeles, with Lewis amassing seven goals and 14 points in 46 playoff games over the Kings’ 2012 and 2014 championship runs.
Now 34, Lewis is set to reunite with his old bench boss as a member of the Calgary Flames come the start of the 2021–22 season. Despite his $800,000 salary (just $50,000 more than the NHL’s minimum), Lewis is almost guaranteed to occupy a spot on the Flames at the conclusion of training camp.
Lewis is a respected veteran player and his relationship with Sutter will undoubtedly grant him a longer rope to begin the season. He’s capable of slotting in on the right wing or down the middle.
That said, Lewis wasn’t brought in purely to appease the new head coach. He’ll likely be tasked with a tough assignment right out of the gate: to try and replace Derek Ryan.
Compared to Lewis, Ryan is practically a fresh-faced NHL newcomer. Lewis will likely surpass the 800-game threshold while playing with the Flames in 2021–22; Ryan currently sits at 345 contests and has two fewer Stanley Cups.
Nevertheless, Ryan is actually 10 days older than Lewis. The 34-year-old left the Flames on July 28 to sign a two-year deal with the Edmonton Oilers.
Ryan’s deal in Edmonton carries a $1.25 million AAV and runs one year longer than Lewis’ pact with the Flames. It’s certainly a step down from the three-year, $3.125 million AAV contract he signed with Calgary in 2018.
Compared to most of Brad Treliving’s unrestricted free agent signings as Calgary Flames general manager, Ryan proved to be a bargain. He matched his career-high with 38 points in 81 games during the 2018–19 season and added 29 points in 68 games the following year.
Ryan’s offensive output — and his on-ice shooting percentage — decreased in the final year of his contract but he still provided excellent value at both ends of the ice. According to Evolving-Hockey, he ranked sixth on the 2020–21 Flames at 6.7 expected goals above replacement (xGAR) and contributed $4.8 million of on-ice value.
Replacing Ryan will not be easy. It’s unclear whether he’ll provide the same value in Edmonton — he has relatively few miles on his NHL odometer but, well, 34 is 34 — but it’s hard to ignore how useful he was as a Flame.
Lewis, like Ryan, shoots right. At 6’1″ and 202 pounds, he’s three inches taller than Ryan and weighs 17 pounds more. He’s also coming off a four-year stretch of middling defensive results and was one of the NHL’s least impactful offensive players in 2020–21.
The Winnipeg Jets signed Lewis to a one-year deal in 2020. Including both the regular season and playoffs, he appeared in all 64 of the team’s games and scored 10 points (five goals, five assists). Per Evolving-Hockey‘s model, Lewis posted the NHL’s 17th-worst offensive xGAR figure in 2020–21.
With Lewis on the ice at 5-on-5, the Jets allowed 1.99 expected goals per 60 (according to Natural Stat Trick); the Jets ranked 27th in the NHL in 2020–21 by surrendering 2.41 expected goals per 60 at even-strength. Lewis certainly helped the Jets reduce the quality of their opponents’ shot attempts.
However, unlike Ryan, Lewis failed to muster much of anything in the offensive zone in the 2020–21 season. According to NST, the Jets’ expected goals for/60 rate fell from 2.09 to 1.58 whenever Lewis hit the ice at 5-on-5; conversely, Ryan ranked 10th among the Flames’ 24 skaters on Evolving-Hockey‘s list with 2.0 offensive xGAR in 2020–21.
All of Lewis’ positive value in 2020–21 came in the defensive zone but it barely resembled that of his heyday in Los Angeles. He generated 1.6 defensive xGAR at 5-on-5 but continued a recent trend by being one of the least effective penalty-killers in the entire league, posting a shorthanded xGAR figure at or below -2.0 for the fourth time in his last six seasons.
Once upon a time, Lewis was able to stymie his opponents with smart plays on a consistent basis. He’s no longer as quick as he used to be and his scoring certainly hasn’t improved to counteract his decline as a defender. According to Evolving-Hockey, Lewis has provided positive expected defensive value in just one of his last four seasons.
Does Sutter have the key to unlock some unforeseen future potential present within Lewis? In two words: likely not. Lewis has been on a downward trajectory for many seasons and was extremely one-dimensional at his peak.
Among skaters who played NHL games in 2020–21, Lewis is the 34th-oldest under contract for the upcoming season. At this point, he’s probably not getting any better.
Lewis is a versatile and relatively durable player who has managed to extend his career on the back of his hockey IQ and defensive ability. He’s also cheap and his entire salary cap hit can be buried in the AHL if he performs at a lesser level than expected.
It made some sense for the Flames to sign Lewis. With Ryan gone and Sutter gearing up for his first full season back behind the bench, the team needed someone who the coach could trust as a defensive presence in the bottom-six.
At the same time, Lewis’ deleterious offensive impacts severely limit his overall upside. If he can’t contribute in his own end at a commensurate rate, the Flames should waste no time in seeking out a replacement. If either Glenn Gawdin or Luke Philp start strong in Stockton, it might not take long for one of them to earn a promotion onto Calgary’s fourth line.
Uncategorized
Recent articles from Mike Gould