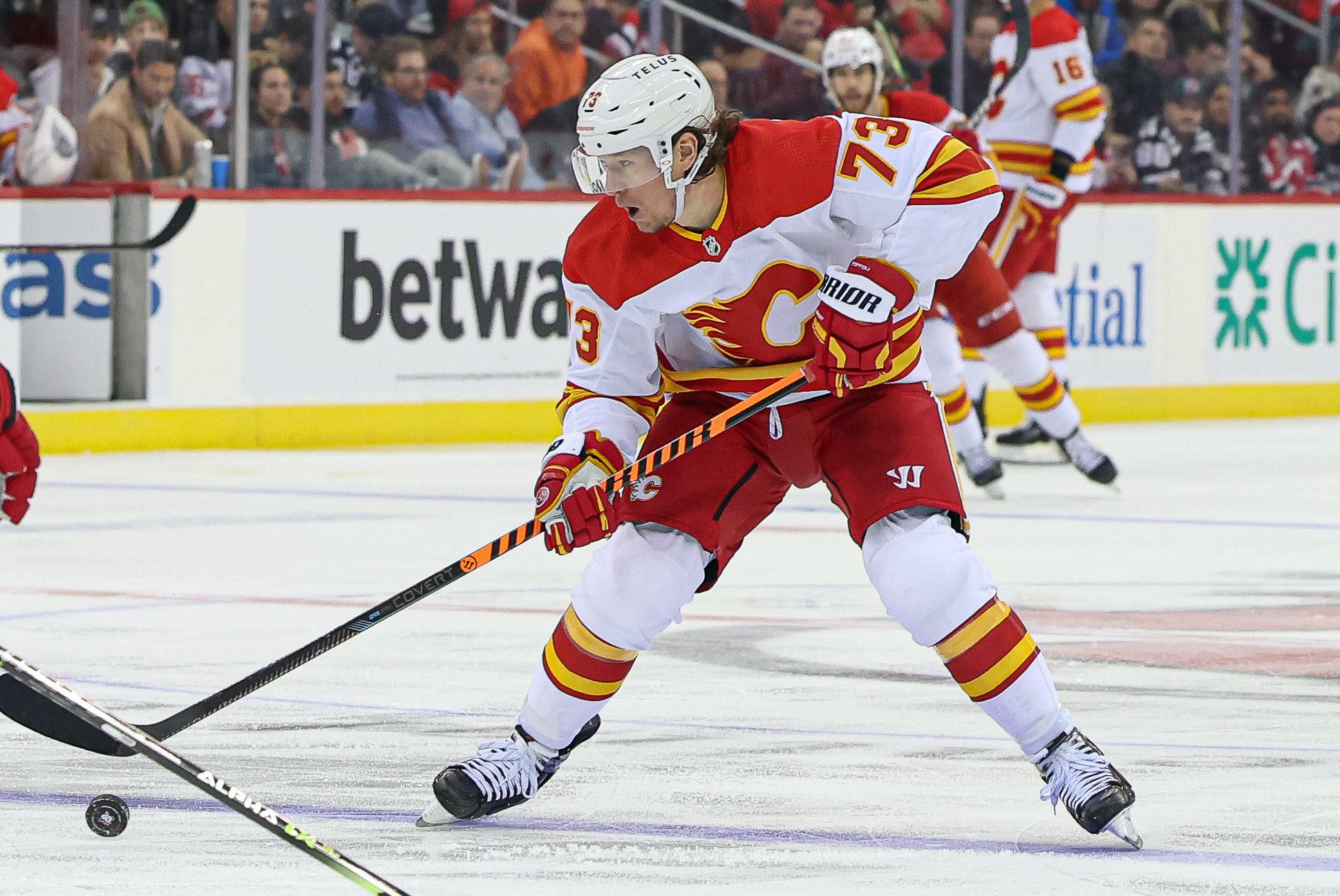 By Mike Gould
1 month ago
Calgary Flames forward Tyler Toffoli scored the 200th goal of his National Hockey League career midway through the second period of Saturday’s game against the Carolina Hurricanes.
Toffoli, 30, tied the game at two with 7:03 left in the middle frame after being sprung on a breakaway by Jonathan Huberdeau. The veteran winger raced in all alone against Hurricanes goaltender Antti Raanta before flinging a wrister into the top-right corner.
Huberdeau and Mikael Backlund picked up the assists on Toffoli’s seventh goal of the 2022–23 regular season.
The Los Angeles Kings originally selected Toffoli in the second round (No. 47 overall) of the 2010 NHL Draft. The six-foot winger from Scarborough, ON made the jump to the NHL in 2012–13 and emerged as a regular the following year, scoring seven goals in 26 playoff games as the Kings captured their second Stanley Cup in three seasons.
Toffoli spent parts of eight seasons with the Kings to start his career before being dealt to the Vancouver Canucks at the 2020 trade deadline. After spending a few months in Vancouver, Toffoli signed a four-year contract with the Montreal Canadiens as an unrestricted free agent.
The Flames acquired Toffoli from the Canadiens in February, sending Tyler Pitlick, Emil Heineman, and two draft picks the Habs’ way to facilitate the deal. Toffoli scored 11 goals and 23 points in 37 games with the Flames to close out the 2021–22 season before adding two goals and five points in 12 playoff contests.
Through 21 games with the Flames in 2022–23, Toffoli has seven goals and 14 points. He’s under contract through the end of the 2023–24 campaign at a $4.5 million annual cap hit.
The Flames and Hurricanes remain deadlocked at two through 40 minutes in Saturday’s game at PNC Arena in Raleigh, North Carolina. Adam Ruzicka has the other goal for Calgary; Seth Jarvis and Martin Necas have also scored for the home side.
News
Recent articles from Mike Gould