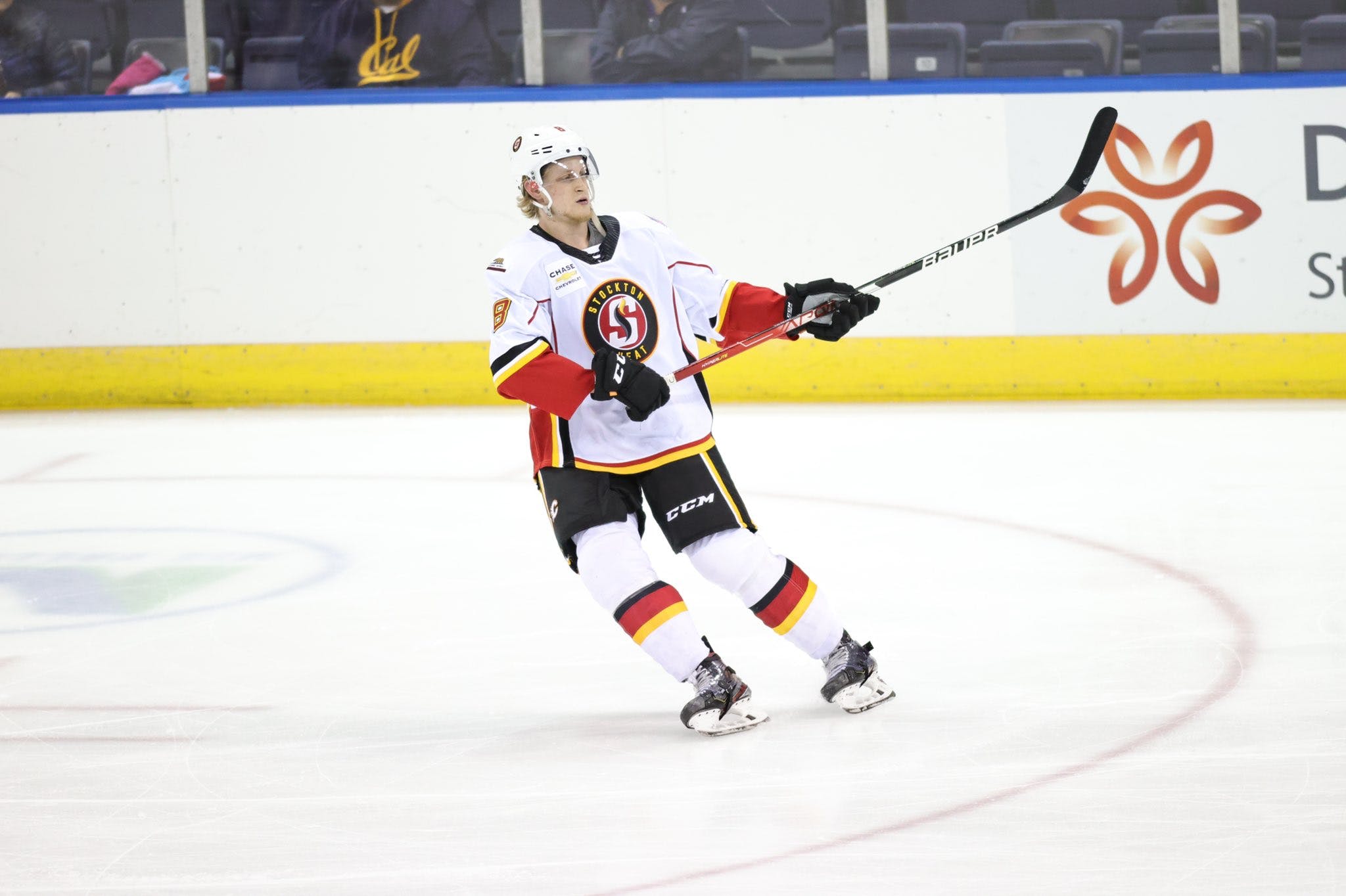 By Mike Gould
10 months ago
The Stockton Heat have placed defenceman @Juuso Valimaki, forward @Emilio Pettersen, and goaltender @Adam Werner in the American Hockey League’s COVID-19 protocol, the club announced Friday.
The Calgary Flames selected Valimaki in the first round of the 2017 NHL Draft. The 23-year-old left-handed rearguard has six assists in six games with the Heat this season; additionally, he has two helpers in eight contests with the Flames.
Pettersen, 21, was the Flames’ sixth-round selection in the 2018 NHL Draft. He has six points (one goal, five assists) in 20 games while playing in a reduced role with the Heat this season.
Werner, 24, joined the Flames as a non-tendered RFA from the Colorado Avalanche this past July. The 24-year-old netminder has a 4–2–1 record and an .880 save percentage in seven appearances with the Heat this year.
Per the AHL’s COVID-19 protocols, symptomatic players who test positive for COVID-19 must isolate and remain in protocol for at least 10 days before they can return to action. Asymptomatic players can exit protocol early after two consecutive daily PCR tests come back negative.
Without Valimaki, Pettersen, and Werner in the lineup, Stockton fell to the San Jose Barracuda by a 4–0 score on Friday.
Uncategorized
Recent articles from Mike Gould