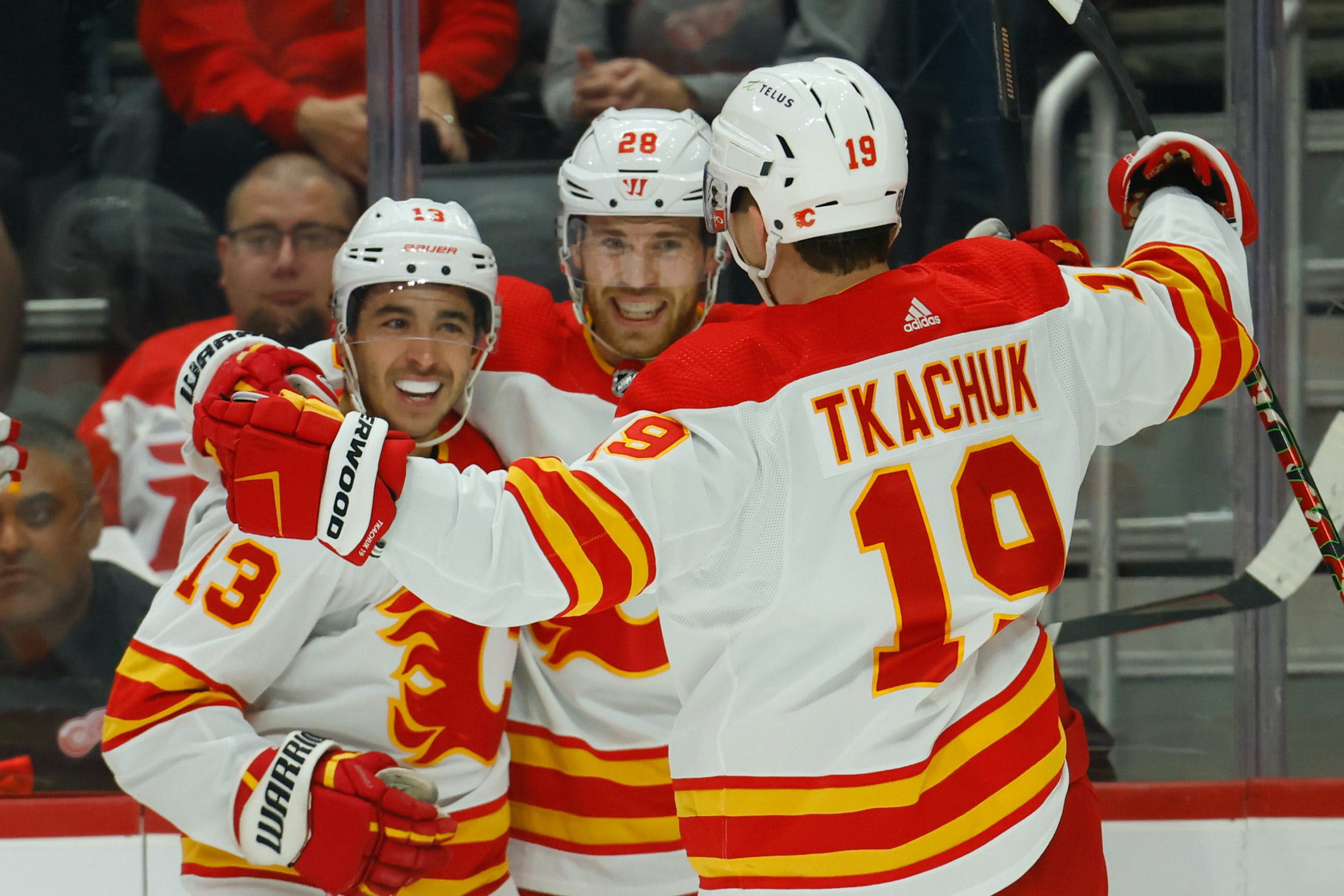 By Mike Gould
1 year ago
Calgary Flames forward @Elias Lindholm scored an incredible shorthanded goal in the first period of his team’s game against the Washington Capitals on Saturday.
With Juuso Välimäki sitting in the penalty box, Lindholm broke into the Capitals’ zone on the forecheck and managed to muscle defenceman @John Carlson off the puck with a terrific individual effort.
With nobody between Lindholm and Capitals goaltender @Vitek Vanecek, the Swedish centre made a quick move to get the puck onto his forehand and fired a shot that deflected off the crossbar before hitting the back of the net.
Here’s the video of the goal, as posted to Twitter by Sportsnet:
Lindholm’s shorthanded goal put the Flames up 3-0 late in the first period. He previously scored at 5-on-5 on Saturday to give his team a 2-0 lead; @Andrew Mangiapane opened the scoring for Calgary just 9:27 into regulation.
With his two goals in 20 minutes against the Capitals, Lindholm now sits in a tie for third in the NHL with five on the season. @Connor McDavid and @Anze Kopitar have six; Lindholm, @Kyle Connor, @Tyler Bertuzzi, and @Zach Hyman all have five.
The Flames currently lead Washington 3-0 in the first intermission. @Dan Vladar made eight saves for Calgary in the first period.
Uncategorized
Recent articles from Mike Gould