WATCH: Milan Lucic turns back time with goal and assist in third period against Sharks 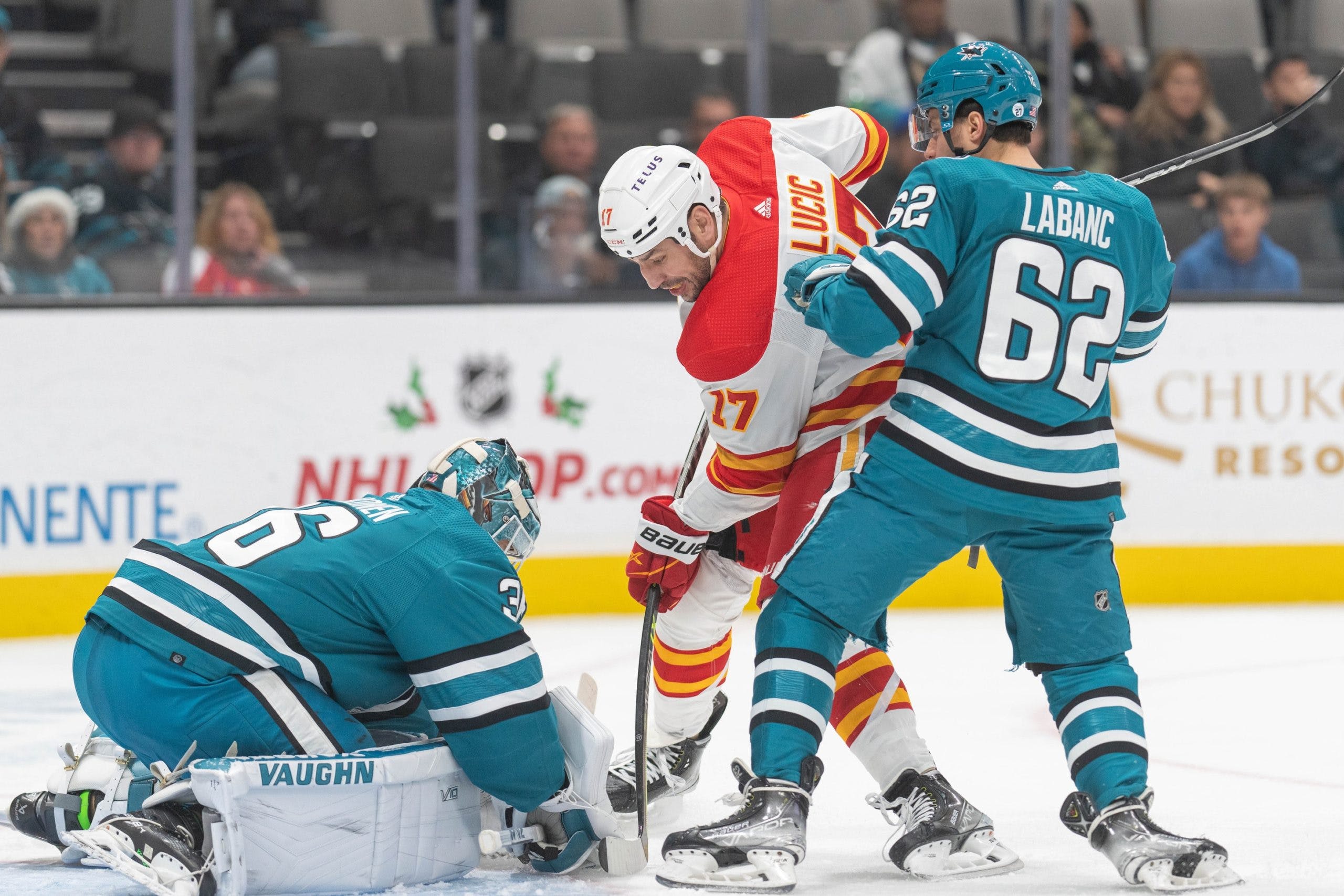 By Mike Gould
1 month ago
Calgary Flames forward Milan Lucic made an outstanding pass to set up a goal by Nazem Kadri before scoring one of his own in the third period of Tuesday’s game against the San Jose Sharks at SAP Center.
The big man carried the puck down the left side in the offensive zone before sliding a backhand feed to a streaking Kadri in the slot. Kadri received it cleanly and fired a quick wrister high over the shoulder of Sharks goaltender James Reimer to give the Flames a 4–3 lead.
Jonathan Huberdeau picked up the secondary assist on Kadri’s 12th goal of the season, which came at the 10:04 mark of the third period.
Lucic subsequently scored his second goal of the season (and in as many games) to give the Flames a 5–3 lead with 3:17 left in regulation time, sneaking a shot through Reimer from the bottom of the right circle.
Through 30 games with the Flames this season, Lucic has two goals and six points. Three of those points (including both goals) have come in the last two games in San Jose. Lucic is set to become an unrestricted free agent in July 2023.
All in all, Toffoli and Kadri scored two goals while Lucic, Dillon Dube, and Trevor Lewis chipped in one each in a 7–3 Flames victory over the Sharks to seal a back-to-back sweep. Jacob Markstrom made 24 saves for his second consecutive victory.
The Flames improved to 15–12–6 on the season with the win; the Sharks fell to 10–18–6. The two teams will meet again this season, both times in Calgary, on March 25 and April 12, 2023.
In the meantime, the Flames will continue their west coast road trip with back-to-back games against the Los Angeles Kings and Anaheim Ducks on December 22 and 23, respectively. Both games will start at 8:30 p.m. MT, with the latter being broadcast nationally on Sportsnet One.
News
Recent articles from Mike Gould