What can Nazem Kadri bring to the Calgary Flames? 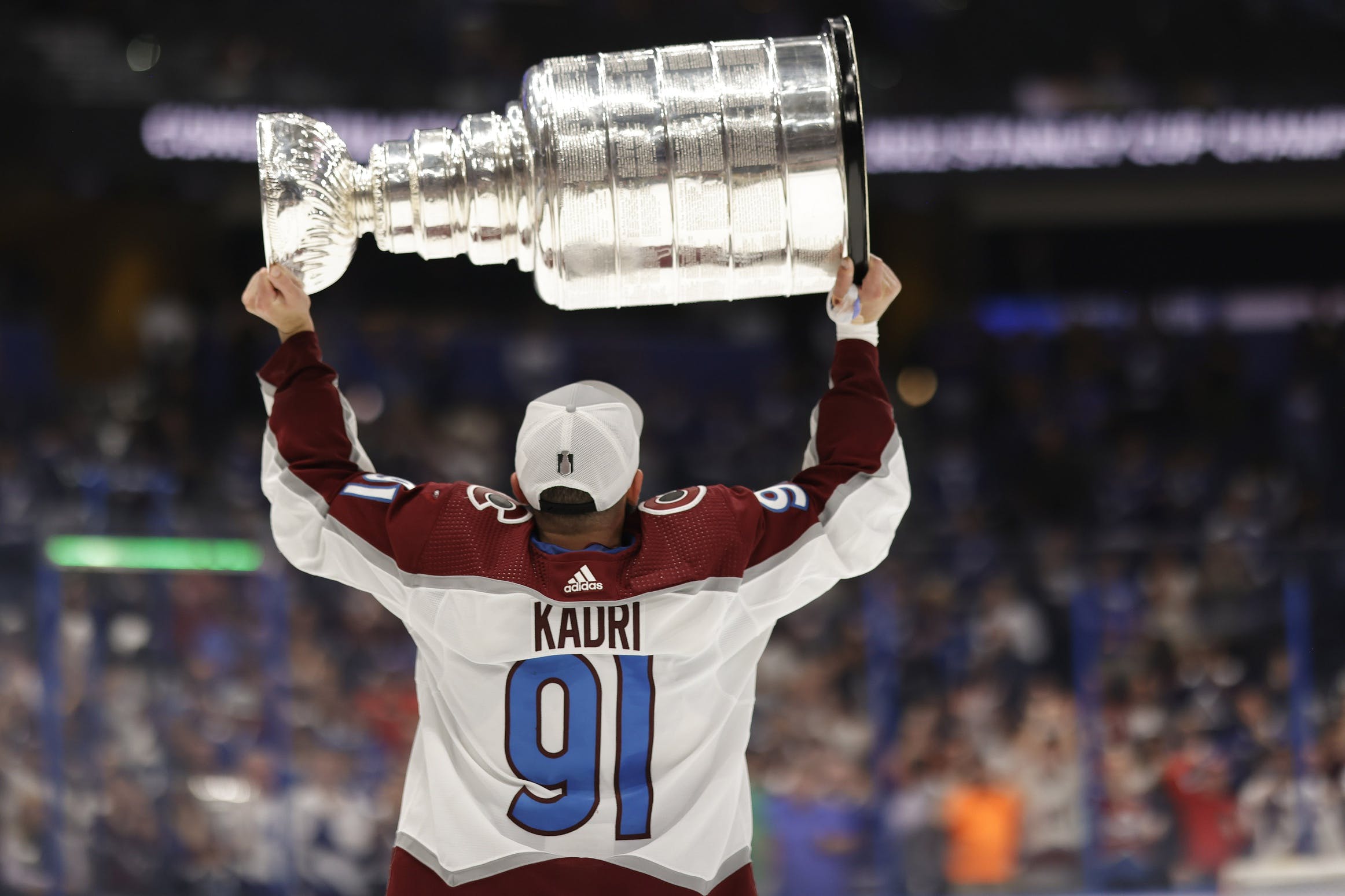 By Shane Stevenson
3 months ago
On Thursday, the Calgary Flames bolstered their forward core by going out and getting Stanley Cup Champion centre Nazem Kadri. A four-time 20 goal scorer Kadri brings what Flames general manager Brad Treliving described as “skill and snarl” to what should be a competitive roster.
Let’s dive in to the skill of things and see what Nazem Kadri is poised to bring the Calgary Flames.

Kadri instantly gives the Flames something they haven’t truly had in many seasons – proper centre depth. Lindholm already has experience taking the big match-ups which will allow Kadri to slide in against lower skilled defensive coverages. This also allows Mikael Backlund to get the same advantage as Kadri, providing Calgary with 3 above quality pivots all slotted into proper roles. 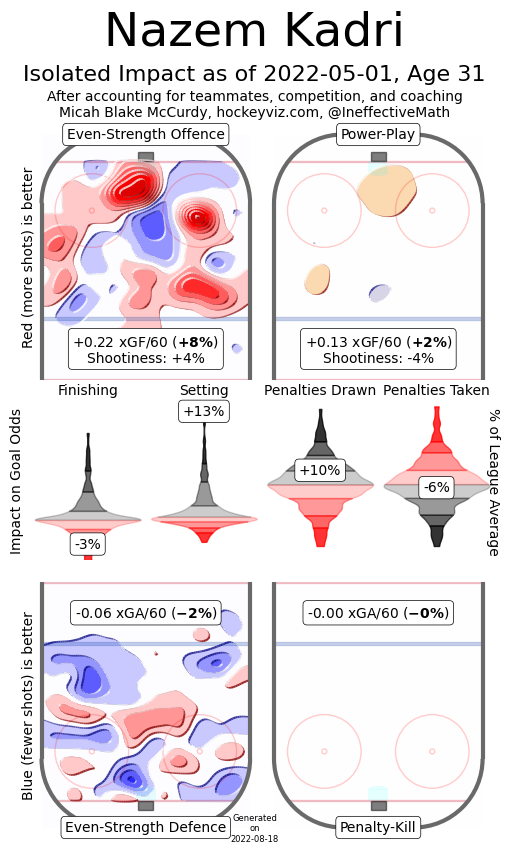 Kadri is more of an offensive player than a defensive one. He has been an excellent setup man over his career and always finds a way to score without falling into an extended slump. Not a player afraid of the dirty areas of the ice he also is very adept at knowing how to keep offensive possession alive. A go-to for him is passing back to his defenceman, and with Calgary’s currently assembled D-core he’s going to be putting the puck in very capable hands whenever he does.
A constant since the start of his career, Kadri has always been able to impact his team’s power play in a positive manner. Back in his Toronto Maple Leaf days he played as an option from the mid-slot. In Calgary that role is currently occupied by Lindholm. Naz has a knack for getting good scoring opportunities, but I still think Lindholm has the better pure release. The bumper position is currently vacated by Tkachuk’s departure, and it would not be crazy to see Kadri fill that role.
Eventually they may go to a system that involves more physical movement to open up lanes instead of relying on quick passing – but that’s another conversation for another day.

The number one echo I’m getting from outside the Flames fan base – are fans not concerned with the age and term of Kadri’s contract? It’s not of an immediate concern for a variety of reasons, number one being the reality that the Flames are going for it today and not trying in the slightest to rebuild.
Kadri is coming off a career year yes, but that doesn’t mean his production is going to instantly fall of a cliff. Even if he were to revert back to the form, he had prior to the 2021-22 season it will still be what Calgary themselves were needing. Nobody is expecting Kadri to come in and be a point per game player, providing second line offensive production for the immediate seasons with some hopeful playoff success. Those are the goals. 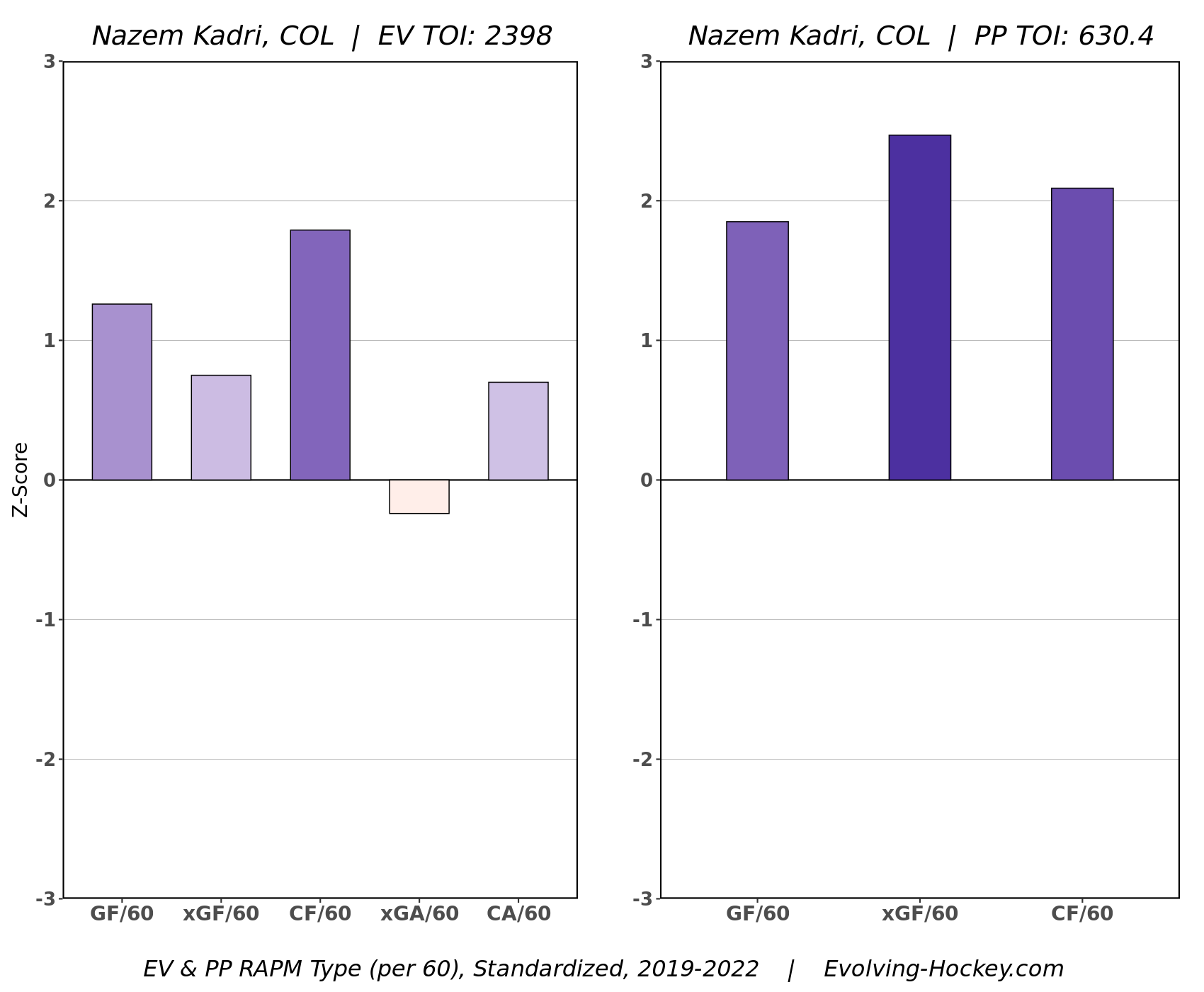 He is bringing an above average finishing ability, a consistency in being a top 6 offensive creation threat, a very heavy possession driven game all wrapped up with an ability to be a massive power play booster.
Years 5-7 of the contract are a long way away – the NHL will look completely different by then. Things change fast and nothing is impossible.

Cap wise the Flames had to move out sixth leading franchise goal scorer Sean Monahan. In order to send him and his $6.375 million contract to Montreal the Flames had to attach an extremely complicated first round pick.
Most of the roster is only signed for two more seasons – Backlund, Lindholm, Toffoli, Dubé, Rooney, Hanifin, Tanev, Zadorov and Kylington all with expiring deals after the 2023-24 season. Calgary can stay competitive and will have more than enough money to extend anybody they see as a core piece. (Lindholm, anybody?).
Another factor at play going forward is the possibility of a rising salary cap. At some point during the seven-year Kadri deal the players will pay back their escrow debt. When that happens the cap will be able to rise significantly – which only makes Kadri’s price more and more comfortable. The cap already rose $1 million going into 2022-23 and by the 2026 season could be $5-7 million more yet, the current price is hardly of any concern.
I’m not going to say the tail end of the contract will be sunshine and daisies – only time can truly tell how it’s going to go – but Kadri is just what Calgary needed to stay competitive in the now. The window to shoot for Lord Stanley is open for at least two years in Calgary – and with how things project they could extend it up to four or five years.
Flames fans will enjoy watching Nazem Kadri give his all every single night in the Flaming C… and Blasty.