Who is winning the battle to become a middle six right winger? 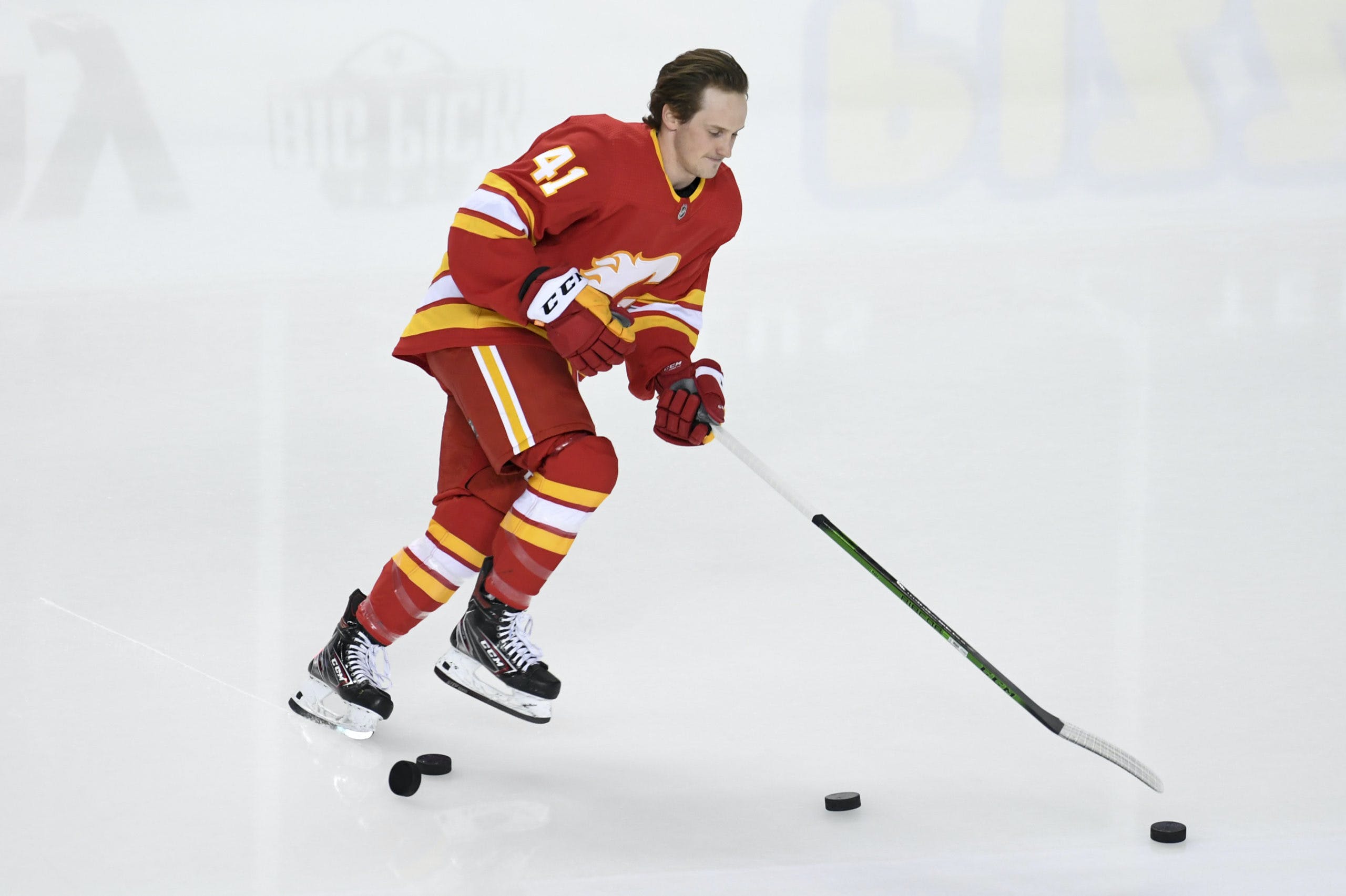 By Robert Munnich
4 months ago
We have passed the halfway mark of the Calgary Flames pre-season schedule. One of the more interesting battles for a roster spot has been for the opening in the middle six on right wing. Heading into training camp, Sonny Milano, Adam Ruzicka, Jakob Pelletier, and Matthew Phillips were the top contenders to earn that roster spot. But a dark horse candidate has emerged in this battle: Connor Zary.
Let’s take a look at who has put themselves in the best position to earn that spot in the lineup with some video to back it up.

Phillips has only played in two of the Flames five preseason games so far. But he has been one of the top offensive play drivers on the entire Flames roster so far. Phillips consistently has an impact on the game in the offensive zone. In both games he has played in, Calgary sent their B team on the road to face off against NHL regulars in Vancouver and Seattle.  In those games, Phillips was the primary driver of offence. He is skating well, he is dynamic with the puck, and has outstanding vision and creativity.
The only thing holding him back is his size, strength, and shot. He is listed at 5’6″, 140 pounds. He would be the smallest player in the NHL if he were to crack the opening night roster. Phillips might have a hard time in the NHL in board battles, protecting the puck, and dealing with the physicality of the NHL game.
Despite his physical flaws, Phillips has proved that he can be an effective offensive player at the professional level. He deserves a chance to get to play with NHL players in two or all three of the Flames final preseason games.

Zary has been the most pleasant surprise of Flames training camp so far. He has come into the Penticton Young Stars tournament and the pre-season looking like a new player. His skating has improved significantly over the last two seasons, he is playing with a lot of confidence and has been one of the Flames best puck carriers through the neutral zone and gaining the offensive zone with possession.
Even head coach Darryl Sutter, who does not dish out praise easily, had nice things to say about Zary after the Flames 2-1 loss to Edmonton on Friday night.
I didn’t think Zary was going to be competing for a roster spot heading into camp. But he has been too good not to include him on this list.

Milano was brought into Flames camp on a PTO and was the front runner to win that right wing role in the middle six. So far, Milano has not done enough to earn that spot. But there is still time for him to prove he is capable of doing so. The one thing going for Milano is that he has not had the opportunity to play on a line with either Mikael Backlund or Nazem Kadri, his two most likely linemates if he makes the team. Milano has been playing preseason games on a line with the likes of Cody Eakin, Cole Schwindt, and Adam Ruzicka. Let’s see if Milano’s skill can come out when playing with Nazem Kadri and Andrew Mangiapane in two or three of the Flames remaining preseason games.

Based off his performances in Penticton and the pre-season, Pelletier has not showed Flames fans, coaches, and management that he is ready for a top nine role in the NHL. There have been a couple positives to his game including his strong penalty killing abilities. But it is evident that he will need to spend some more time in the AHL with the Wranglers this season. Pelletier has not made much of an impact offensively in three games in Penticton and two NHL preseason games. He has struggled to make plays in the offensive zone and keep up with the pace of the game.
It is a good thing for Pelletier to play a big role in the AHL this season. Let him play on the first line, first power play unit, and first penalty kill unit. Give him a ton of reps in an important role for the Wranglers. That is likely what would be best for his development.

Ruzicka has been one of the more disappointing players so far in Flames training camp. He has been given some great opportunities by the Flames coaching staff to succeed, and he hasn’t taken advantage of it yet. On Friday in Edmonton, Ruzicka was put on the Flames top line with Jonathan Huberdeau and Tyler Toffoli. Unfortunately, he was not able to take advantage of the opportunity as he played a quite game.
The most frustrating part of Ruzicka’s game is his lack of physicality. Ruzicka is listed at 6’4″, 220 pounds and built like a Greek God. He is an incredibly strong player. But you would never know that when watching him play. He has been getting knocked off of pucks easily, losing battles, and not using his size for things like protecting pucks when he has control in the offensive zone. Ruzicka needs to increase his intensity level and become a more physical presence if he wants to become a full time NHL player. His size should be used a strength in his game, not a weakness.
One thing to keep in mind is that it is not critical for the Flames to find a permanent fixture for this role in the preseason. They can start the season by using a player in their organization like Phillips, Trevor Lewis, or Brett Ritchie as a temporary solution.
Some players from other organizations will become available through waivers in the coming weeks. And the Flames can also be patient and make a trade for a right winger during the season like they did with Tyler Toffoli last year. Ideally, you’d like that player to come from within. And if that’s the case, Matthew Phillips is making a strong case that he deserves a shot to make the big club out of training camp.
Editorials
Recent articles from Robert Munnich